Got back on board a couple of days ago and then Andy joined me yesterday. After an early morning start we tried to head out via the pump-out station, but it was being repaired. So, we headed straight out into the canal and down towards the Oranjesluis. On the way we filled up at the fuel barge on the Nordzee Kanaal with 60 litres of fuel. Though a very convenient stop, it was clearly targeted much more at barges as any boat longer than us would struggle to moor on the inside of the fuel barge. Being a high pressure hose as well, we had to fill very slowly to stop it constantly cutting out! Still, they were very friendly and it was very convenient. We got to the Oranjesluis and there were just three boats in the lock (including us) – it sometimes pays to get up early. We also only had to wait about 10 minutes for the Schellingwouder bridge – we had time it to arrive just after its rush hour closure (between 7 and 9am).

Then we headed past marken and on to Enkhuizen. At one stage the wind indicator crept up to 6-7 knots of wind, so we optimistically hoisted full sail and crept along at around 3 knots. However, it didn’t last long and in the end we had to start motoring again. In fact the most strenuous part of the whole trip was putting on sun cream! Once at Enkhuizen, there was a constant stream of boats heading past the harbour master’s booth and one by one we were given berths. We had to head right back out to the other end into a box berth. We tried a new way of doing it (with just two of us it is trickier) and it worked really well until a fender got caught on one of the piles and flicked the bow round towards the next-door berth. The people on the boat next-door carried on chatting unperturbed by the incompetent English boat coming in alongside them. If I’d seen a British ensign, I would have jumped up with the pretence of helping (while all the time protecting my topsides) a lot quicker. Still – we got in unscathed.

After wandering around Enkhuizen for a while we found a lovely stop for a beer and tried some smoked herring – delicious. I may be tempted to get some for sandwiches tomorrow. 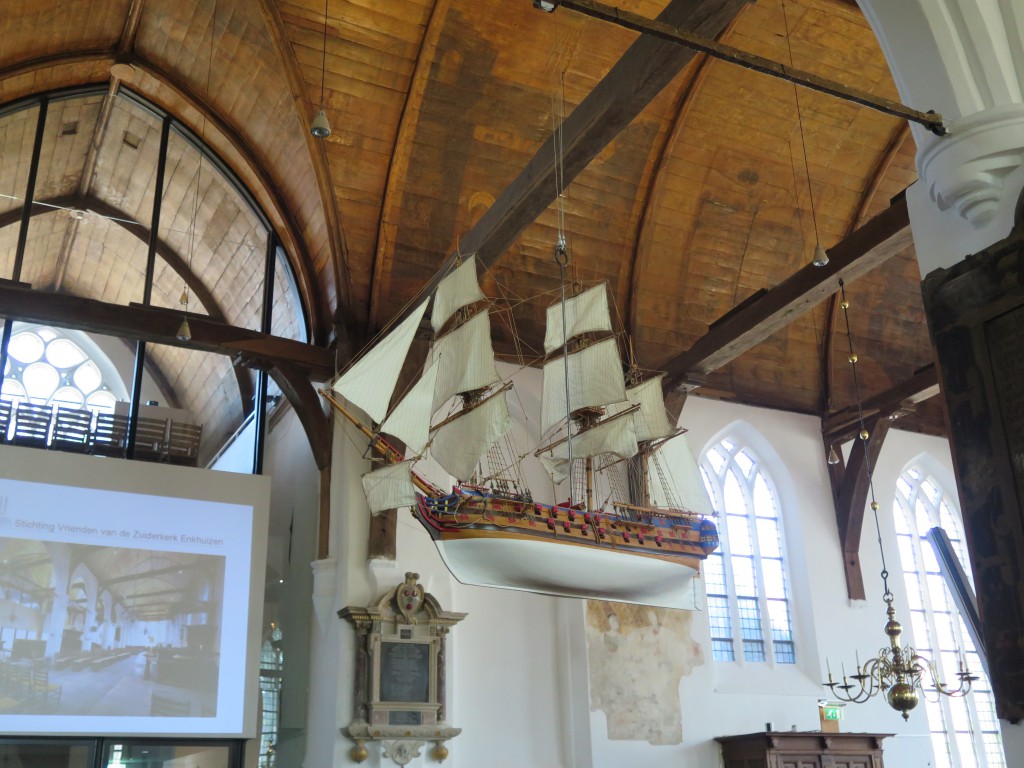