We’re back on board in Bangor at last. The boat has survived the winter reasonably well and seems moderately dry despite the appalling weather they have had here. We had to throw away a few pillows that were not worth sleeping on, but generally the boat looks good.

Today saw her taken out of the water for the weekend. We  motored round to the dock at BJ Marine and into the slings. She was then hoisted straight out with us on board. When the pulpit reached the height of the concrete, we just stepped off!

The fouling was not too great and even the prop had only slight barnacle growth on it. The engineer suggested that the fouling might have been less because of the higher than usual rainfall and snow. In the corner of the marina are two large pipes which bring in fresh water from a local river, so the water may have been less saline than usual resulting in less growth.

While she is put of the water the prop will be cleaned, new shaft anodes and prop anodes put in place and we will clean and antifoul her. Tuesday morning she will go back in the water. 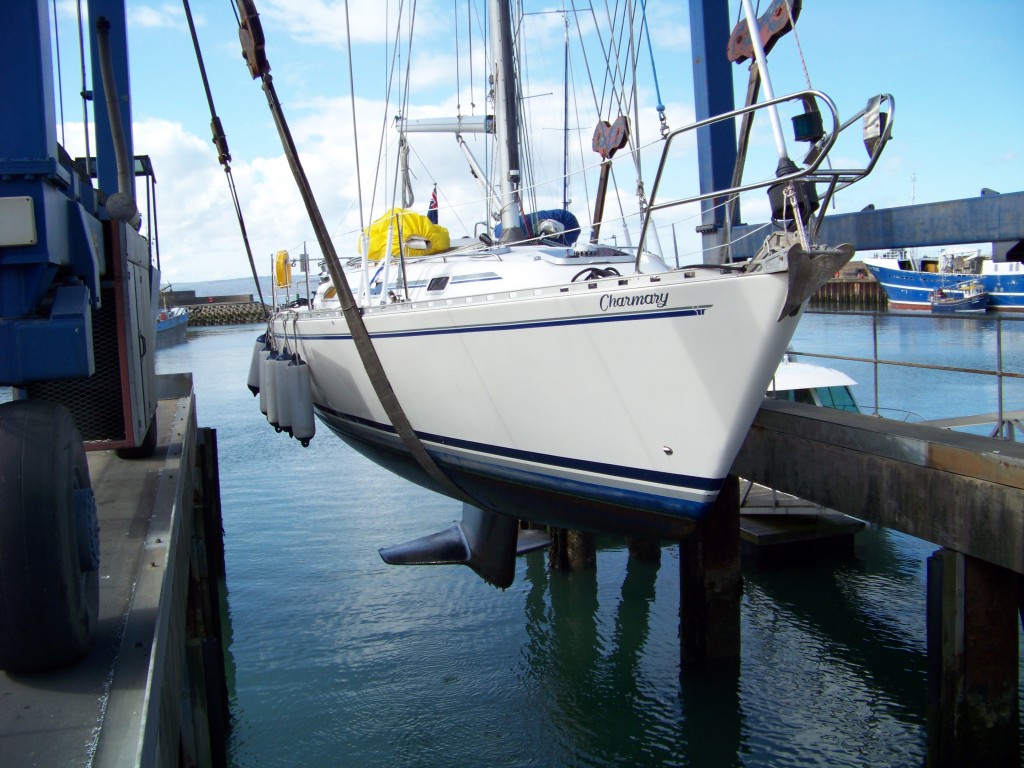