It’s been a busy winter with lots of work being done on the boat, but the final stages are now underway, so she will hopefully be ready for a shakedown cruise around the middle of April. After Christmas Richard helped me re-do the forward heads. With a move to Amsterdam, we won’t be able to use this heads most of the time, so it has been re-plumbed into the holding tank. This should allow us to keep using both heads. The whole boat has also been stripped out and cleaned – something that hasn’t been done for a few years! Other jobs done include:

The head gasket replacement proved interesting. Inside the valve chambers were three stainless tubes, looking a little like bullets. The engineer was mystified, but eventually worked out that they were spacers from the air filter. It would appear that an engineer at some stage has taken the air filter off for cleaning and the spacers dropped down into the valve chanbers. They have been bouncing around in there ever since – not good news for the engine, so it is a relief that I decided to have this work done.

Charmary is currently in the shed at Tollesbury and today 2 coats of epoxy and five coats of coppercoat were applied. She will then stay in the shed for nearly a week while this all cures. Hopefully that is a goodbye to antifouling for the next 10 years or so, but we will see …… 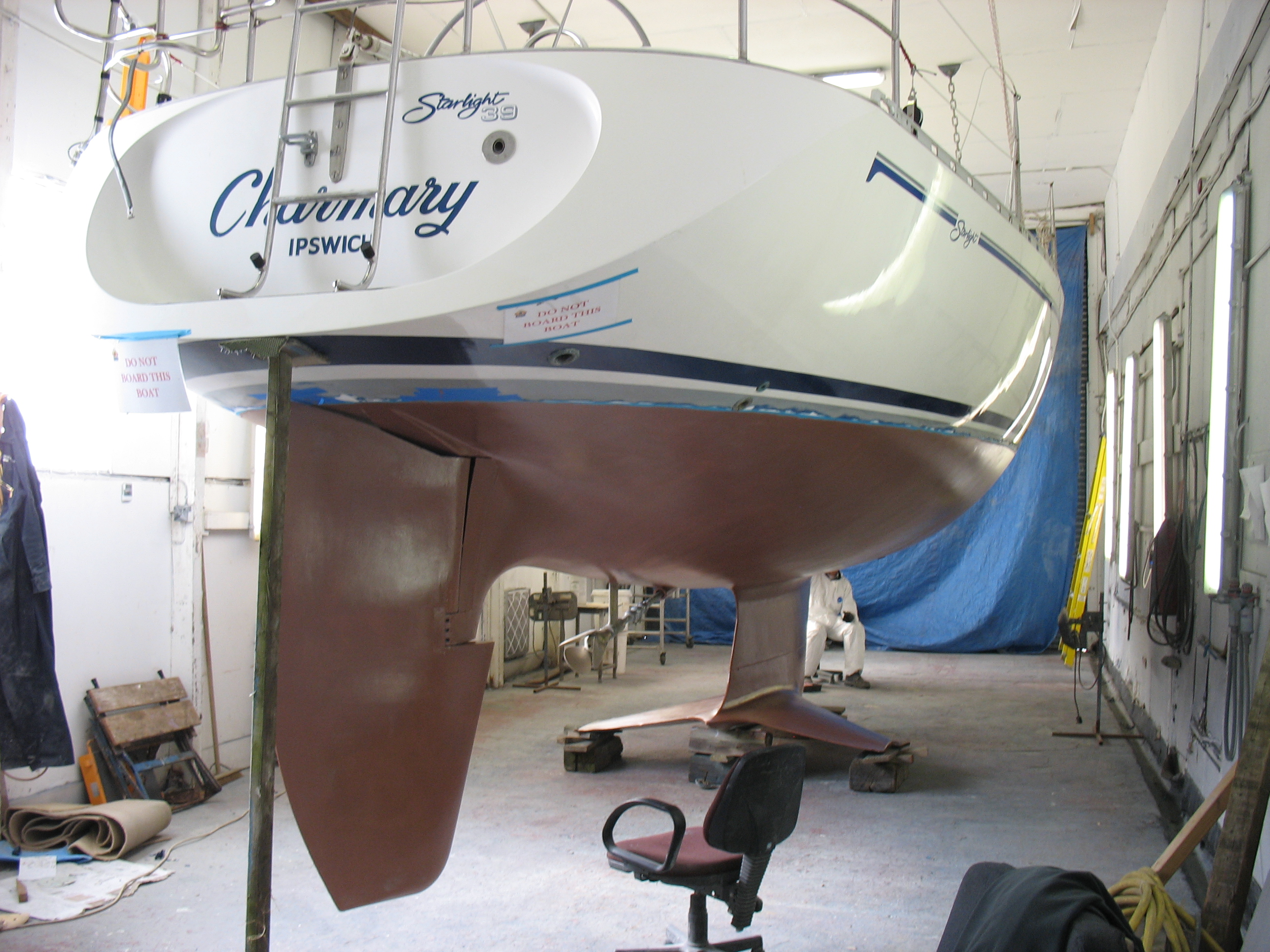