Charmary has the original Ford Mermaid Meteor 56HP engine. When being serviced last year the engineer heard a slightly odd sound and so, for its 25th birthday, I decided to replace the head gasket and give it a major overhaul. This all went according to plan until the final stages. The head had been overhauled, the injectors refurbished and everything checked, but when the engine was put back together again the combustion pressure was somehow getting into the coolant system.

The issue looks like being a crack in the block, but this is still not quite certain until the whole block comes out again. However, it does look like its time has come, so a new Beta 38 engine is on order and will hopefully be fitted by the end of May. 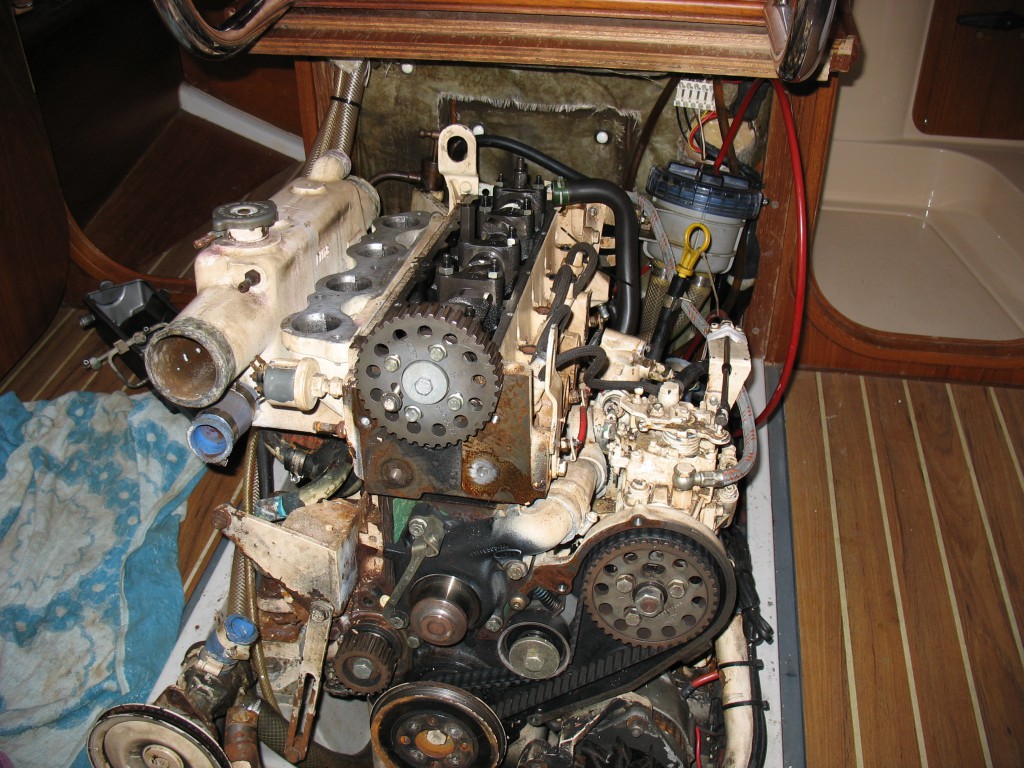