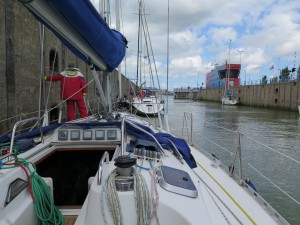 At last, the new engine is in and tested and we headed off. We left Tollesbury at 3pm on the tide. The intention was to head up the coast, round Long Sand Head and then bear away and reach all the way across to Flushing. The weather though, as usual, had other ideas. As we headed up the Wallet, the wind stayed determinedly in the North East, so we tacked all the way. Hoping to bear away round Long Sand Head, the wind went more into the east and started dying later in the evening. However, we kept sailing and around midnight the wind started getting up and for quite a while was a lovely 12-15 knots. We romped along at between 7.5 and 8.5 knots slightly off the wind for quite a few hours and managed to head up a little as the wind shifted back into the north-east.

As we approached the Groote Bank buoy the wind started increasing until it was top end of a F5 gusting 6 – on the nose. Lovely …..We took a couple of reefs in and several rolls in the genoa and kept sailing at a good pace – still making around 7 knots. This put us off the Scheur channel well ahead of when we expected to and we did have the last of the flood helping us in for some of the time. The final hour and a half though, the tide turned against us and the new engine got its first proper outing. By 11am we were locked in at Flushing (less than 20 hours), but then it was slow through the bridges of the Walcheren canal. In Middleburg, we met Andy and Phillipa who had come over the long way round via Ostend!

Now all we have to do is dry the boat out ……. and then find the leak in the anchor locker …… 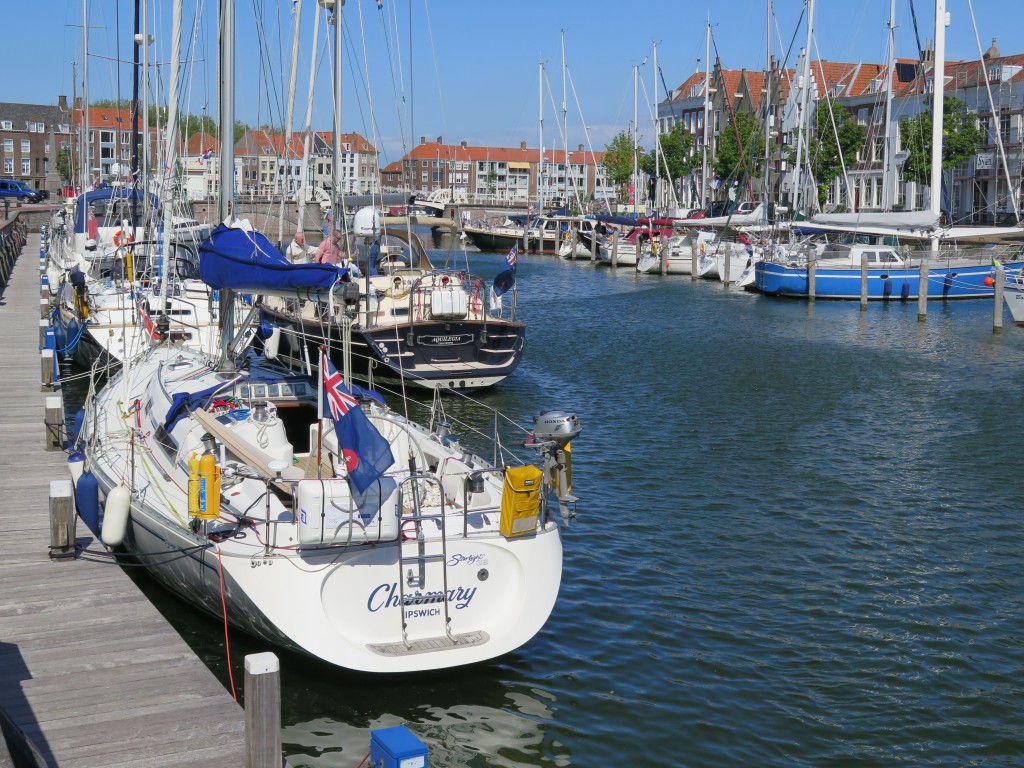