After what has seemed like a long winter, I am finally back on board and preparing the boat for off. The last couple of days has been a blur of activity – mostly good, but with Sod’s Law intervening a couple of times. The boat has been cleaned from end to end (ish), the sails and sprayhood put back on and the engine de-winterised. The first instance of Sod’s Law was trying to get the main back on. The gate for the roller cars on the main, despite having come off fine, decided it didn’t want to go back on. After dropping one of the screws several times, I ended up having to re-tap and cut a new bolt to go in there. However, despite some colourful language, it all ended up fine and the main is back on with all the reefing lines attached. The second appearance of Mr. Sod was not as good. In a fit of enthusiasm I decided to wash the decks. I should have known better than to do something this rash! While washing the decks, I hadn’t realised that the main hatch was cracked open. The laptop was underneath. A foot to the right and it would have been fine, but Mr. Sod must have moved it to position it precisely. It is currently, on Alex’s advice, encased in a bag of rice to try and dry it out. Fingers crossed. It does power up, but the keyboard is shorting, so it may just be possible to resurrect it.

I would love to say I have learnt from my mistake, but history does have a habit of repeating itself!

Anne has now arrived and Bob and Jilly are due tomorrow, so we will probably head off tomorrow afternoon some time. 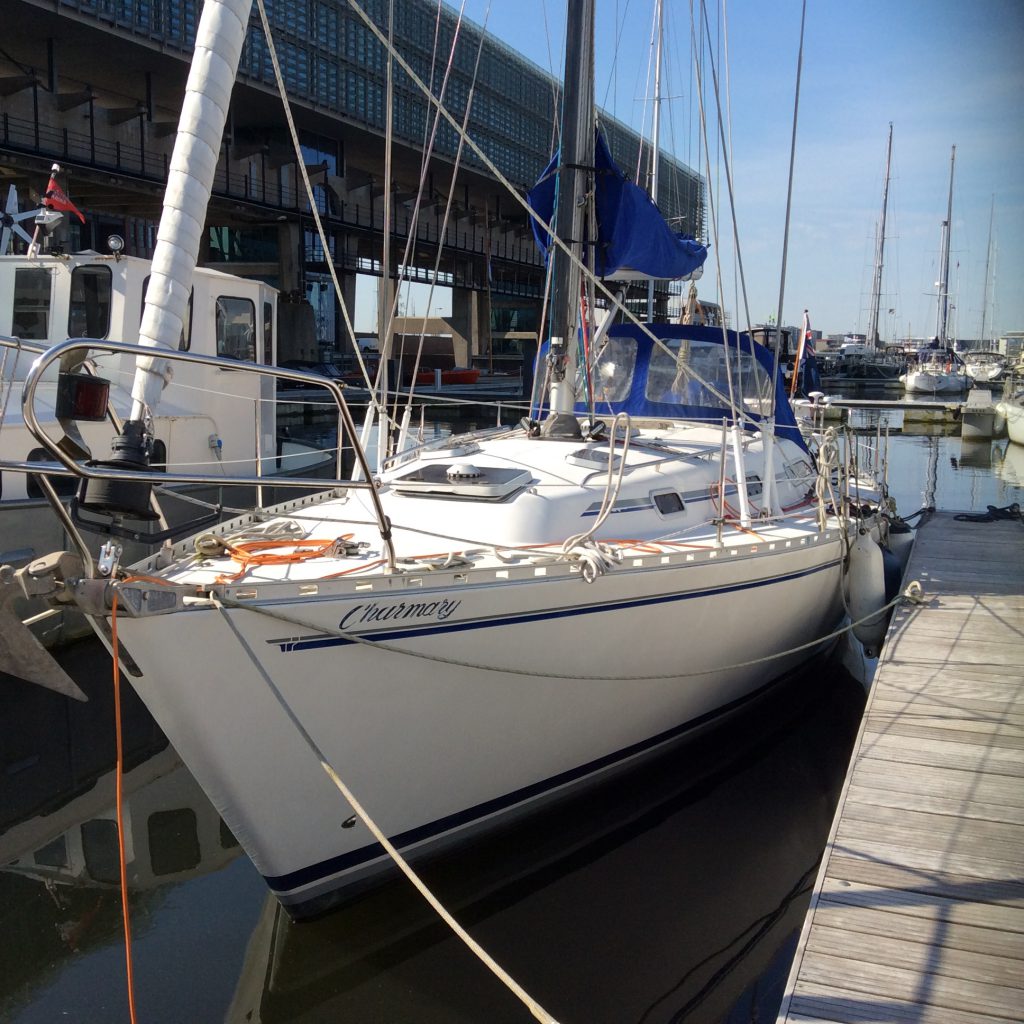