We started the day going ashore to have a look round Arholma. The cold wind yesterday had put us off, but it was worth waiting for. The island was beautiful. It is around 5km long and 2km wide, so had some good walking. While there were quite a few houses, it had a lovely open feel. There was even enough space for someone to have parked their helicopter! The location of the island meant it’s prosperity grew quickly from piloting ships as well as hunting, farming and fishing. During the winter, many of the ships were stored in Osterhamn. The permanent population is around 70 people but over 600 move in during the summer season.

The village was lovely and the restauarnt by the steamer jetty had one of the best archipelago locations (with an outdoor dance floor), but sadly it wasn’t yet open. Looked well worth returning to though. We then walked to the north of the island where a cold war period fort had been repurposed as part museum and part activity centre. Then we walked back and finally realised that we had walked straight past the path to the lighthouse – the Arholma beacon. It was completed in 1768 and is partly built from stone from Lido Castle which was turned down by the Russians in 1719. We then walked back to Osterhamn where many of the boat houses are no longer in the water due the the land elevation in the intervening period.

Around 11am we set off planning to head for Ingmarso. We stopped at the pump-out barge first and then headed off retracing our steps from the previous day. Ingmarso was around 30 miles, but the prospect of motoring 30 miles in the beautiful weather (the breeze was very light) seemed a little gratuitous, so we decided to head instead for Furusund and try the Gasthamn there. We had a lovely sail, albeit slowly and arrived at Furusund around 3pm. While it is on the main channel into Stockholm, the wash from the ferries and cruise ships doesn’t seem too bad as they are limited to 8 knots through this section. The guest harbour is not exactly full, so with just three boats there (including us), we were able to go alongside rather than using the stern buoys. It is still early season here. In total we did 15.6 miles. For details of the track, follow the link below:

Just by the guest harbour in Furusund is an intriguing rock carving. In July 1463 a fleet commanded by King Christian I anchored at Furusund on their way to Russia. The carving is now well above the waterline, but was probably at that time on the water’s edge, given the land elevation which has taken place. The carving shows a compass rose with various noblemen’s coats of arms and a Royal Crown pointing north. It is the oldest known image of a compass in the Nordic countries. 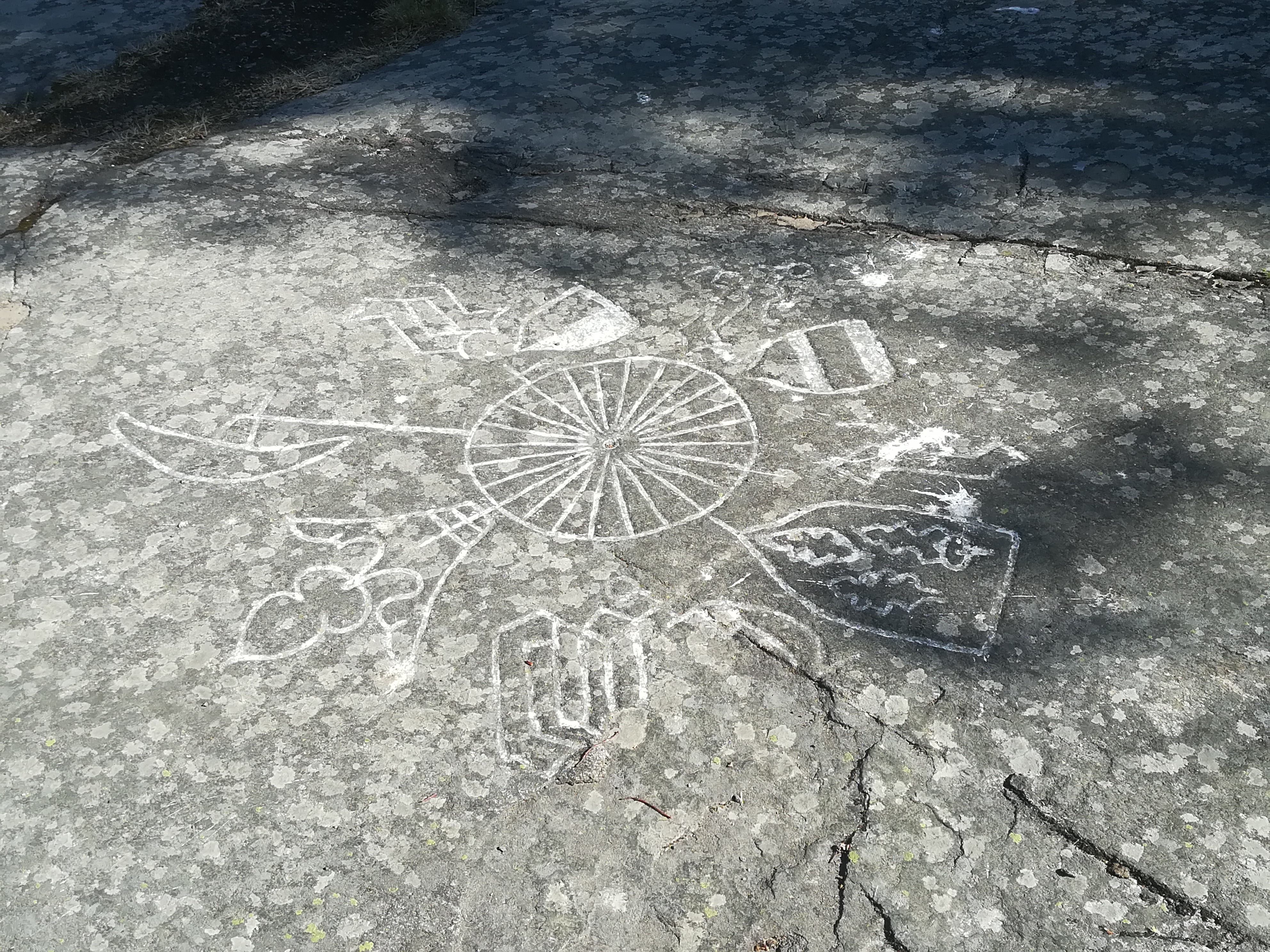