Possibly the slowest average speed of the whole trip for this passage, but this made it all the more interesting. The passage was the night convoy around Amsterdam. At either end of the Schinkel canal are major road and rail bridges and these are only opened for very short periods around midnight. During the early evening, a load more boats appeared including Hoppetosse with Andy Hobden and Philippa and a Starlight 35 who moored next to us with Garth Cooper on board. As well as being the East Coast Pilot author, Garth is also an ex-Woolverstone project Governor and currently works some of the time with EAST. He was helming the Starlight for a visually impaired skipper – the boat being from Titchmarsh.

Having ‘signed in’ by ringing the Nieuwe Meer lock keeper, we were told to listen out on VHF 22 for the time of the first bridge. This was done completely in Dutch and so, none the wiser, we asked the nearest Dutch boat! The bridge was apparently at 10 minutes to midnight and at quarter to on the dot, there was a red and green warning light. Everyone rapidly cast off in quick succession and we were the hustled through the bridges and into the lock by the bridge keeper shouting ‘encouragement’ (or at least we think it was that!) from his control tower high above the bridge. Once through the lock we then slowly worked our way round the edge of Amsterdam through around 10 bridges.

After the last bridge we made our way across the North Sea Canal and into our new berth – O4 – in Amsterdam Marina. We arrived around 2.30am. 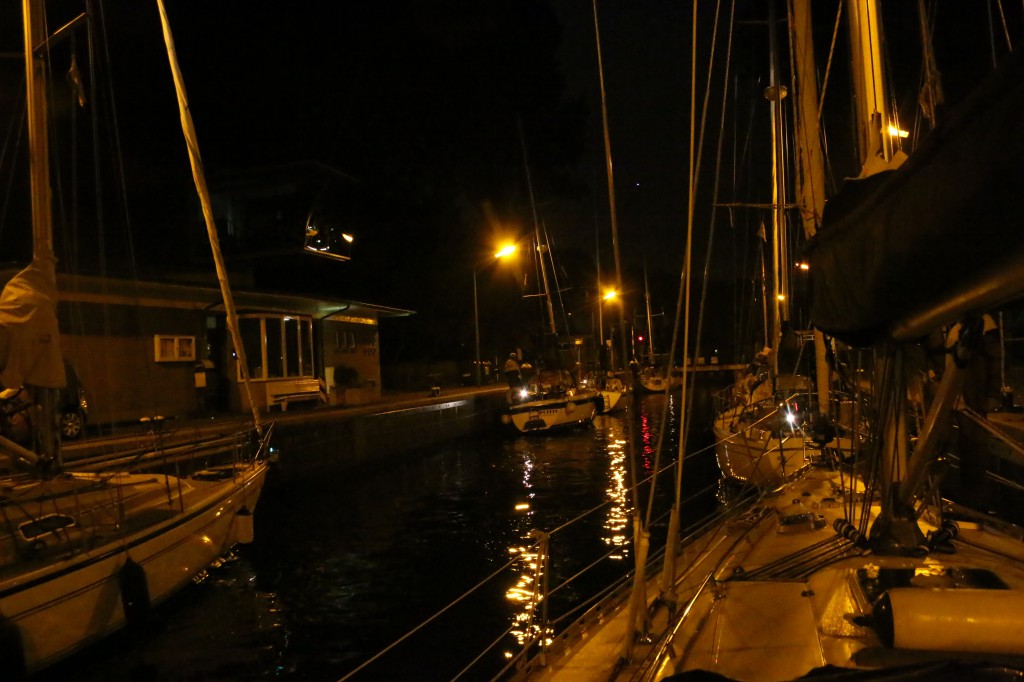