Lauwersoog to Brusbuttel – 119.2 miles in 26 hours and 50 minutes. Today’s trip was a passage. Having got a bit behind, we decided to head for the Kiel Canal in a single hit and so set off from Lauwersoog at 10.05am. This was a little earlier than the passage plan dictated, but we wanted to make sure we had plenty of water through the Seegat out past Schiermonnikoog island. The channels between the islands change regularly and the map in the harbourmasters office had various updates pinned on it, so we updated the electronic charts and headed out. Even the updated charts were slightly disconcerting. The positions of the buoys are all updated but not the soundings, so it looks like the channel goes straight over all the mudbanks! We had allowed a departure just before mid-tide so the ebb could help us out through the channel and to ensure we would still have enough water through the channel. In fact we were far too cautious and had a minimum depth of 4.2m around 2 hours before low water. 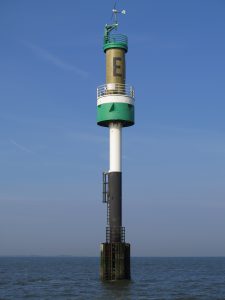 We had a lovely breeze when we left – a SW 4-5 which made getting into the lock a little interesting, but would have been a lovely sailing breeze had it lasted! It fairly quickly went round to the east and we had to motor sail initially and then motor more or less the whole way. During the night, the breeze more or less vanished after giving us a very awkward motor all evening into an E4-5. The rest of the night was very pleasant and we even saw some stars for the first time. Running through the inshore traffic zone between the Frisian Islands and the Elbe TSS schemes was quite straightforward and we just had to avoid the new windfarms and the mass of ships anchored ready to go into the Jade river. The plan was to arrive south of the Elbe buoy at HW Helgoland -0500, but because of our early departure we were a couple of hours early, so we did have to buck some ebb into the Elbe. Once in, it was just a matter of buoy hopping all the way down. The Elbe is narrow and there is a small gap between the edge of the channel and the main river. Going down with all the ships going past constantly felt a little like driving a Smart car down the hard shoulder of a motorway with trucks 100-150m times your size thundering close past on the main road. To add to the mix there was a mass of fishing boats wandering through the midst of it all like demented pedestrians not quite sure what they had blundered into.

We arrived at the Brusnbuttel locks just before midday and had to wait around half an hour to be let into the old locks. A ship was allowed in first and then all the yachts had to make their way in around it. As one of the last in, we ended up a couple of feet away from the stern of the ship alongside a huge catamaran with another not quite so charming Dutchman alongside us as well. Stress levels rose considerably ….. Once the lock was filled we had to back off from behind the ship and make our way round it to get out. An interesting experience all round. We moored more or less straight away at the small visitor harbour directly by the locks and have spent a pleasant afternoon watching the ships go very close by … The day could be summarised as close encounters of the ship kind! 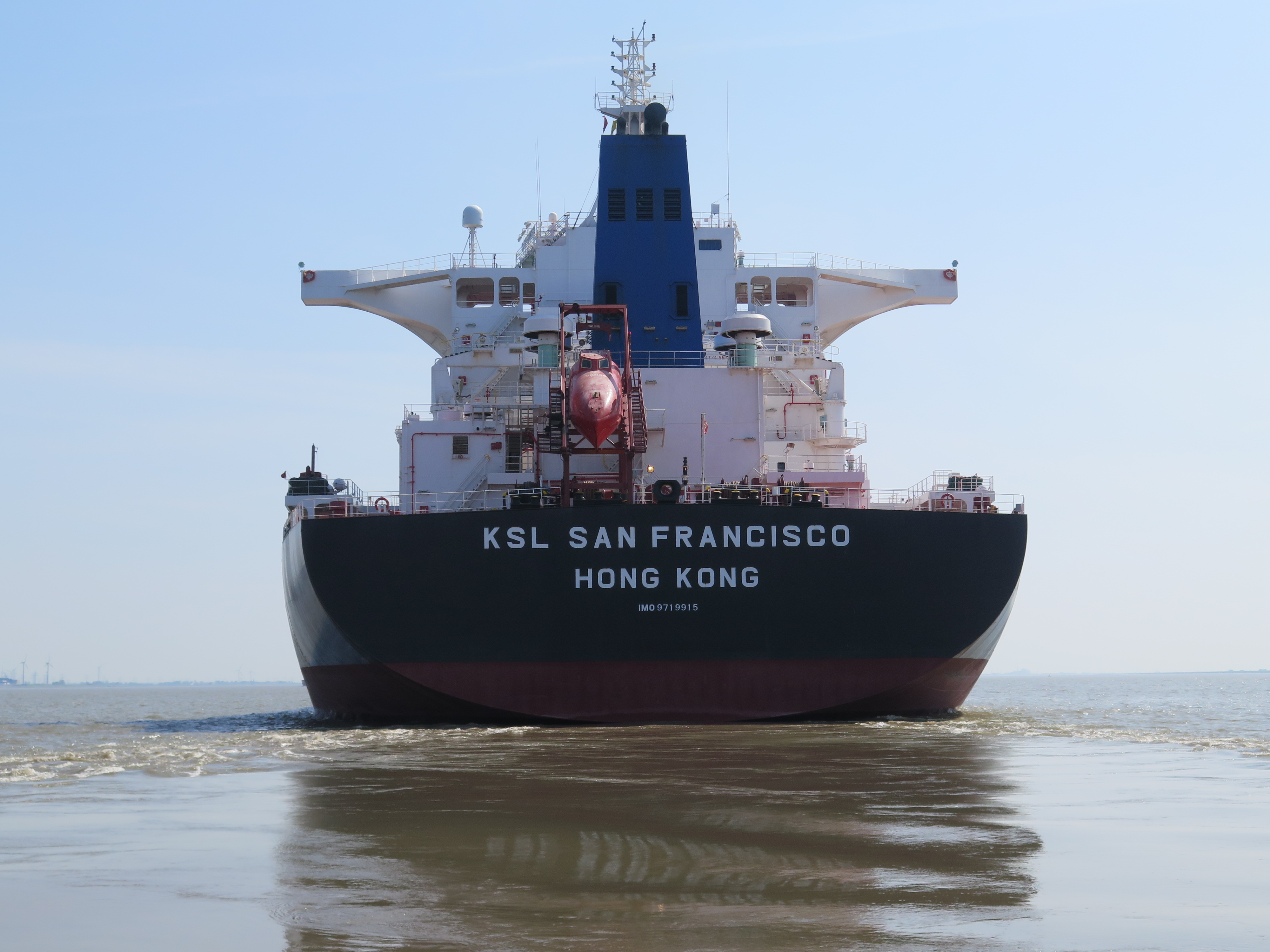