The marina where we are in Kiel (Durstenbrook marina) was originally built for the 1936 Olympic sailing event. It has almost certainly been extended a bit since, but the signs of its age are there! The sailing in 1936 took place in 4 classes. The O-Jolle was designed specially for the event and the other classes were the Star (yes – really – the Star was designed in 1910 and used as the Olympic keelboat class from 1932 through to 2012!), the 6 Metre and the 8 Metre (both of which were Olympic boats from 1910 onwards).

The sailing took place on three courses in the Kieler Forde and 169 competitors took part. Great Britain won a Bronze medal for the O-Jolle (Peter Scott) and a Gold medal in the 6 Metre class. An unusual addition to the courses which competitors these days don’t need to contend with was a Zeppelin flying over. In fact, this was making a film about the sailing, but was a pre-cursor to the use of technology in the jury room. From the footage, an incident was observed in the 8 Metre class between Sweden and Finland in race 6 and both teams were disqualified.

The Olympics came back to Kiel again in 1972. The classes were slightly different this time. They were the Finn, the Flying Dutchman, the Tempest, the Star, the Soling and the Dragon – a preponderance of keelboats compared with today!

The Finns were all made locally and competitors drew lots for the boats on arrival. On a trip this morning to the Kiel Maritime Museum (a very interesting diversion) we saw one of them being exhibited. it was fascinating to see the technology of the day and the extent to which the equipment has changed, even if the basic design hasn’t. 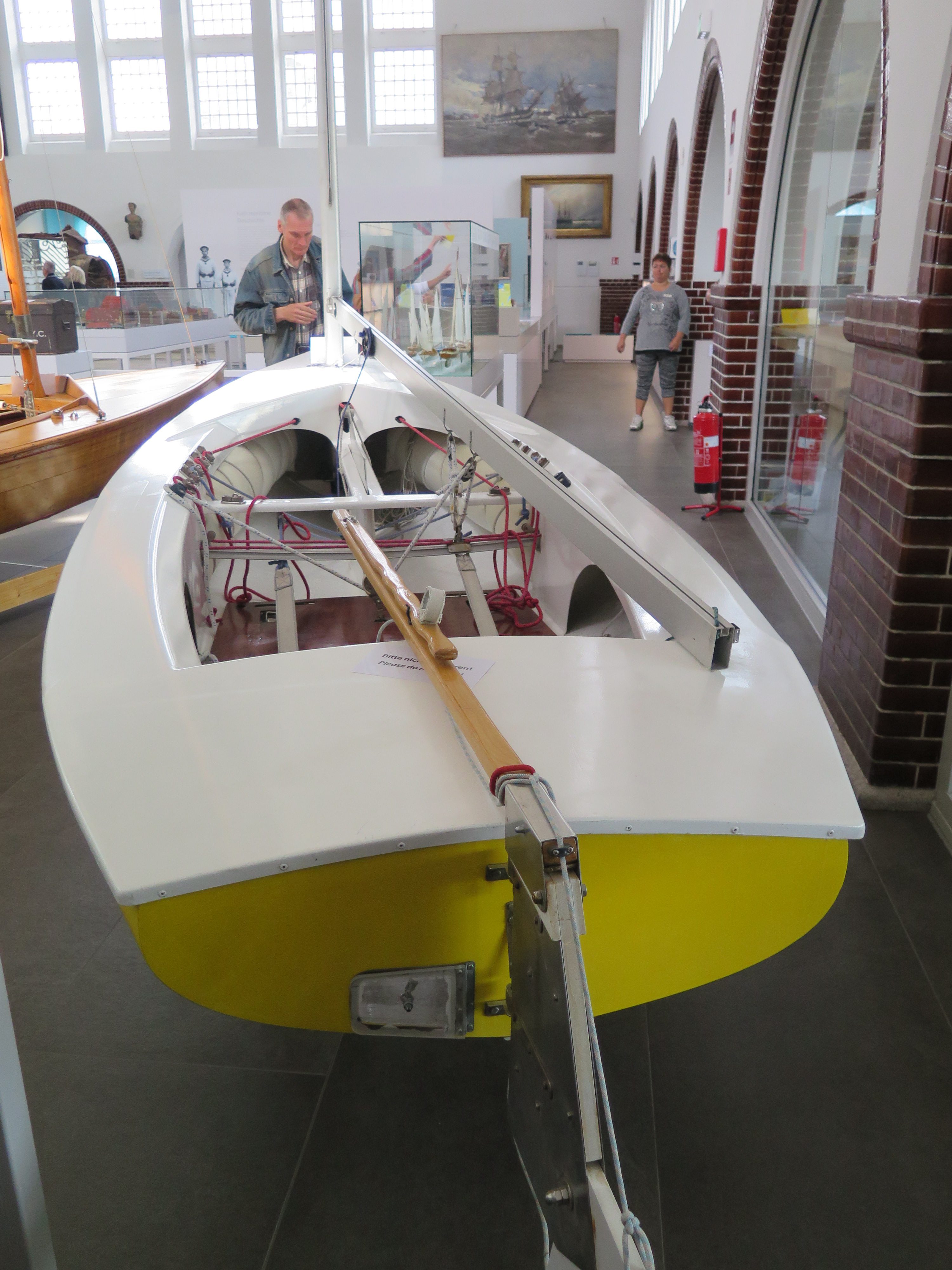