Derek and Adie have now joined us and, in a change of plan, we decided today to head east. With easterlies forecast later in the week, we decided that we would get as much easting as possible and so headed from Kiel to Burgstaaken (48.6 miles). We set off around 9am with little wind and rain starting as we left. The rain cleared after about half an hour and the wind filled in from the NW so that most of the way we had around 17 knots of wind from directly astern. This meant we made good time, but in the murky weather there was not much to see apart from a lot of yellow buoys. Turned out that these marked a firing range on the coast to the east of Kiel (I did know really!), but when a large grey ominous looking boat started heading to us at high speed we knew we had intruded further into the firing area than they wanted us to! We had to nudge a little further north to a particular buoy and they shadowed us part of the way and then us to ourselves again.

A couple of hours later another boat appeared – to misquote Oscar Wilde ” .. to be pulled over by one gunnery protection boat may be considered a misfortune, to be pulled over by two looks like carelessness ….“. This time we were asked to head north for two miles before heading east again! They had guns, we had none, so we complied!

The rest of the trip was fairly uneventful and we arrived in Burgstaaken around 5.40pm after a longer trip than planned. 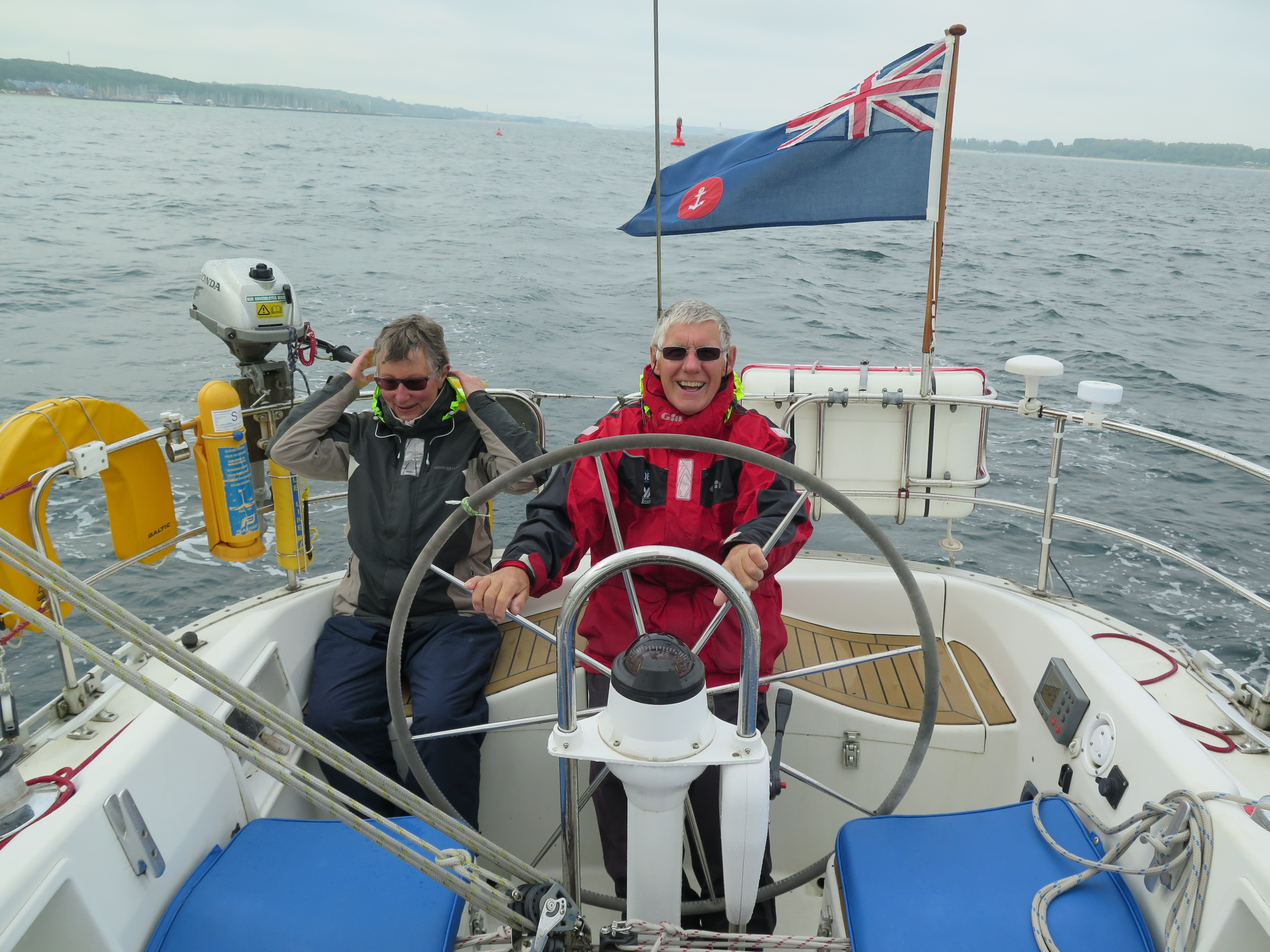