Everywhere we go, we are now having to go into box berths. For those of us who have sailed mainly around the UK, these are a bit of a shock. With no pontoon to come alongside, you essentially cross your fingers (and everything else), aim between the posts, hope you will fit, attempt to lasso them both as you go past and then try and stop a foot away from the jetty so your crew can step daintily off the bow.  Easy to write – not so easy to do! The reality in our case is usually closer to a snooker ball bouncing its way into a pocket. However, today we did alright – we left a box berth in Enkhuizen without having to write any other boat owners a cheque for gelcoat repairs and we got into a box berth in the Friese Hoek marina in Lemmer on the second attempt! So, we can almost consider ourselves experts now.

We spent the morning going round the indoor part of the Zuiderzee museum. The boat hall was fascinating with a collection of traditional Dutch fishing and pleasure boats. The other part of the museum currently open (they were making lots of changes ready for the main season) was an exhibition going ’round the Zuiderzee’ – looking at the history of all the islands and towns on the Zuiderzee before the Afsluitsdijk closed the Zuiderzee off in 1932. It was fascinating to see how life changed as the Dutch re-invented and manipulated their landscape.

After an interesting morning there we set off in very close and muggy weather to Lemmer. The wind was initially a little flaky and light, but once we got out into the Ijsselmeer a little further the wind settled at 15 knots or so, with some 20 knot gusts pushing us across to Lemmer at a good pace on a close reach. Once in Lemmer we went into the Friese Hoek marina and spent the rest of the afternoon looking round the town and watching the world go by from a central harbour cafe. An excellent day’s sailing – tomorrow we’ll face the challenge of canals and bridges to head inland towards Leeuwarden. 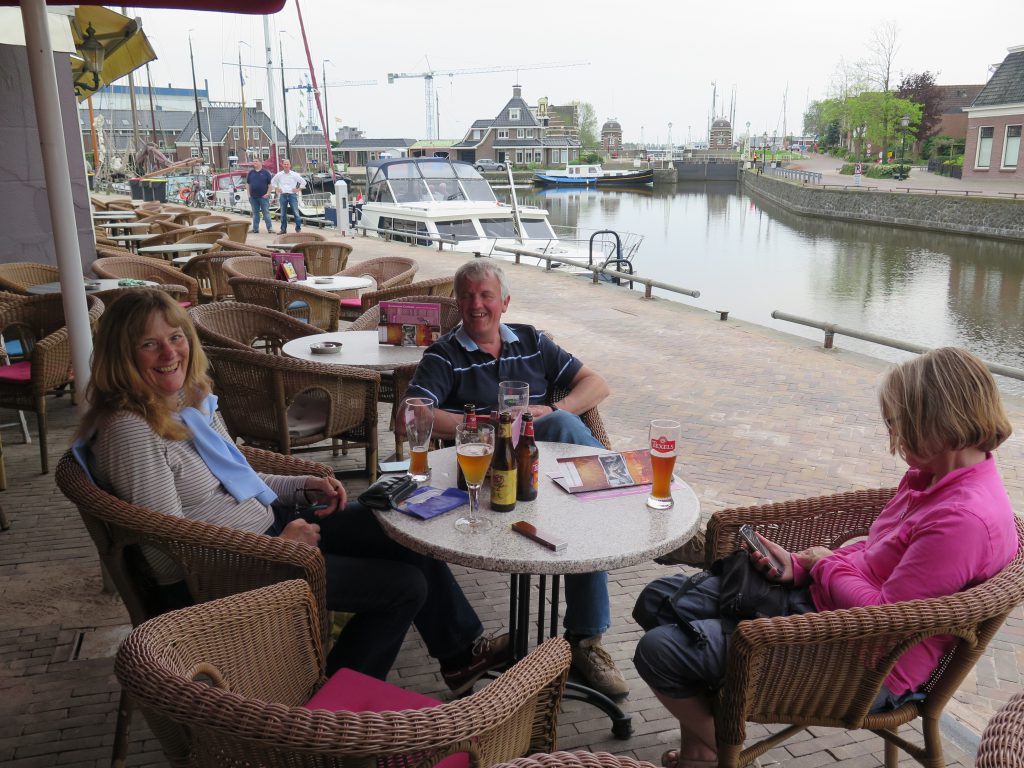