With Pat and Stephen on Airborne having had to head back to Nykoping to try and fix their engine, we decided to head further north today. So, we set off, after a lazy start at just before 10am. With a very light breeze coming from the north east (sods law – where we wanted to go), we had to motor to start off with for an hour and a half or so, but we then managed to start sailing – albeit slowly. Still, with only 20 miles to do, we weren’t in a rush, so we managed to sail most of the rest of the way. The only exception was five minutes where we had to start the engine to get through a short gap between the islands where the wind headed us. Otherwise, a lovely slow sail in the sun.

At Angso, there was a choice of a couple of anchorages – the first on the north shore is called Svartvikken. In this case, the clue was in the title as svart means black in Swedish. Sure enough it was quite a shaded anchorage. So we moved on to Norrviken just round the corner. Though this is a more open and much smaller bay, it was empty and so we have anchored here for the night.

Once anchored, we went for a walk round the island. The island is a national park and has been since 1909. The idea of the national park is to preserve the old agricultural landscape with hay meadows, grazing pastures and small patches of arable land. The island is also a home to a huge range of plants with banks of cowslips, snake-eyed fritillaries and lovely orchids called elder flowered orchids, but known by the Swedish as Adam and Eve orchids. A stunningly beautiful island. 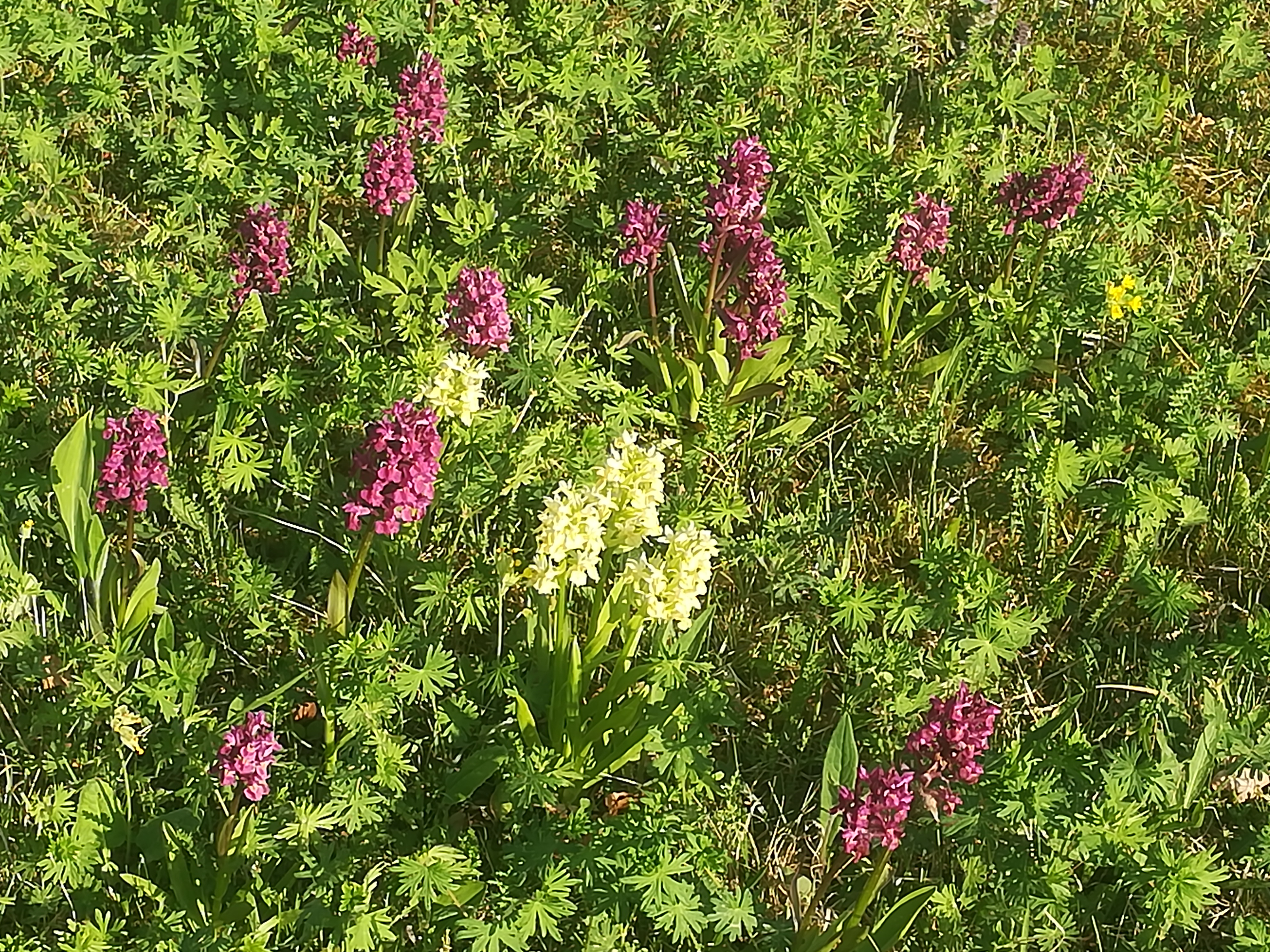