With Airborne’s engine playing up, they decided to head off towards Saltsjobaden. Initially we planned to follow them, but decided to have a look at Sandhamn first. With very little breeze we had to motor for just under two hours to get there, but the entrance to the island was lovely. People talk about Sandhamn as ”the Cowes of the Swedish Archipelago”, but unlike Cowes at any time of year, Sandhamn was more or less empty when we got there. The Gasthamn is normally lazy lines and bow to for mooring, but with so few boats there, we were able to moor alongside. The likeness with Cowes was more apparent when we came to pay – 150kr (around £14) for a short lunch stop. However, the town (if you can call it that) was lovely with painted clapperboard houses all round the harbour. It also had a good shop for stocking up on some fresh stuff.

While there we realised what the ‘reserved’ sign on the outer pontoon was for, as a seaplane came round and landed, mooring up just in front of us. After a leisurely lunch to make the most of our mooring fee, we decided to head off to Gallno. We managed to hoist the main right outside Sandhamn harbour and the sails didn’t come down until just before Hemviken bay on Gallno. A great sail – around 12 miles in just under three hours.

Follow the link below for details of the route: 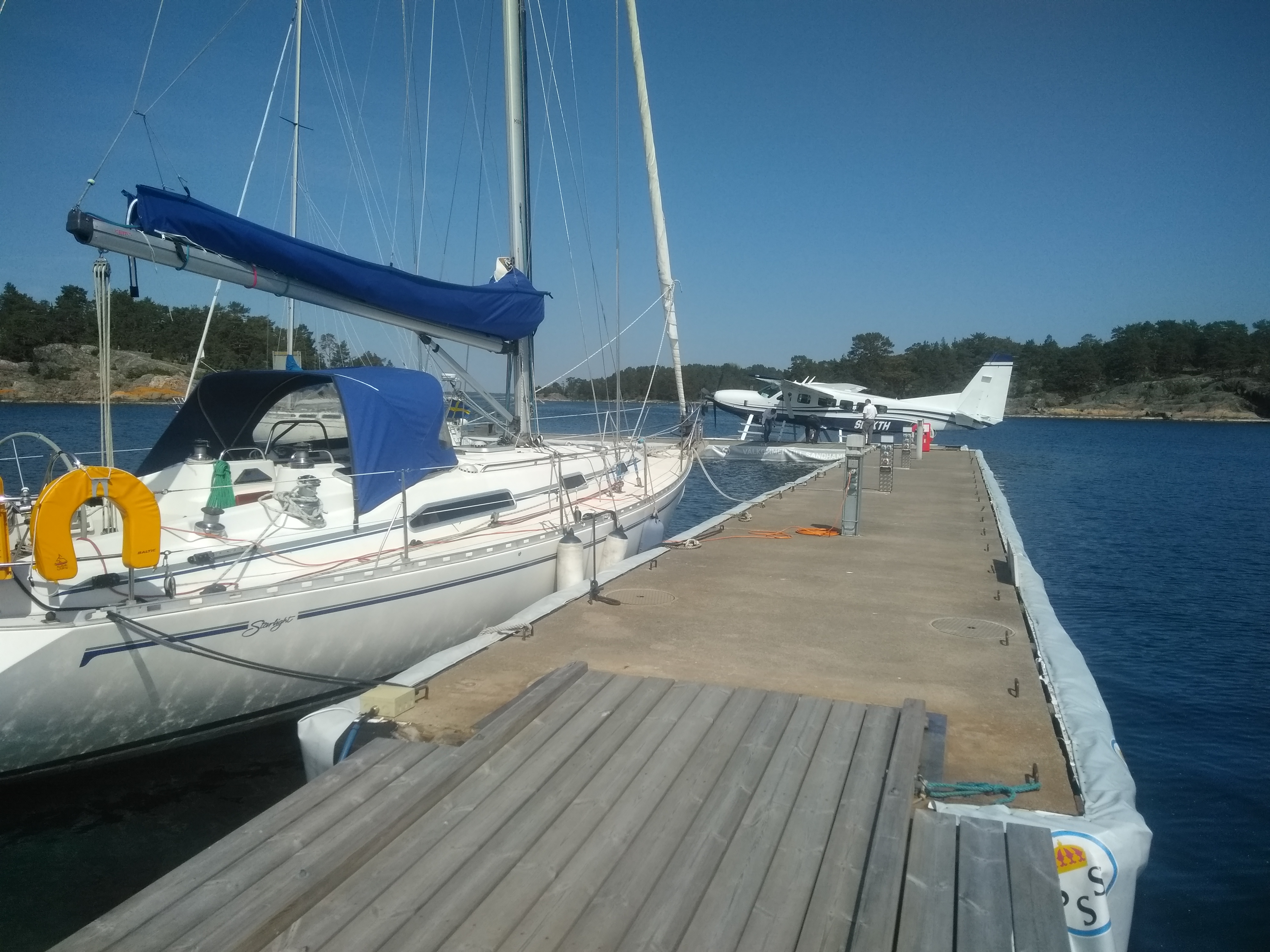