The Swedish people at Haggvik were very friendly and recommended all sorts of things to us. The key thing though seemed to be the Mannamine Museum. So – the morning after arriving we headed up to the Museum first thing. it was only about ten minutes walk, but it turned out we were a little early. We decided instead to walk through the museum (the grounds are open) and onto a path up to Storaborget, the hill up behind Haggvik. This was about 150m climb but a fairly straightforward walk. It was well worth it though with an excellent view back over the guest harbour and the entrance we had come through. Most intriguingly though it was an excellent illustration of the phenomenon of land lift. Due to the rebound as a result of the ice age, the land on the High Coast is still rising at a rate of around 8-9mm per year. Behind the Haggvik guest harbour is a lovely lake, but in the mid 19th Century, this lake was a part of the sea and became cut off due to the rise in the land. The church in Nordinga was built using materials shipped in by sea, but it now sits on the edge of a lake. it may not be that many more years (in geological terms) before Haggvik guest harbour itself is cut off. All this was very obvious with the view from Storborget.

We then headed down to the Mannamine Museum – possibly the most unique and eclectic mix of artefacts we have ever seen anywhere. Walking in, you see trams, ships and a fighter jet, but on closer exploration around the various period buildings, these are accompanied by a wooly mammoth, an accordion museum and and extensive collection of art. A truly unique museum and well worth the 100kr entrance fee. Plus they did lovely coffee and carrot cake!

After lunch we then headed off to Bonhamn. As we came out of the entrance to Haggvik, we could see that there was no shortage of wind, from straight ahead. So, we tacked with one reef and two thirds jib into around 20-25 knots of wind for around 5 miles to get round the headland. Once round, we then headed north and were on a dead run instead! A lovely sail – just 13.7 miles, but very enjoyable. In Bonhamn we were able to go alongside the jetty. Being still low season (how is the middle of June low season!), there were just four boats there – us, Airborne and one Swede and one Finnish boat. Payment for the guest harbour was at the cafe, which had only just opened that day … 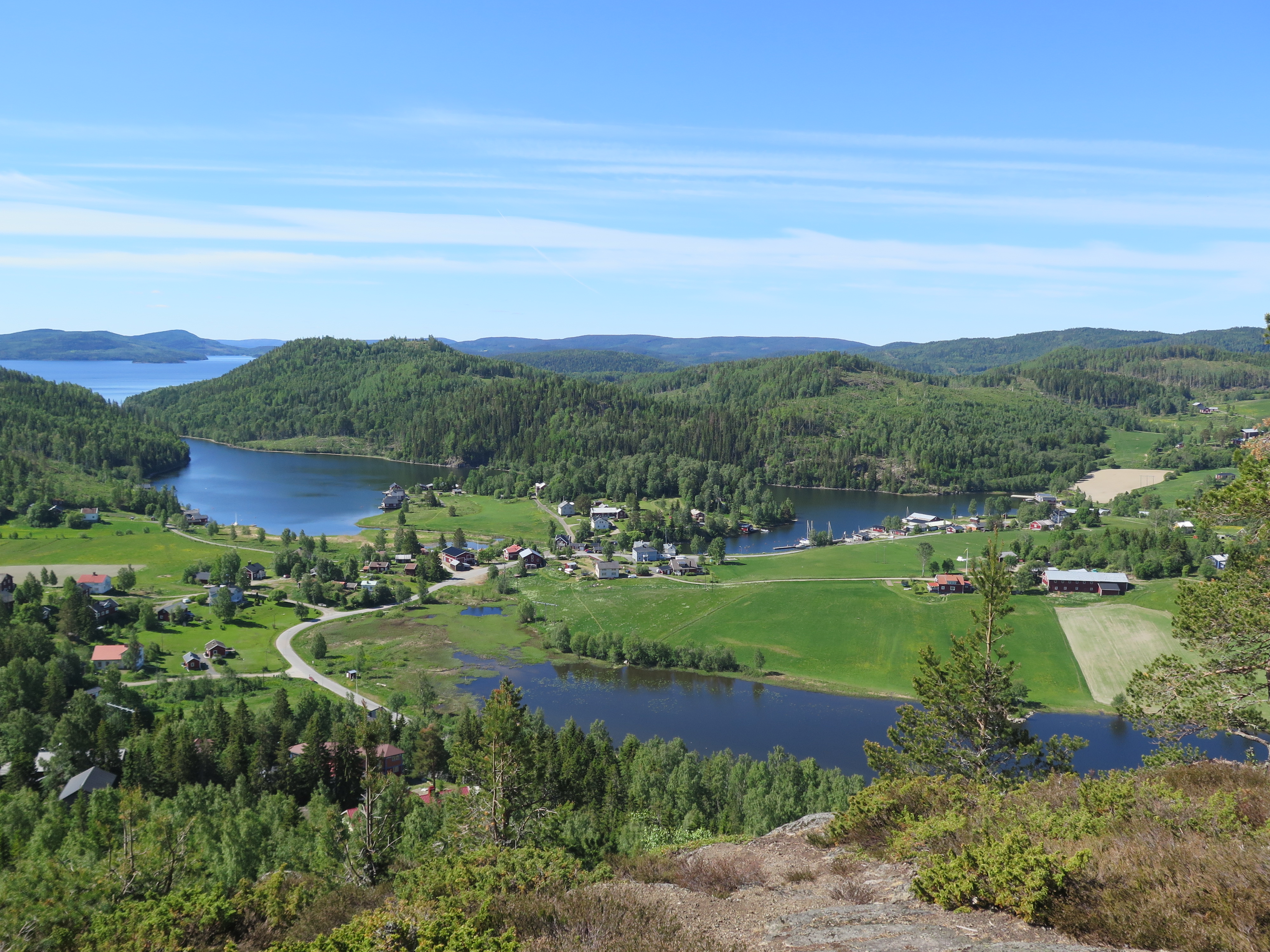