After a lovely walk round a nature trail in Bonhamn and a coffee at the cafe, we headed off for the long sail to Ulvohamn – all of 11.4 miles! The wind was actually in a great direction to try sailing off the jetty in Bonhamn, so we tried – successfully (with the engine on tick-over in case!). The engine went off within one minute of heading off and we didn’t have to turn it on again until just before mooring in Ulvohamn. It wasn’t quite clear where the gasthamn was in Ulvohamn as there were virtually no boats there, so we moored on a jetty by the Ulvo Hotel. A nice enough mooring, though we were being blown onto the jetty a little. However, the wind soon dropped and we had a very comfortable evening.

Ulvohamn is an old fishing harbour and is the centre for Surströmming. The herring for Surströmming are caught just before spawning and they are then salted just enough to prevent them from rotting. The fish is then fermented for around 6 months leading to a smell that is reckoned to be one of the worst in the world when a can is opened. The cans are generally under pressure and so are often opened outdoors and well away from the dining table. Indeed they are often opened in a bucket of water to prevent the brine spraying everywhere! Unfortunately (or perhaps fortunately?) nowhere was open on the island to try it, so we potentially have that delight yet to come. 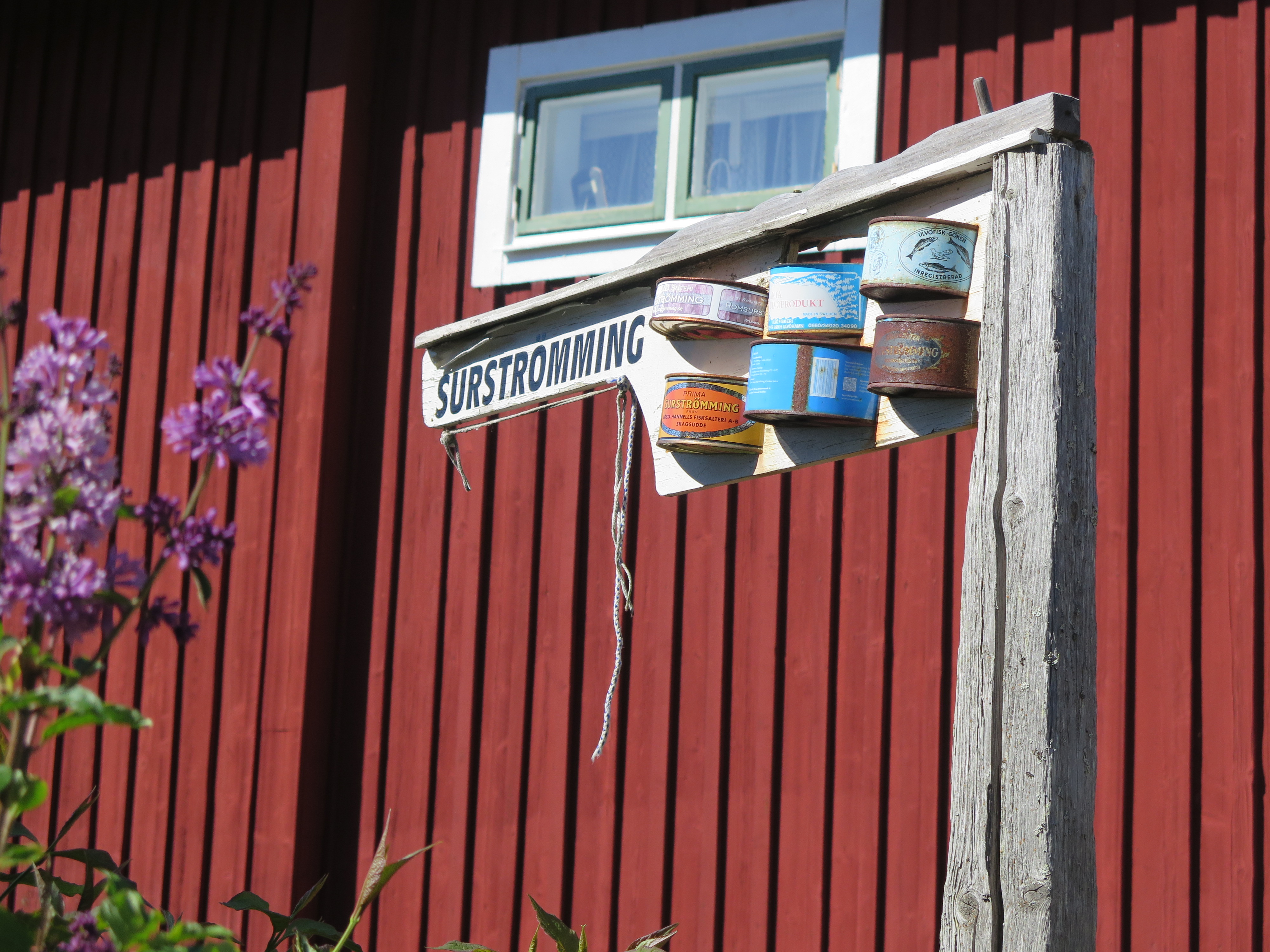