After a couple of days in Sundsvall waiting for the weather and changing over crew, we finally decided to set off this morning. Airborne arrived to join us last night and we agreed to head off to Harnosand north Gasthamn. On the way, we decided to go to the chandlery (Hjertmans). Alan and I had walked over there previously and found it to be one of the best we had come across in Sweden (and probably the UK as well) and Ric and I tried to go there the next day for some other stuff but found that it was closed as it was Swedish National Day. It was about a 2.5km walk, so we decided to go into the other marina on the way and walk from there as it was just outside the gates – five minutes walk. So, we moored at the guest pontoon there and ended up spending far too much money, but importantly bought a cheap Garmin echo sounder to act as an emergency backup while we tried to suss what is wrong with ours.

Once we finished there we headed out down the sound in Sundsvall. We hoisted the main and decided to keep the reef in. This turned out to be a good decision when within five minutes we had gusts from behind of over 35 knots. we headed out down the sound at nearly 8 knots over the ground under main only (with a reef). As we turned the corner to head north we decided to remain under main only and still maintain 7.5 knots OG. The wind remained well over 25 knots and gusting around 35 knots, so this was plenty of sail. As we approached the Astholmsudde lighthouse we knew we would need to come more on the wind, so we took in a second reef. We had lunch under main only, but soon needed some jib to balance the boat. We maintained around 7.5 knots OG despite nearly being on the wind. After a while, we got a What’s App message from Airborne suggesting we headed for the Harnosand South gasthamn rather than the planned north one as this would avoid tacking around the north of Harnon island.

Harnosand has three guest harbours – one in the south, one in the north and one in the middle between two lifting bridges. We ended up mooring on the south gasthamn after doing 35.5 miles. A lovely sail, but quite lively at times. To see our track, follow the link below: 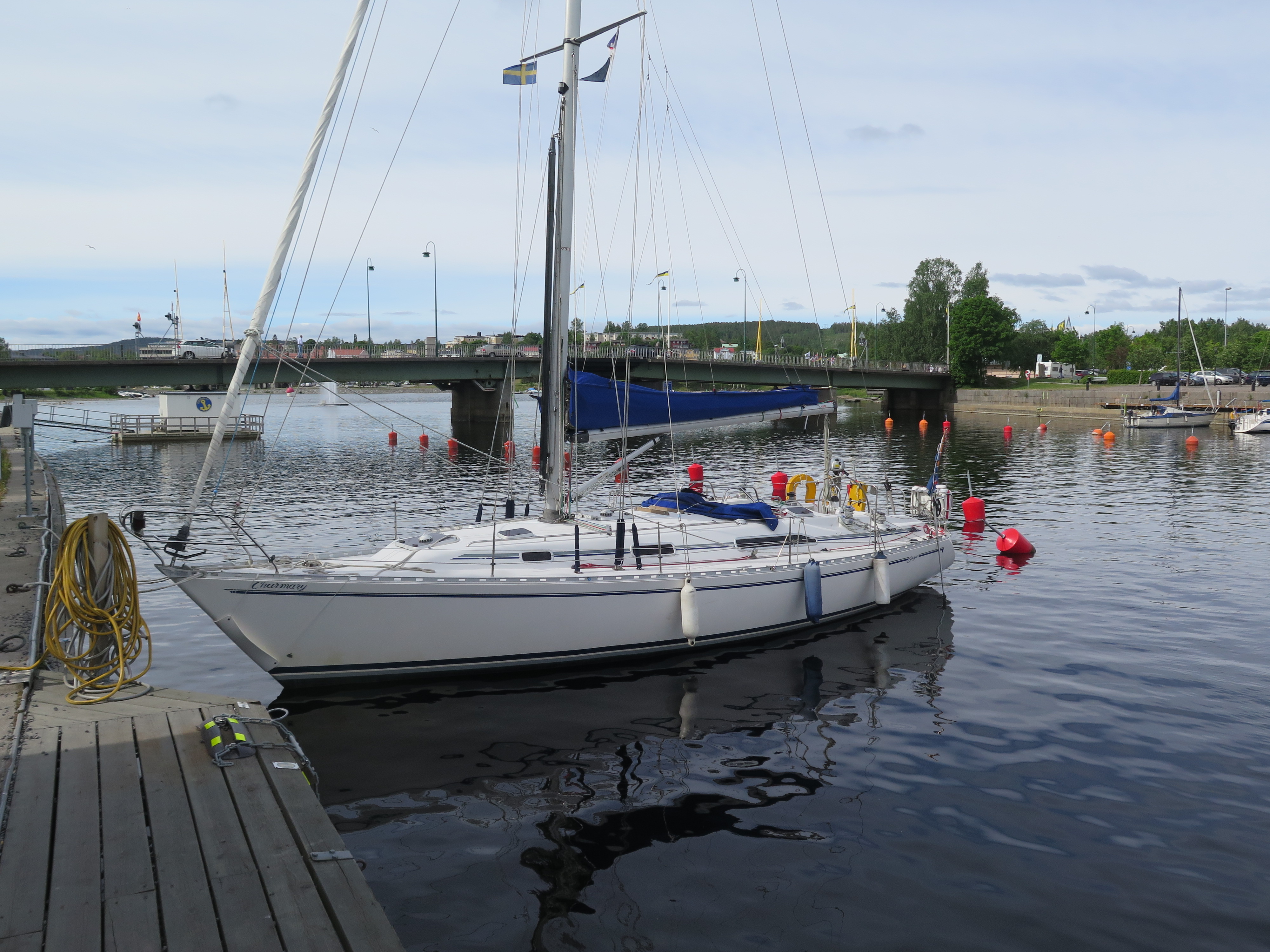