The forecast was telling us that Monday was not set to be a classic day. With strong winds forecast and needing to be somewhere for crew to change over (Alan heading home and Ric heading out), we decided to do another long passage. So – another early start. This time we headed out of the Agon at 05.00. It was a still morning and we barely disturbed the peace as we gently pulled backwards to retrieve the stern anchor and head out of the sound at Agon. For the first hour and three quarters, we had to motor with only a gentle breeze, but around 06.45 the breeze built a little and we managed to turn the engine off and sail. The wind then gradually increased until about 08.45 where it decided to die again. Once more the iron topsail came out … At midday the breeze kicked in again and we finally managed to sail again. In fact, by the time we had got to the end of Bramon island, we had had to reef and take a load of jib in as it was a NW5. we tacked through the bay across towards Sundsvall and finally had to tak the sails down on the last stretch into town.

We moored initially at the marina just before the bridge, but soon realised from chatting to a friendly Swede that this was a private marina. He phoned the harbour master on our behalf and he was happy for us to stay, but we nevertheless decided (during a lull in the breeze) to move under the bridge and into the gasthamn in town. Actually this was a big improvement, not least because we wouldn’t have been locked in every evening! We stayed in Sundsvall for a few days – the first because the wind was blowing old boots and then for a further couple of days to change crews. A really nice town. 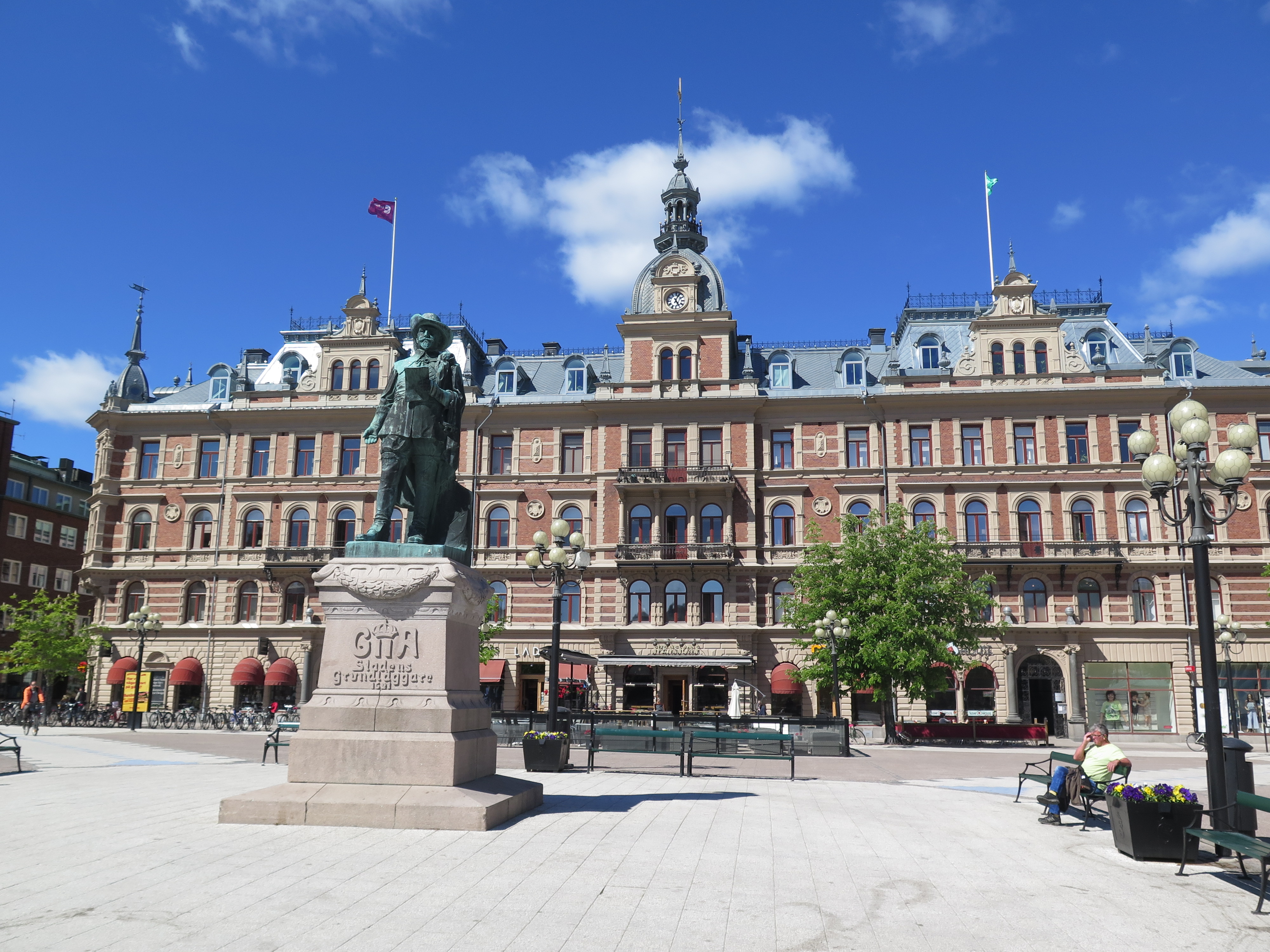