An early start this morning. The plan (as much as there was one) was to start getting north and a possible destination was Hudiksvall. With this in mind, we left Bjornsundet at 04.50, dropping the mooring and heading out of the sound to the west. Pretty quickly we were able to turn the engine off and managed to sail for around two and a half hours. The wind then decided not to play ball and headed us and dropped, so, the jib came in and the engine went on. We then had to motor for around five and a half hours – disappointing, but given the bright sunshine and beautiful surroundings, it seemed unfair to complain at all.

Shortly after lunch, the wind started to fill in again and as soon as we could sail at a sensible pace, the engine went off and the jib came out. Within an hour, the wind had gone round completely and we were heading downwind. The temptation to put the spinnaker up was too much and we had a lovely spinnaker run for just over an hour. Unfortunately, I didn’t put lazy sheets and guys on and so we had to take the kite down and then gybed to clear the bird sanctuary south of Agon. As we headed in there were seals on the rocks – the first wildlife (apart from a few eider duck and lots of terns) which we had seen for some time. We finally took the sails down just at the entrance to the sound running north-south into the island and moored with a stern anchor to the jetty on the eastern side of the sound. A beautiful spot.

Once we had moored, we headed off for a walk recommended by the Swede on the next door boat to the old fishing village. This was a lovely route through the woods and past a lake to an old inlet surrounded by old fishing houses (presumably now all second homes) and racks for drying the nets and the fish. 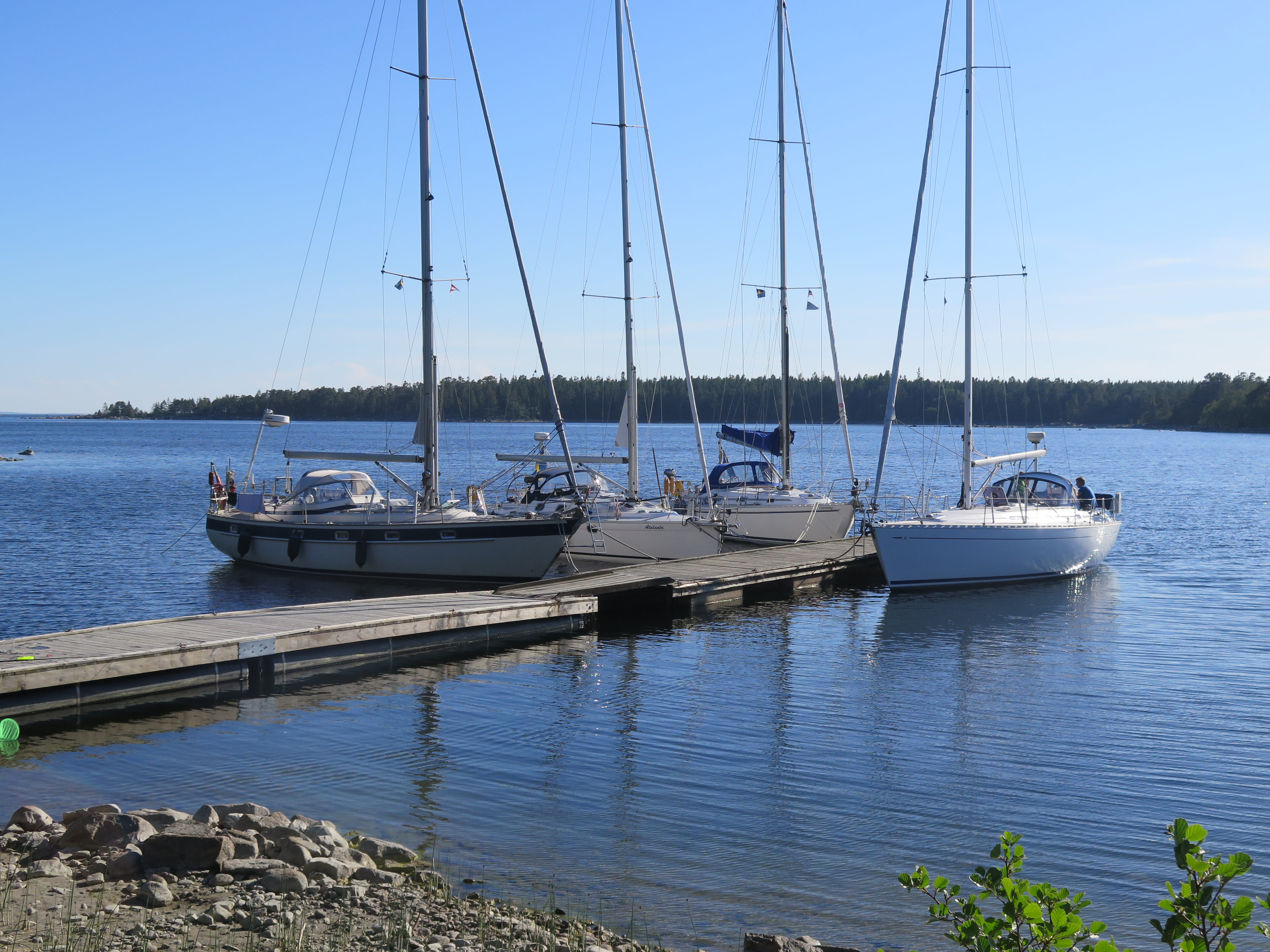