We had a slightly late start from Oregrund for various reasons. The first was that we were enjoying watching the divers who were replacing the lazy lines on the jetty ready for the season. we were the opposite side so could just watch, but Airborne had to wait until the divers took a break before they could leave! We had talked about heading to a place called Sikhjalma – a small jetty with a few guest moorings, but the water level is currently (due to the good weather and high pressure) around 45cm down from normal. That together with the fact that the chart has a warning that water levels are 30cm down from what is show due to the land rising, was enough to put us off a little. In the Norrlandskustet guide, I managed to find that there were a couple of mooring buoys in a small sound quite well offshore called Bjornsundet. So – we decided to head there and see what it was like, planning to head on somewhere else if it wasn’t suitable.

The wind was a little flaky, so while we manage to sail for about half the trip, we did have to motor the rest. Under motor we generally use the autopilot, but it started behaving quite weirdly on a couple of occasions – suddenly going significantly off course. We eventually realised that these were magnetic anomalies – confirmed by the fact that exactly the same happened to Airborne en route as well.

As we approached Bjornsundet, the sky darkened and we started hearing thunder and seeing lightning, so we knew we were in for a thunderstorm. Unfortunately, that thunderstorm decided to hit with around a 20 knot squall exactly as I tried to go alongside Airnorne (badly …!). So, we separated straight away and went to the other mooring. The pull of an evening beer was too great though, so an hour or so later we dropped the buoy and this time successfully went alongside. In total we did 26.9 miles. To view our track, follow the link below: 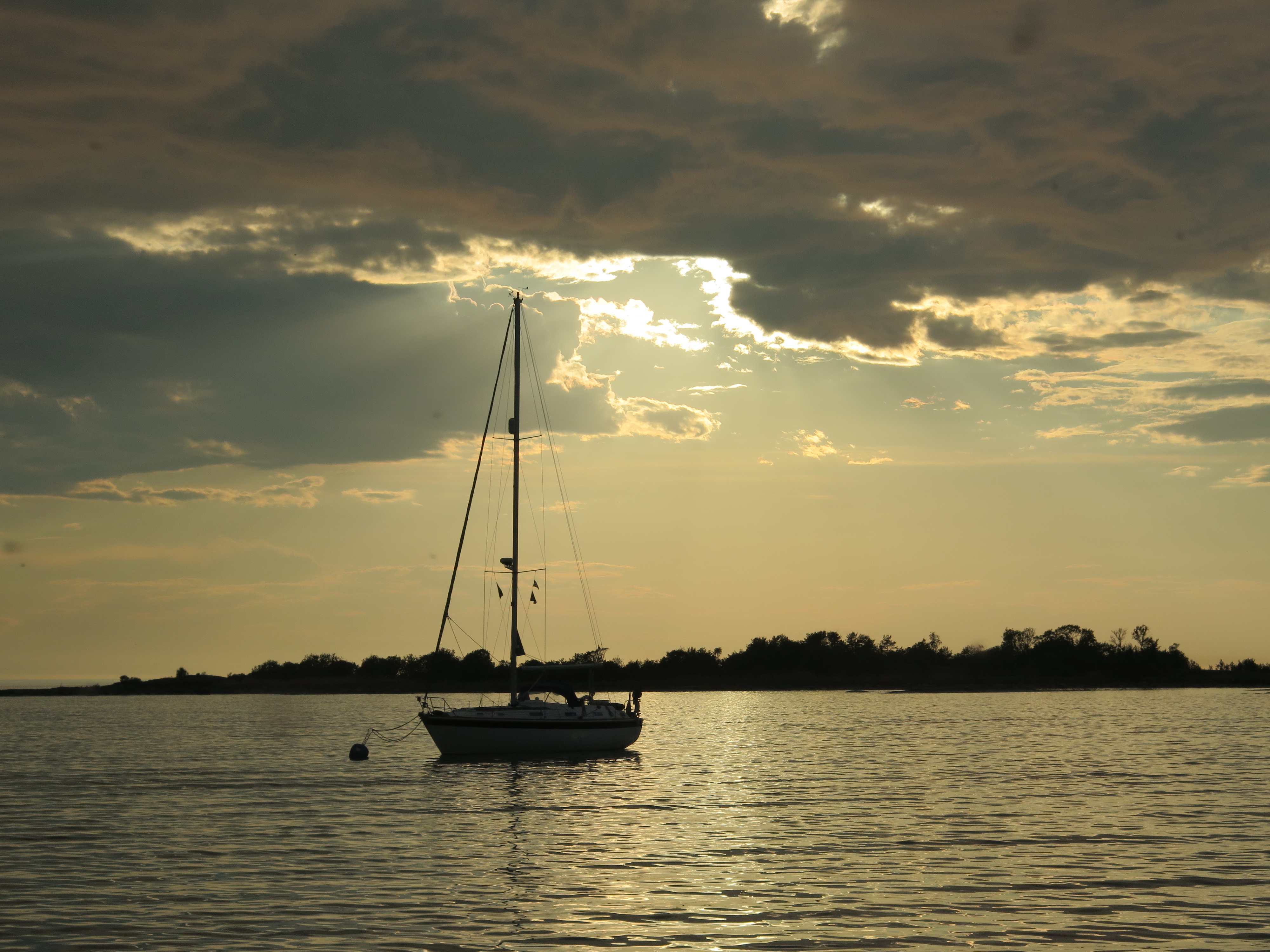