With northerlies still forecast we decided to carry on south today. On this stretch of coast there are relatively few deep water and sheltered harbours. Many of the harbours are quite exposed to one direction or another or are too shallow for us to get into. This has been an ongoing issue this season particularly as, although there are no tides in the Baltic, the water level can still go up and down quite a bit. This level is called the vattenstand and the Swedish Meteorological Office give readings on their website. Earlier in the trip, the level was nearly 40cm lower than usual. Combine this with the warnings on the chart booklets that depths may be around 30cm below the charted amount due to the land rise and some harbours can have over two foot less water than the charts suggest. This can make a big difference. The big drop in level was due to the sustained high pressure earlier in the season. However, the level has now come back up a bit and is just 15cm below normal.

So, today we headed for Mellanfjärden as it looked sheltered (given a blow forecast from the north tonight) and had plenty of water. It was a mixed trip. We had to motor for the first couple of hours, but around midday as we headed past Bramon island the wind suddenly increased taking us slightly by surprise as within minutes there was a lovely NE3-4. This gave us a great sail for a couple of hours, but shortly after 2pm it died again and shifted aft, so the engine went on, getting us into Mellanfjärden just after 4pm. We moored on the staging close to the restaurant, but quickly headed for shelter as the rain came in. In total we did 39.8 miles. To see our track, follow the link below:

Mellanfjärden was a lovely stop – much more attractive the next morning when the sun came out, but it is just a small holiday resort and with a campsite and a few facilities was not really very busy. 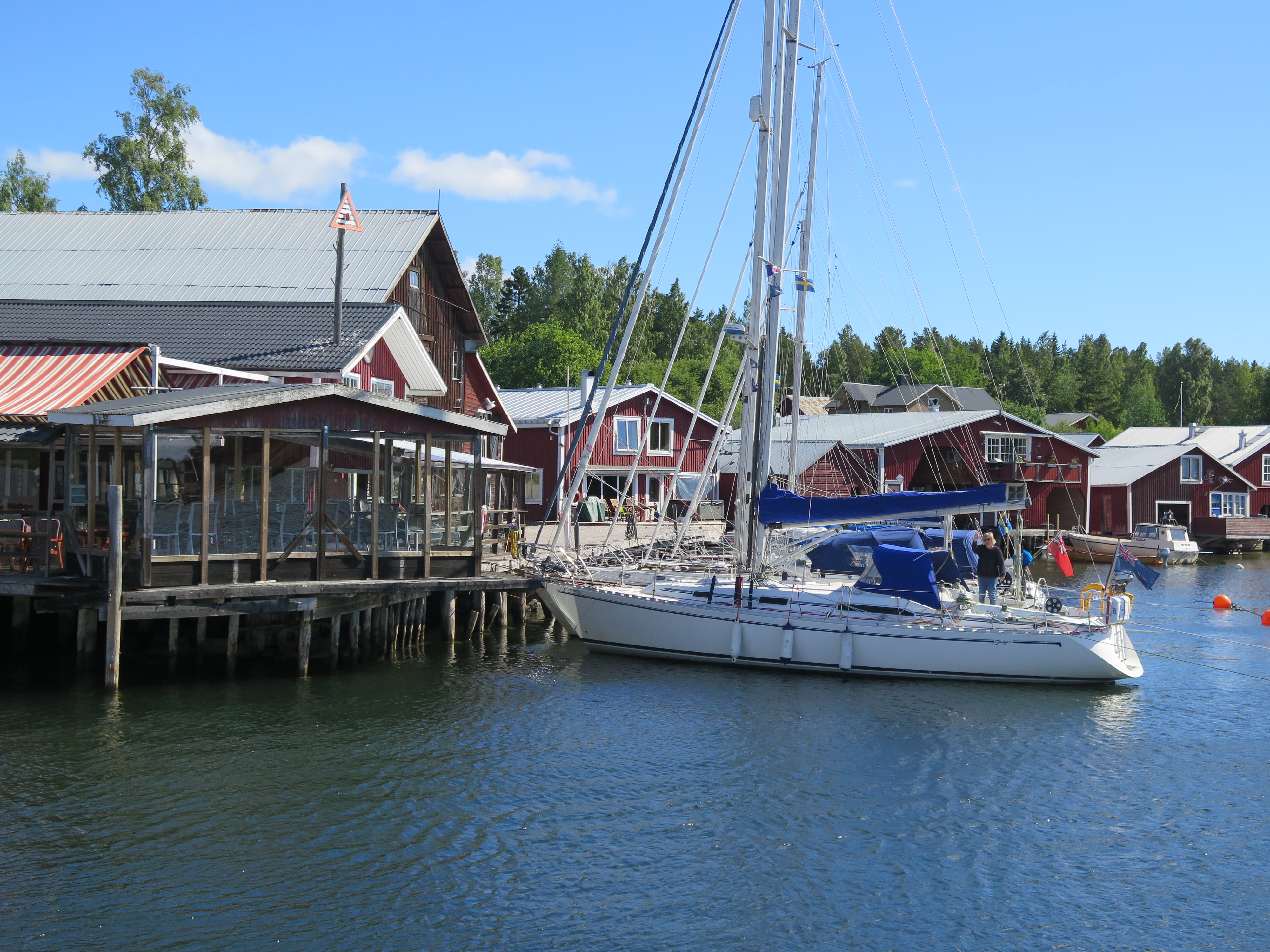