After a couple of lay days in Ornskoldsvik waiting for the wind to abate, we decided to leave early this morning. The forecast gave us some decent breeze early morning before it strengthened and turned south. Of course, it did none of this! When we got up at 5.30am, there wasn’t a breath of wind, but, since we were up, we left anyway. We had to motor down Ornskoldsvik fjord and after a couple of hours there was just enough wind to start to sail. Over the morning, it gradually increased, and of course, drew ahead, so we tacked our way back past Mjalton and Ulvon until we could just turn the corner into Norrfällsviken. At this point, even though we were doing 7.5 knots OG, we unfortunately had to drop the sails as the channel into the harbour is a little narrow – straightforward enough, but we didn’t want to be taking sails down in  bay we didn’t know.

Surprisingly, when we arrived, there was no-one on the gasthamn pontoon. However, being a Saturday, I assumed there would be quite a few visitors, so we went bows-to with a stern anchor to leave plenty of space. We needn’t have worried as we were the only visitors for the evening. In fact we didn’t even have to pay, as, though we tried to find someone to pay, we couldn’t and considering that the services weren’t even open, we didn’t feel that guilty about not finding anyone.

Norrfällsviken is a lovely harbour. It is very sheltered and would remain this in more or less any breeze with a narrow entrance keeping any swell out. The stern anchor held really well, though anchoring further out in the bay would require a fair amount of chain with depths around 10 metres. In the afternoon, I went for a walk. As usual, the walk was marked with blue spots all the way round and it took me to the end of the peninsula and then right round the seaward side, past the extensive shingle fields left by the action of the waves. To give a better view, there was a handy platform part way round to climb up and get a better understanding of the extent of the shingle fields. 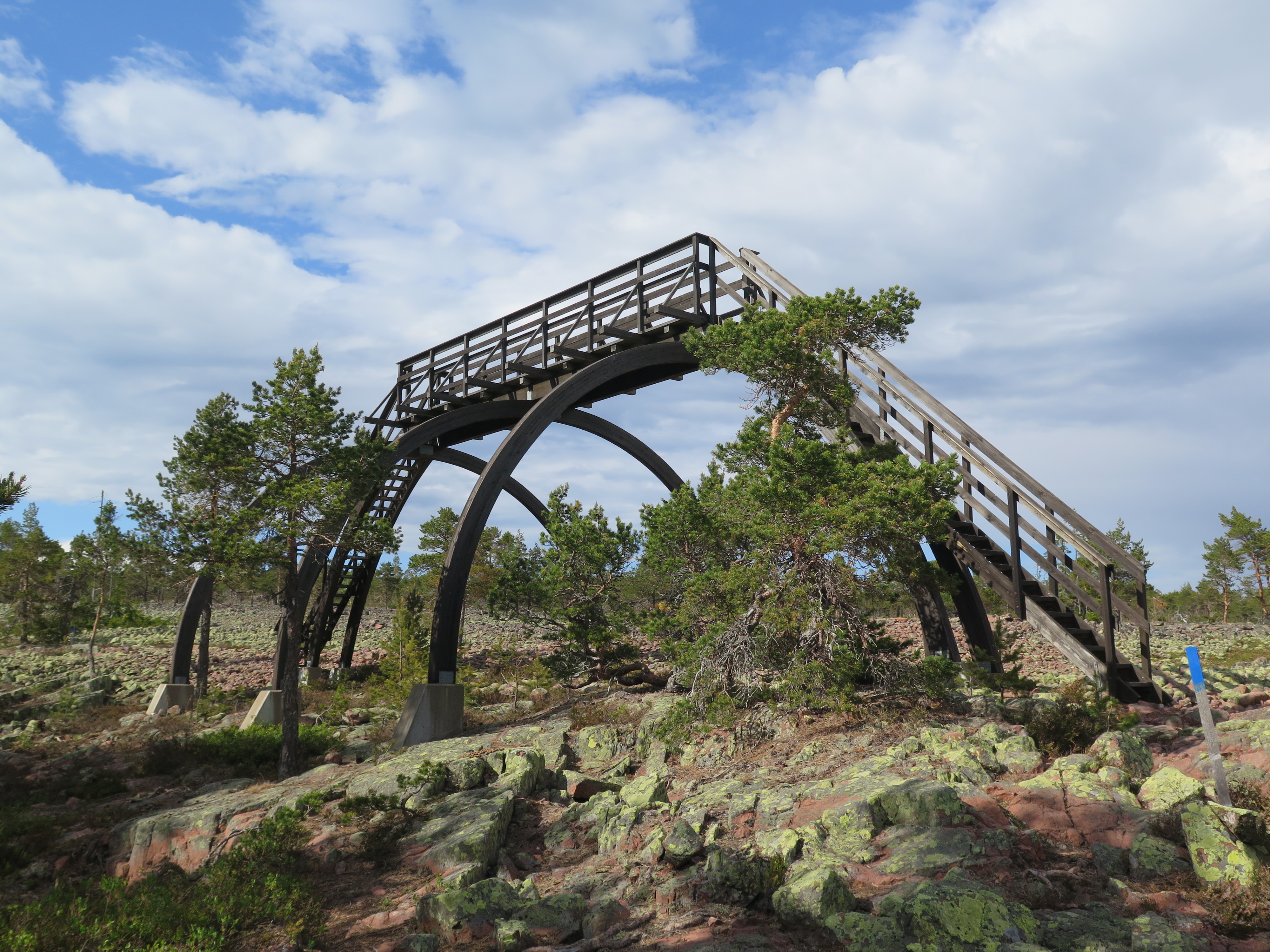