With Anne arriving in Luleå on the 19th, Ric and I collected the hire car from Hertz at Härnösand station in the morning and started the drive north with the heating on full blast to try and dry us off after getting soaked walking across to the station. We only stopped once quickly and the drive took us around five and a half hours – not bad considering the rain and grotty weather. We found the hotel we had booked fairly easily, though there did seem to be a slight difference of opinion between the Swedish sat nav and Google on my phone. It turned out that Google knew that certain roads were closed and the car’s sat-nav didn’t! After a short break and supper, I picked Anne up around 9pm from the airport – a lovely small local airport.

The next morning (20th) saw another early morning trip to the airport to drop Ric off and Anne and I then had a walk around town. We wandered down to the harbour (and were very glad we weren’t out in the gales) and saw the ice-breakers moored up for the summer and then back round town. We then headed off in the car to Gammelstadt Church Town. This was listed in 1996 as a UNESCO World Heritage site. The main church (Nederluleå church) was built in the 15th century – finished around 1492. At this time, the church and town were on the sea, but land rise has meant that Luleå new town had to be established and the port moved to there in the 17th century. The church town gradually built up around the church and has over 400 cottages. These were gradually built and were used by farmers and merchants to stay in when they came to the market. The first cottages were thought to be built in the 16th century and most of the current ones were in place when the first major map was drawn in 1817. 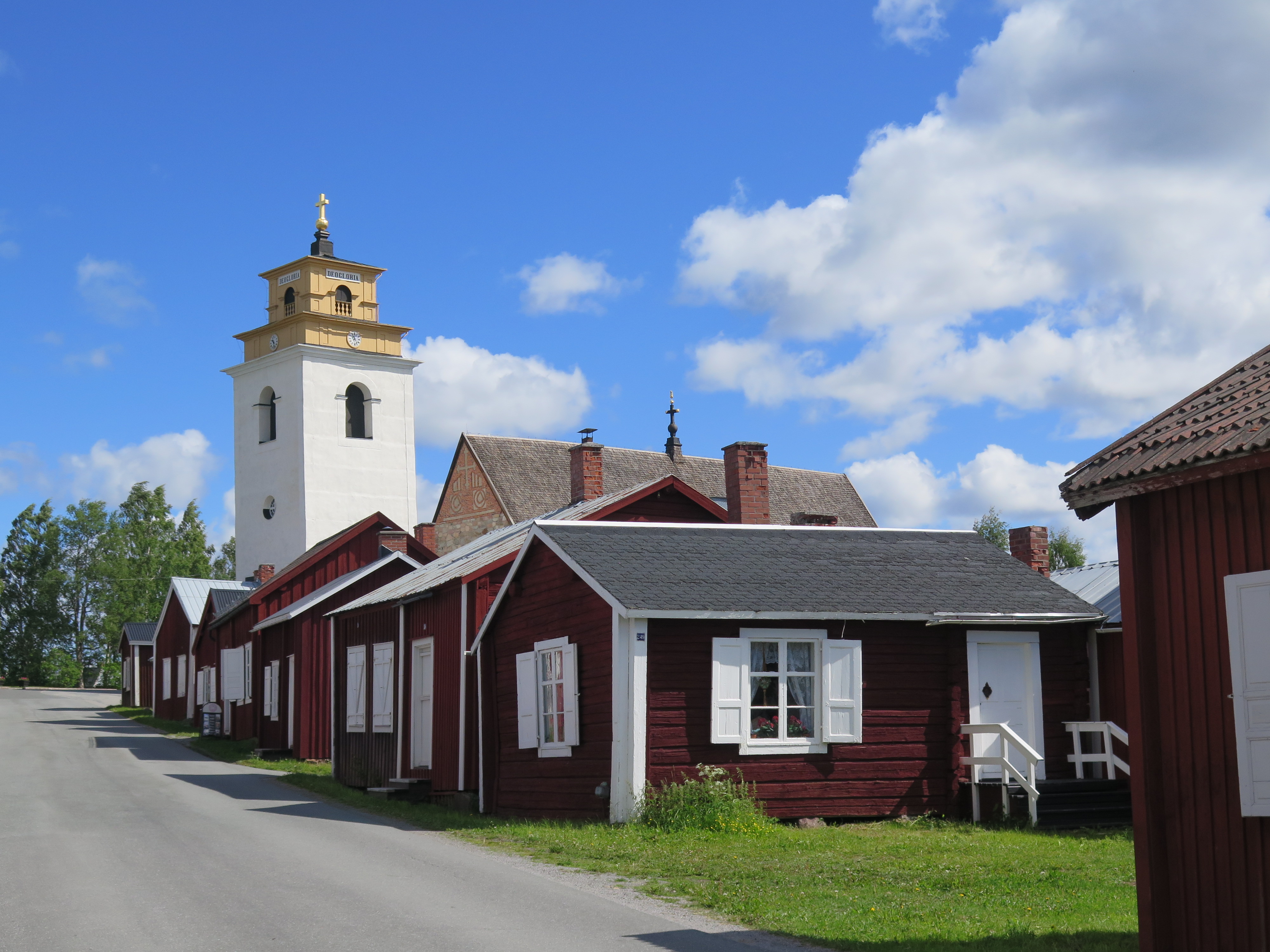 From Gammelstadt we headed along the main E97 towards Jokkmokk. We stopped in Harads to visit the treehotel. This is an eclectic mix of hotel rooms built into the trees. The mirror cube is just that – a cube with every surface being a mirror. The birds nest has branches woven around the outside so that it blends completely into the trees while the UFO looks like a flying saucer. A fascinating place, though the walk to the viewpoint was quite disappointing. 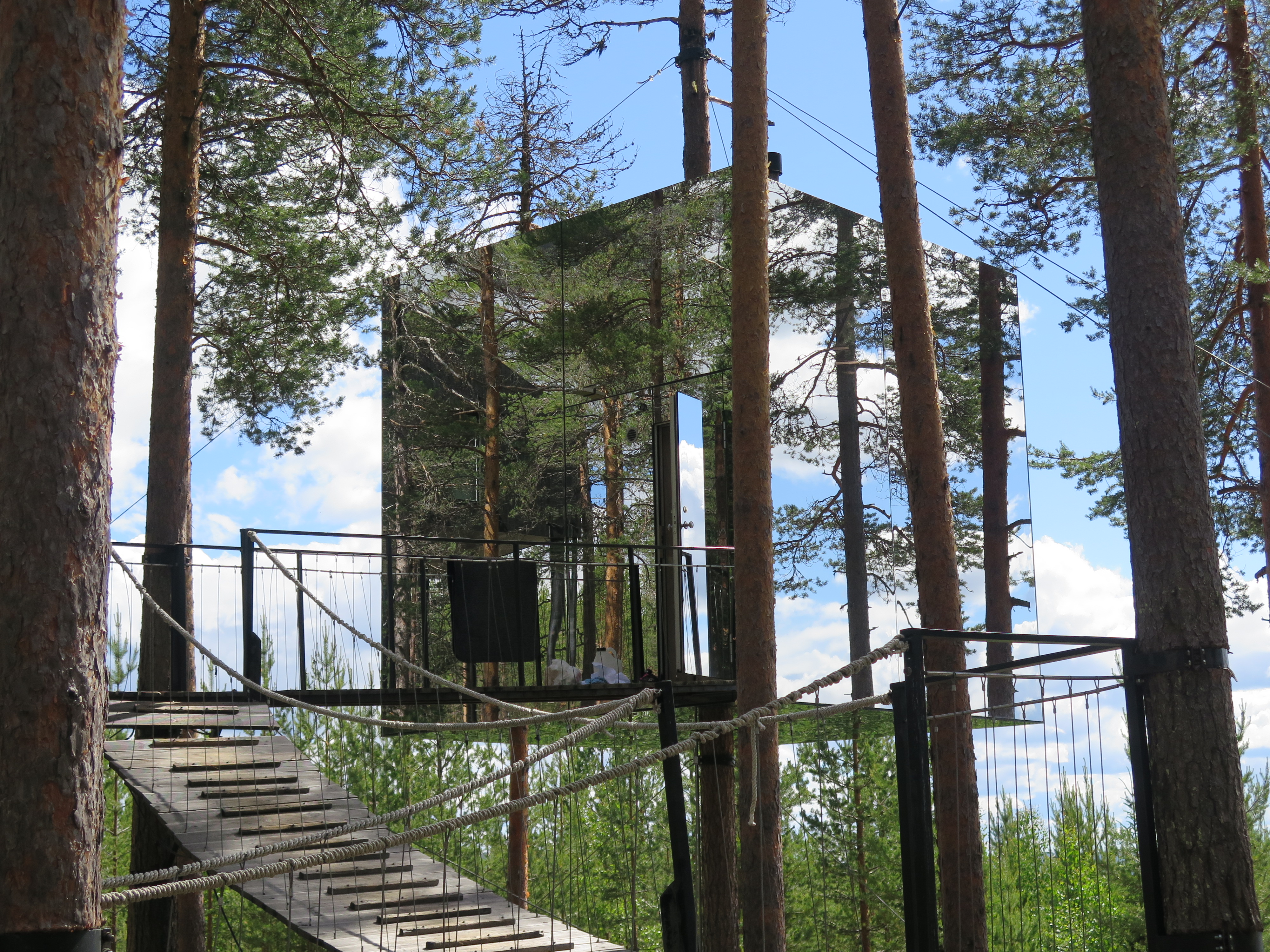 From Harads we then headed into Jokkmokk, stopping just short of the town to take the required photos of us crossing the Arctic Circle. Jokmokk was not a stunningly exciting place, but the very helpful staff at the tourist information office gave us a good spot to go and see the midnight sun. At 11.30pm we drove to the viewpoint and walked the last bit to try and see the midnight sun. In the end we saw the midnight cloud as the whole sky was clear except for a bank of cloud where the sun was. However, it was quite wierd to be out at midnight in what was complete daylight. The photo below was a Red Fox we saw on the way – not bad for a photo taken around 10 minutes before midnight …. 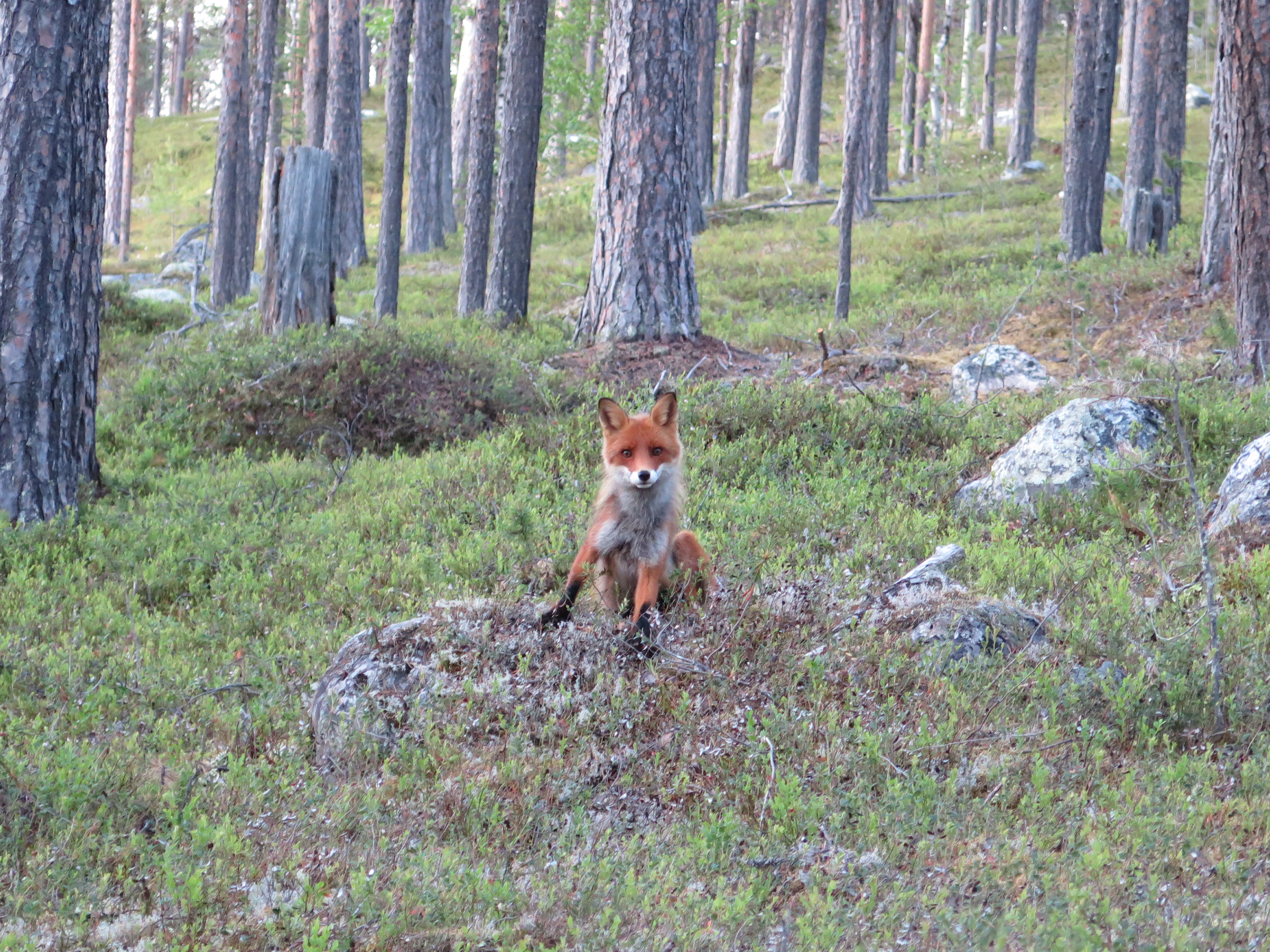 The next day (21st) we drove back to the boat at Härnösand – around a seven hour drive. With the forecast for the next two days not great, we decided to hang onto the car for an extra couple of days and used it to go walking. The first day we did the circuit at Norrfallsviken to see the cobble fields and the peninsula, but the next next day was the highlight. We headed out to Skuleskogen national park and walked the path to Slåttdalsskrevan – a gorge in the middle of the park. From there we headed back round one of the lakes and the coast to get back to the car. A total walk of around 7.5 miles, but given the terrain, it felt a lot further. 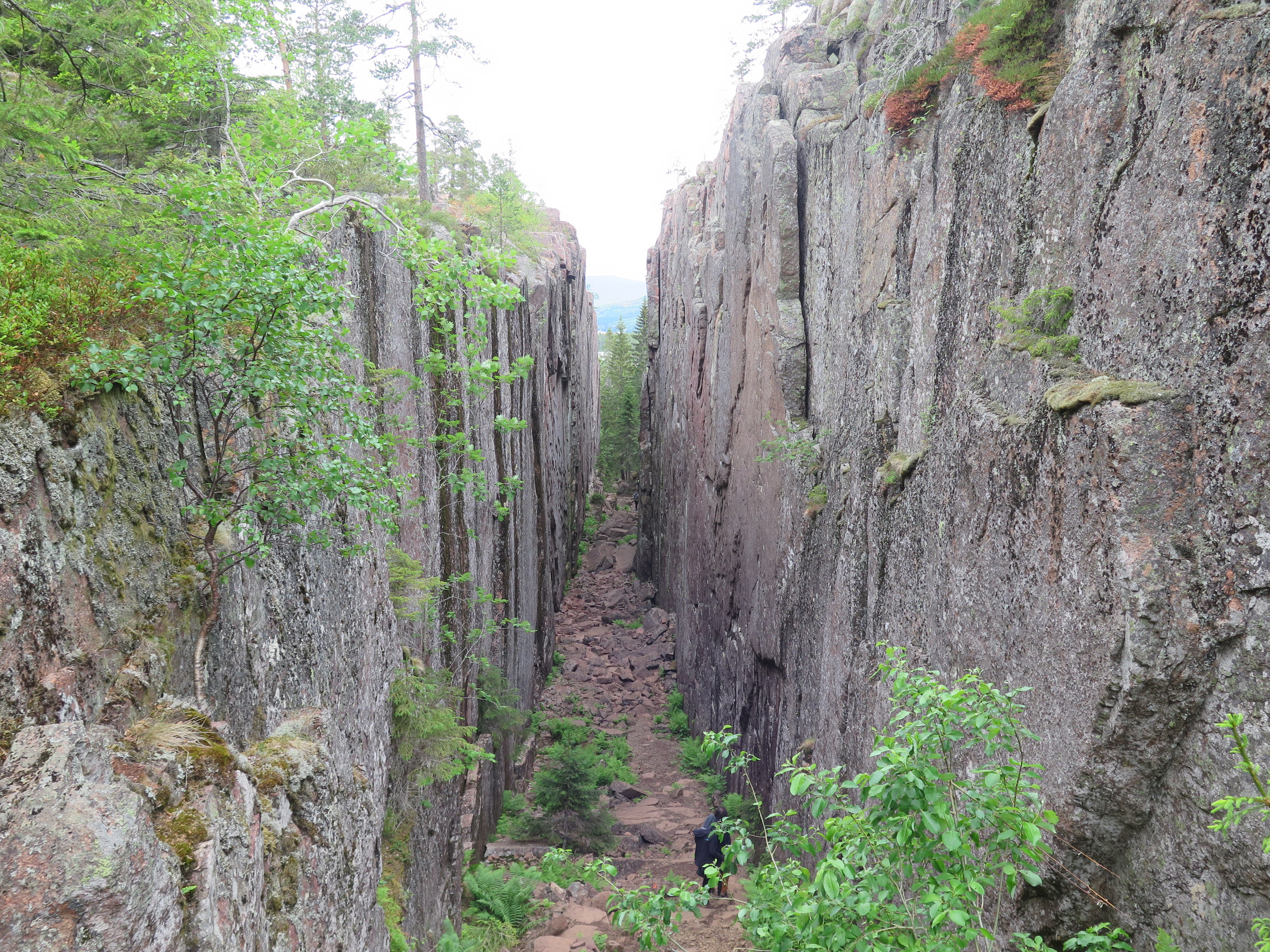