Carrying on in the vein of exploring new anchorages, we headed today for a small anchorage called Krokholmsviken. We knew this had a tight and slightly shallow entrance, but it opened out into a bay with around 9 metres of water, so we thought we’d give it a go. It was only 8.6 miles in total, but we did have to motor all the way as the wind was more or less bang on the nose and there was no way we could tack through the narrow channels. As expected, it was fairly narrow, but we never had less than 2.8 metres of water, so there was plenty. We did though have a really rude Swede in a motorboat who barged through right by the narrow section. He clearly didn’t like the fact that I was coming in cautiously at 3 knots and wouldn’t wait, so barged his way past. The bay is quite full with Swedes moored on the rocks, but we have ended up nearly the only boat anchored. They don’t seem to like anchoring! To see our track, follow the link below: 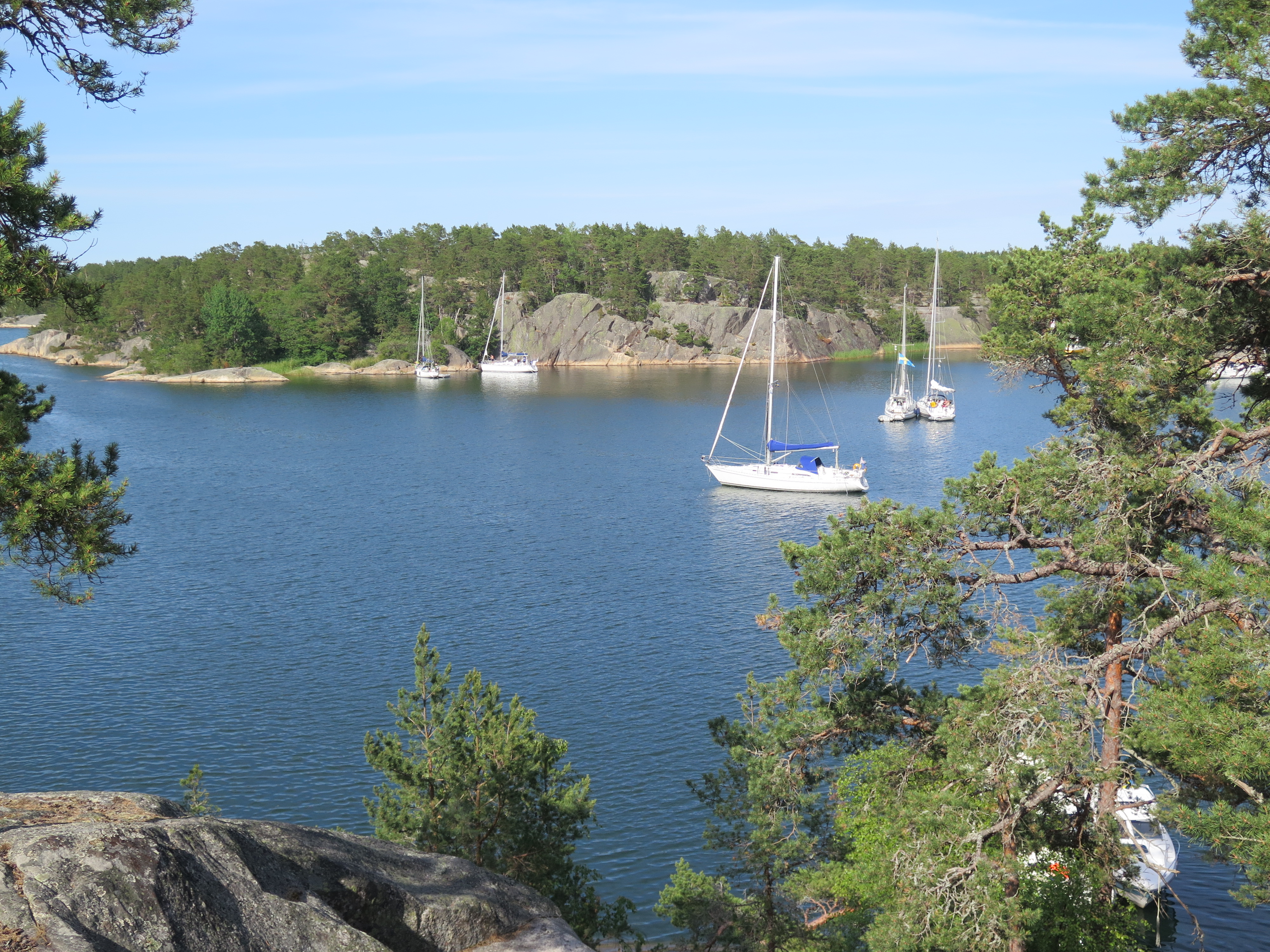