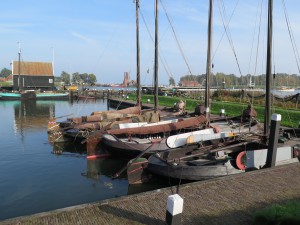 We decided to have a lay day today – an easy day in Enkhuizen. With a lovely sunny day we decided to start the day with a wander round the Zuiderzee Museum – described by Lonely Planet as one of the finest in the Netherlands. So, we walked down the road to the open-air section to start off with and were surprised to find the gate open but the ticket office closed. We quickly found out why – the museum had closed that morning for the winter – immaculate timing! However, they said we could still have a wander around as they were all cleaning up after the season, so we did just that and had a really interesting time. Despite being closed we were shown round the laundry with its working steam engine, round the chapel and various other bits. We also had a good wander round the harbour which is more or less an exact replica of the harbour at Marken as it used to be.

From there we had lunch on the quay and then started to wander back. On the way back we realised a lifetime ambition – to visit the ship-in-a-bottle museum! Actually it was fascinating. We were shown round by a very enthusiastic volunteer who took us right through the history of lots of the boats, showed us a video of how ships are put in bottles and also gave us a run down of the history of the house the museum is in. It actually was very interesting and a real gem of a museum. A particular favourite was the two models of the Titanic – one floating and one sinking. To finish off, because we were English, he made us all have our photograph taken with the Cutty Sark and the Endeavour – both in the same bottle. We were honoured! 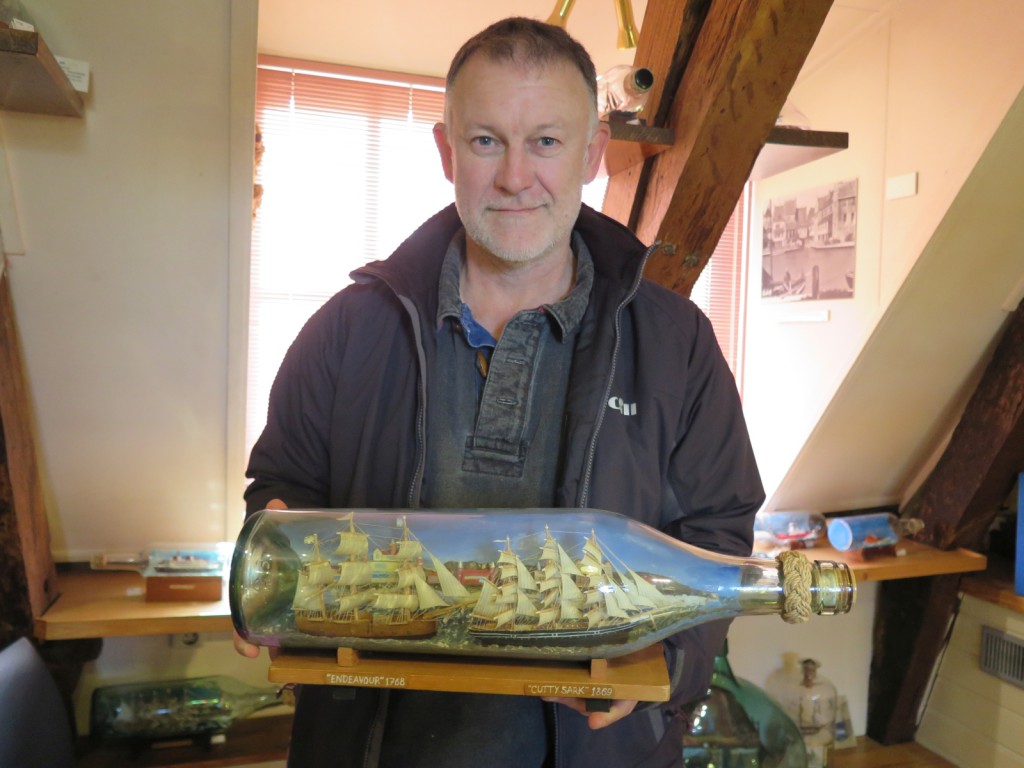