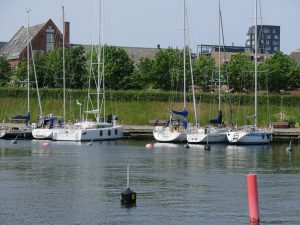 A short motor today from Dragor to Copenhagen (7.7 miles). The wind was coming from the north and given the channel to Copenhagen is not very wide, there was no way to sail, so we motored all the way. There are various options for mooring in Copenhagen, but we chose Langelinie harbour. While it is possible to moor in the canals more centrally, there didn’t seem (from the pilot books) to be any facilities there, so we felt that Langelinie was the most central marina. It is a small circular harbour where you pick up a stern mooring as you come in and then moor bows to the quay. This proved easier than we anticipated, but it was a very quiet windless day. We arrived around lunchtime.

Langelinie is ideally placed for viewing the Little Mermaid statue – perhaps the most iconic representation of Copenhagen. In fact we went almost directly past the statue to come into the harbour, saving us the cost of a boat trip to see the mermaid. From the harbour, it takes about 1 minute to walk round to where the mermaid is and then about 15 minutes while you wait for the hordes of people to shift sufficiently for you to actually get a view of the mermaid! The mermaid statue is was commissioned in 1909 by the son of the founder of Carlsberg who was inspired after watching a ballet based on the Hans Christian Andersen story of the same name. He even asked the ballerina to pose for the statue, but she wouldn’t pose naked and so just the head is based on the ballerina, while the rest was modeled by the sculptor’s wife. The sculpture sits right on the shore at Langelinie, making it something of a target for vandals. In fact, it has been vandalised many times, including having paint poured over it, the right arm being cut off and the head being cut off twice. Once the head was handed in to a local television station and the other time was never recovered.

The statue on display is in fact a copy of the original anyway and there are thirteen other copies displayed around the world including one on the grave of Victor Borge in New York. 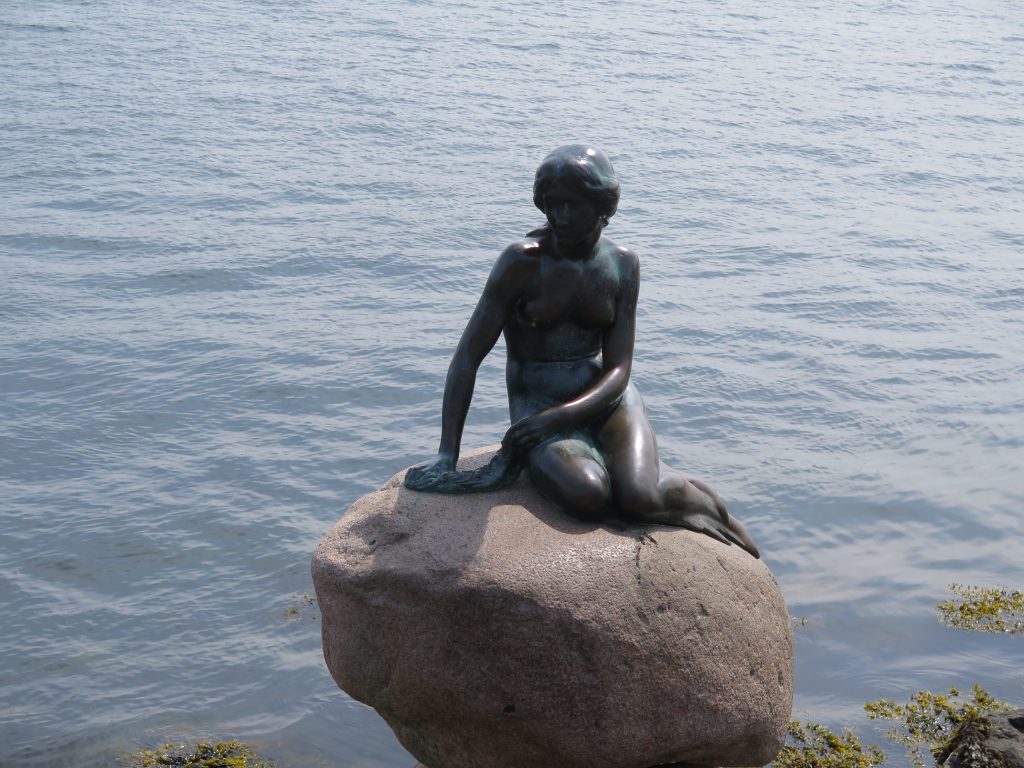