Twelve knots of wind and sunshine – a perfect combination which couldn’t last …. and didn’t! However, while it lasted we had a great sail. We started from Rodvig just after 8.30am and for the next three hours managed to sail at between 5 and 7 knots – past further cliffs (Stevns Klint). The cliff is UNESCO world heritage listed and apparently reveals sections from the uppermost part of the Maastrichtian stage (72 to 66 million years ago) and from the lowermost part of the Danian stage (66 to 62 million years ago). One of the best views of the layers is from the tunnels of the Stevnsfortet – a cold war fortress built into the cliffs in 1953 at the height of the cold war. The fortress has around 1 mile of tunnels and includes a hospital and chapel as well as living quarters for the soldiers manning the missiles which were aimed east at Russia! The fortress was operational until around 2000 and is now a museum.

From fairly early on in the trip we could see ‘The Bridge’ (the Oresund bridge of Danish crime drama fame) and it became clearer and clearer as we approached Dragor. The bridge runs part of the way across the sound to Malmo, but the first section from Copenhagen goes through a tunnel. This emerges on an artificial island and from there on, the rest of the passage across to Sweden for the traffic is on the Oresund bridge. Though we have been in Denmark for several days, we now really feel we have arrived! As we headed through the Dragor harbour entrance an alarm went off. At first we just thought it was either a mobile going off or perhaps a warning signal that a British boat had arrived! We quickly realised it was the engine overheat alarm, so rafted up against the first boat we saw to get the engine turned off as quickly as possible. In total we did 26.1 miles – the vast majority under sail. Once the engine had cooled down Ric attacked it to see what the issue was. We knew it was related to the hot water system as we had tried to clear an issue with this yesterday, but he narrowed it down to a further airlock in the hot water pipes going through to the calorifier. Blowing the air through was the eventual solution (we hope!).

Dragor itself is busy, but then it is Saturday and the Danes all seem to come out to play at the weekend. The town is a medieval fishing harbour which is now a playground for Danes heading out of Copenhagen for the weekend. We are after all only a few miles south of Copenhagen – a trip we will probably do tomorrow. 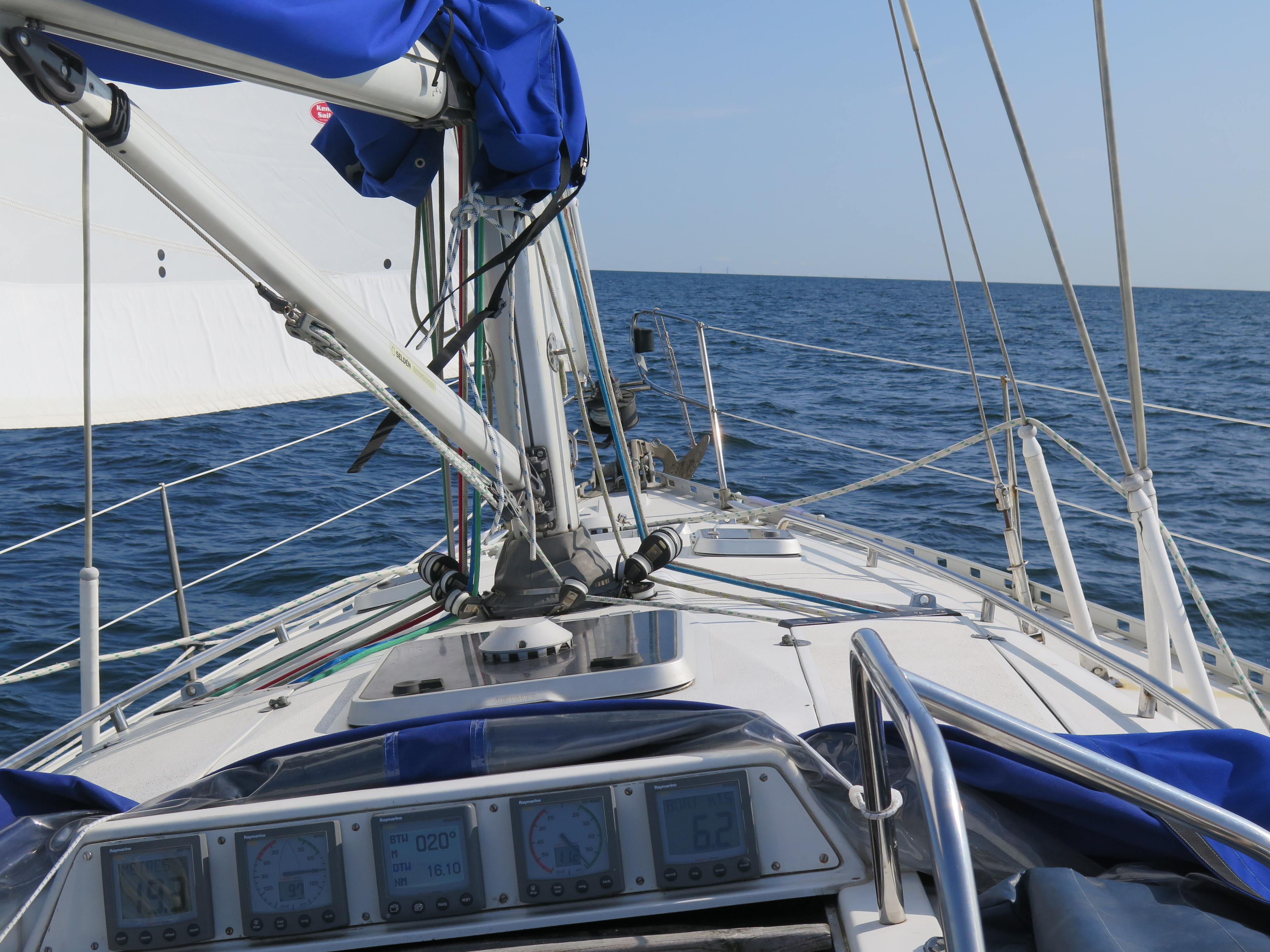