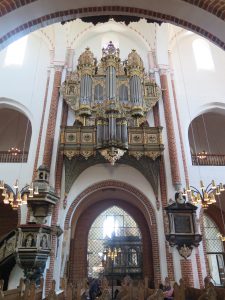 We had a lay day today in Copenhagen and had a great day out to Roskilde. We caught the train from Ostport near the marina straight across to Roskilde and walked through the town to the cathedral. In 1020 King Canute (of tidal fame …) elevated the town to a bishopric giving it national status and this marked the start of it as a prominent market town. The cathedral was started by Haruld the Blutooth, who, contrary to popular belief, was actually a technophobe and did not discover wireless technology. He did however, lay the foundations for what has now become a UNESCO world heritage listed cathedral which has the tombs of 39 Danish Kings and Queens. It is still the burial place for Danish Royalty. The cathedral also has a great clock which every hour gives a loud wail and St. George slays a dragon.

From there we walked down the hill to the Viking ship museum. This was built especially to house the remains of five Viking ships which were discovered in Roskilde fjord. They were remarkably preserved considering how long they had been in the water. They were originally sunk as they were surplus to requirements (probably because of their age), so they were sunk as a barrier to help protect Roskilde from Norwegian invasion. Of the three branches to the fjord, two were protected by wooden stakes and gates (to allow shipping through) and the other was protected by these sunken ships. They were sunk by weighting them with stones and it is probably this which helped preserve them.

The museum has also built replicas of the boats and in 2005 they sailed the replica of the Viking warship back to Ireland where it was built. The museum displayed the ships in a perfect setting and, thanks to an excellent guide, we learnt a lot about the Vikings, not least that they didn’t have horns on their helmets! That was something invented by costume designers in the 19th century when putting on Wagner operas! 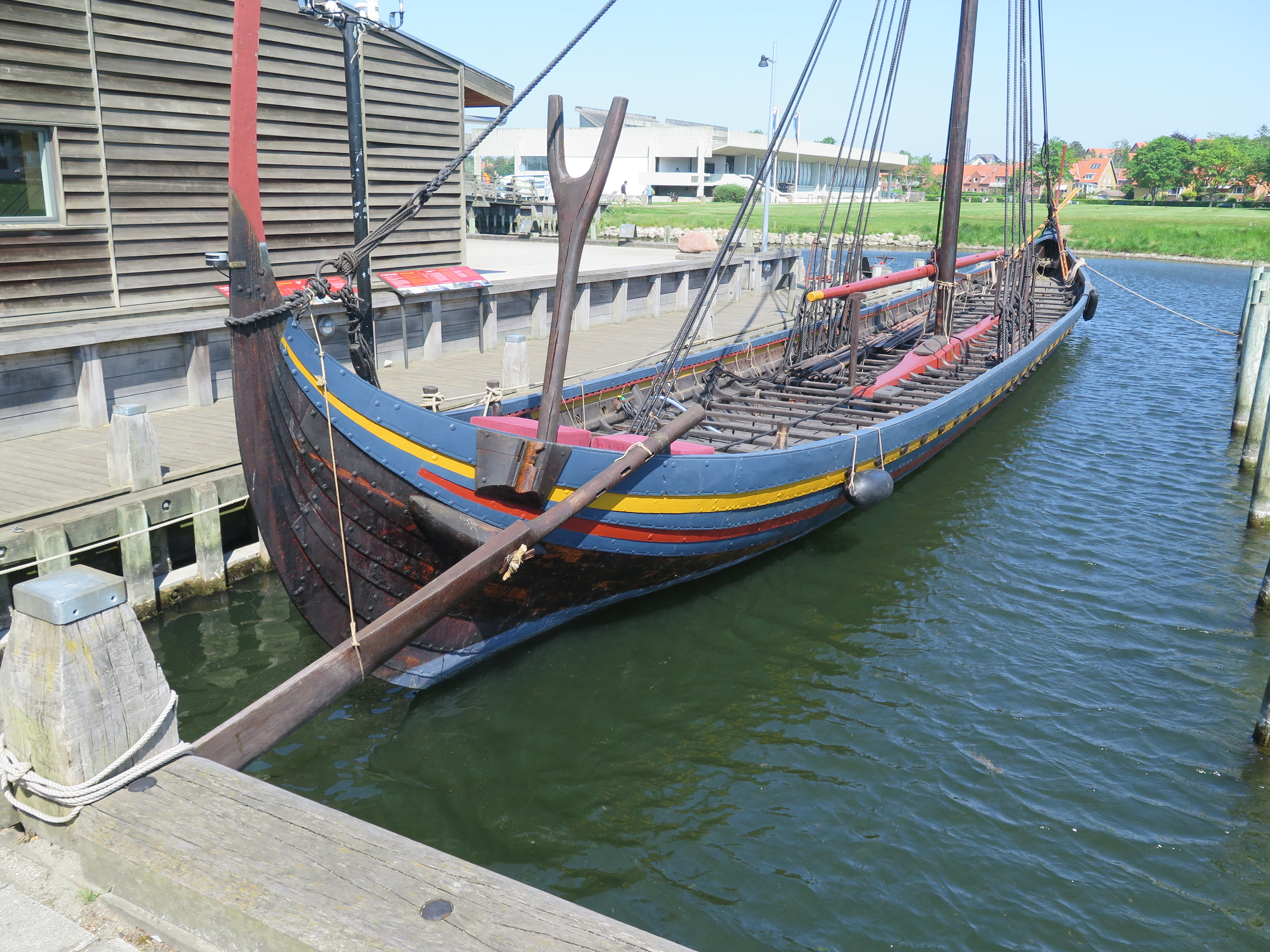