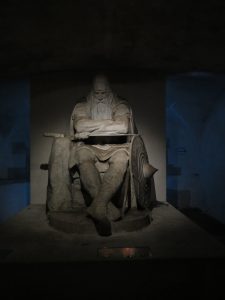 A tough day today! We started with a wander around Kronborg Castle. Today was the first day of the summer season and as a result, a troop of jobbing actors were wandering around the castle muttering lines like ‘To be or not to be …‘ and ‘ The lady doth protest too much …‘. It even turned out that one of them was from Colchester as he got more work over here! Actually, despite this, the castle was very interesting and we even wandered round the dungeons and saw the statue of Orgier the Dane – known locally as Holger Danske. The story goes that he is asleep and if Denmark is ever in trouble, he will wake up and protect them. The origins of the story seem to be in French literature and he first appears as the son of Charlemagne in the Chanson de Roland. From these humble beginnings, he then starts to appear in literature with increasing regularity. His sword is called Cortana, but never let it be said that a stone sword called Cortana is more use than the Windows version of Cortana!

Once we had looked round the castle, we wandered a little more round down – past the new Culturhavn with its museums and also the ‘Little Merman’ – a new statue by the artists Elmgreen and Dragset. The statue is actually called ‘Han’ which is Danish for ‘he’, though this interpretation is apparently questioned by some of the ex-Danish shipyard workers. After a very nice lunch in a local cafe, we made our way back to one of the off-licences we discovered yesterday and stocked up on various drink. The shop is run by very knowledgeable Swedish staff and the vast majority of their customers are Swedish and have come over on the Helsingborg ferry as alcohol is considerably cheaper in Denmark than Sweden – ended us stocking up. 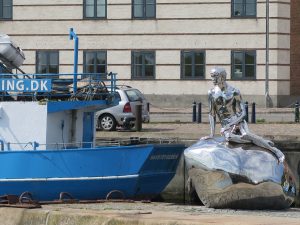 Around 3pm we headed down the coast to Humlebaek. We had a great sail, though the wind did die for the last little bit. However, it was only just over seven miles, so not far. Humlebaek harbour is small and once in, we managed to find a berth which we entered very efficiently after a 27 point turn! The harbour is right next door to the Louisiana modern art museum, somewhere I am guessing we will find ourselves tomorrow.

To finish off the day, I went for my first swim of the season in the Baltic. Invigorating would be the polite word for it – it doesn’t really seem to have started warming up yet. 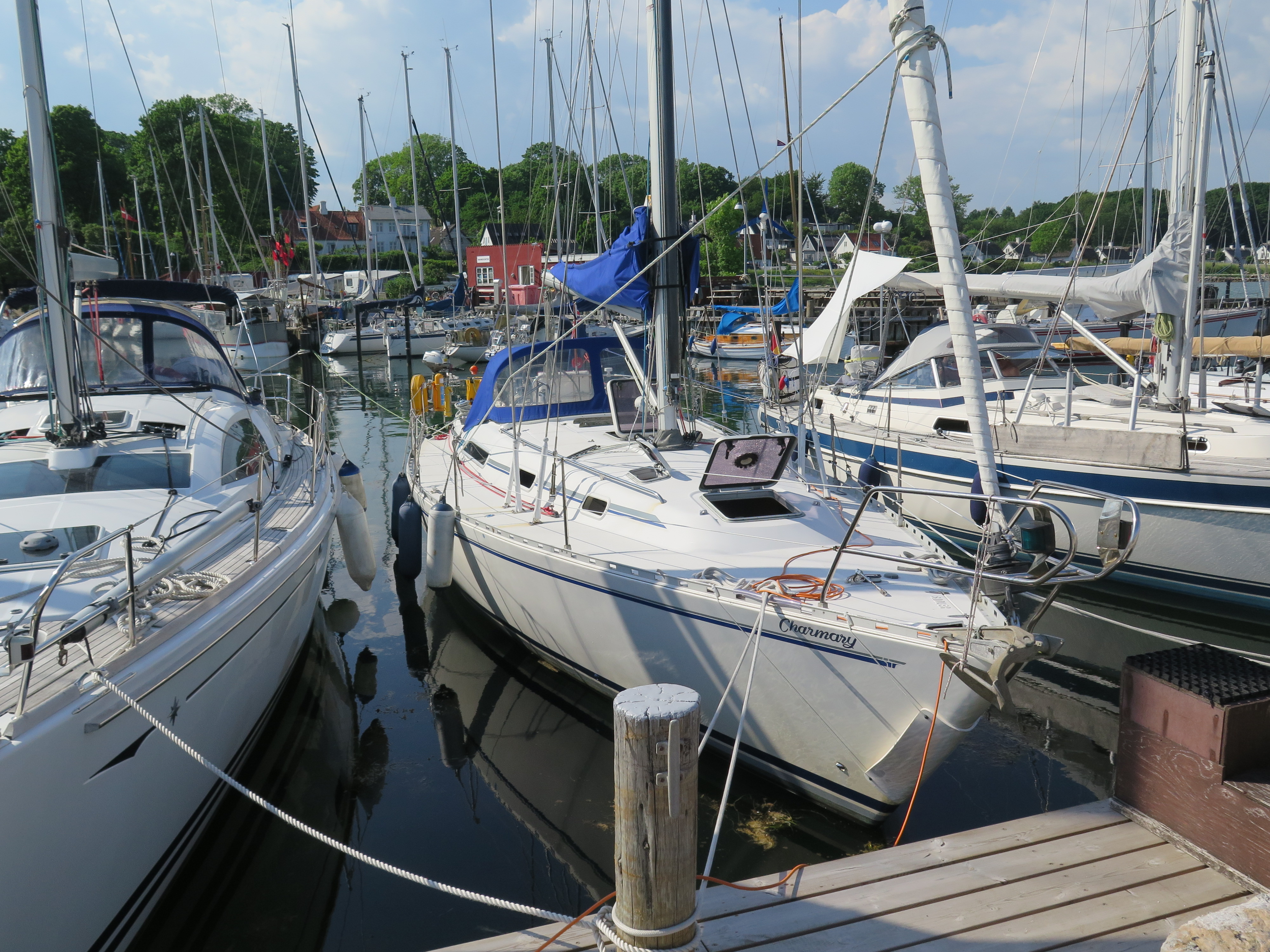