We managed to resist the temptations of the mini-golf at Flakfortet and set off just before 9am to Ishoy. The first stage was through the shipping channel past Copenhagen over the tunnel which runs part way across the Oresund. ‘The Bridge‘ of Danish crime drama fame actually only runs just over halfway across the Oresund. The bridge section runs around 5 miles from Malmo to an artificial island called Peberholm. The island is used to take the road underground through a tunnel the rest of the way to Copenhagen.

A link between Sweden and Denmark was first proposed in 1936, but the second world war then prevented further consideration. During the 1950s and 60s various schemes were proposed, but there was argument about where the crossing should be. Various groups argued that a link should be made at the shortest point between Helsingor and Helsingborg, while others argued that the crossing should be at Copenhagen. The latter group eventually won and the bridge was started in 1995 and finished ahead of schedule in 1999. The reason for making half the route underground through a tunnel was to prevent interfering with Copenhagen airport which is right at one end of the route. Most shipping appears to use the channel over the tunnel even though there is a dredged route under the bridge and clearance of over 40m, but we did see one ship go under the bridge this morning. The building of the bridge did suffer some unexpected delays with the discovery of 16 WWII unexploded bombs, but despite that was finished early and was opened on 14 August 1999 when Crown Prince Frederik of Denmark and Crown Princess Victoria of Sweden met midway across the bridge-tunnel. In later years the police forces of Denmark and Sweden have also met half-way, though I may be confusing fiction and non-fiction ….

The first stage of the trip over the tunnel was done under power as the wind was due south – exactly where we wanted to go. However, once south of Dragor, we bore away and headed across Koge Bay to Ishoy – a total trip of 23.5 miles. In the bay there are various marinas but we headed for the combined marinas of Ishoy and Vallensbaeak. The hardest part of the entrance (which had around 2.7m depth) was avoiding the kitesurfers coming in and out of the entrance. Kite surfers travel quickly at the best of times, but these ones were foiling at very high speed. We decided that the best strategy was that the one travelling at 25 knots could avoid the one travelling at 5 knots. They avoided us completely, even casually waving as they went by.

We will stay here for a day while Ric and Fiona have a trip round the Arken modern art museum and we catch up on jobs. 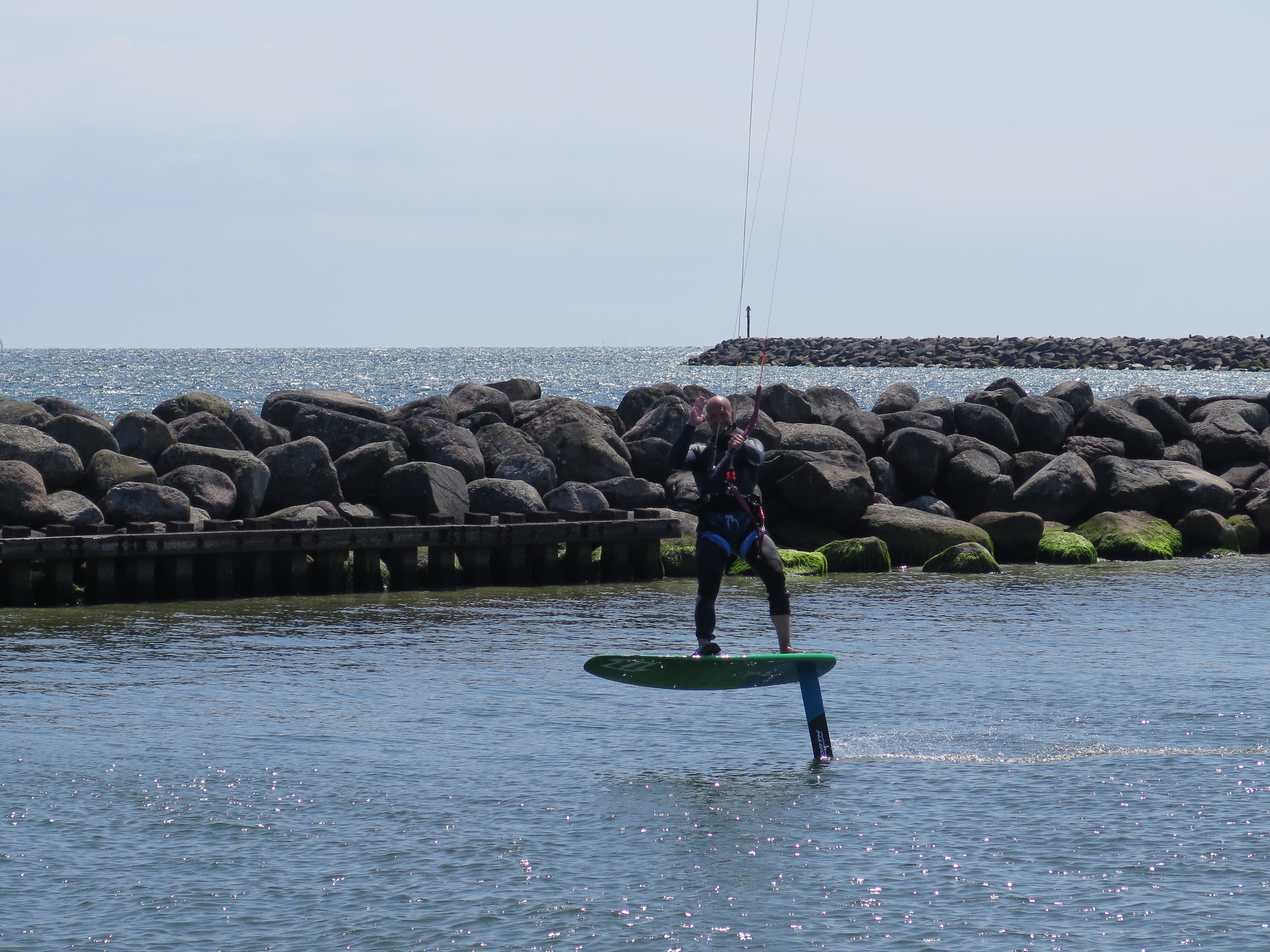