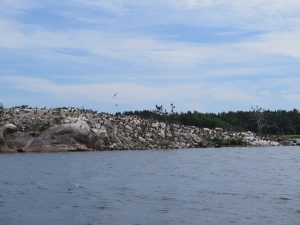 With Oxelsounds Batvarv having provisionally agreed to winter the boat, we headed over there first thing in the morning to make sure they didn’t have time to change their mind! It was a short run. Unfortunately, although there was a nice breeze, it was bang on the nose through the Nykoping channel and given how narrow it is, there was no way we were going to short tack along there. A local boat was trying, but we never saw him again, so don’t know if he is still there in the reeds somewhere …. So, we motored all the way past the delights of the steel mill, islands covered with cormorants and on into Oxelosunds Gasthamn. This is a small guest harbour, located in the old fishing harbour. As you head into the old fishing harbour, the guest harbour is on your right. Ahead are two boatyards – Salto Marin (on the right) and Oxelosunds Batvarv (on the left).

We headed into the boom berths in the guest harbour – a total of 9.8 miles and sadly nearly our final stop for the season.

The video below summarises our trip from Kalmar north through the archipelago to Nykoping and Oxelosund: 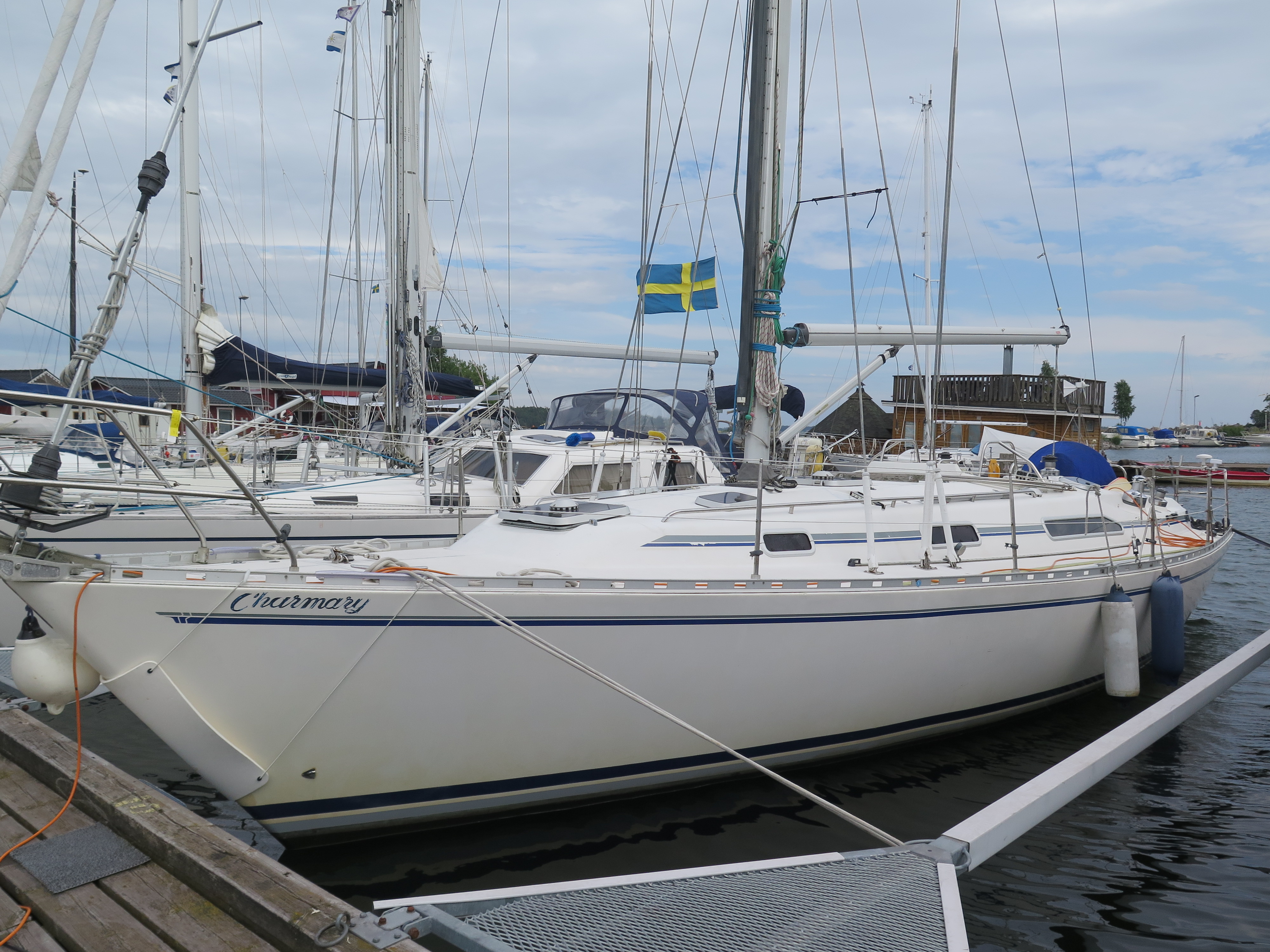