After a day sightseeing and stocking up in Mariehamn, we headed off in company with Airborne again to start trekking slowly across to Helsinki. We decided to have an easy day and so headed to Rödhamn for lunch. We had a great sail there – the main and full jib went up as soon as we had filled up with fuel and they came down just short of the pontoon at Rödhamn Gasthamn. Rödhamn is a bay between three islands – Rödhamn, Gloskar and Ljungskar. It is a very sheltered bay and clearly busy in high season with space to go bows to the jetty for at least 50 boats or more. However, with one jetty only occupied by one Finnish boat, we decided to be lazy and go alongside with Airborne then coming alongside us. The island is clearly only used during the summer season, but does have a cafe, a small museum covering the history of the radio beacons which used to be located on the island and a replica of the pilot house. It is very sheltered and would have made a good evening stop, but for the fact that it was only 10 miles from Mariehamn.

After a wander round the island, we headed off again towards Degerö. We almost managed to sail off the jetty, but did have to use the engine for 10 seconds just to get the bow through the wind. The breeze was lighter for the afternoon, but we sailed about half way before seeing Airborne put up their cruising chute. We immediately countered with a spinnaker and had a lovely spinnaker run for about 25 minutes until the wind suddenly shifted 180 degrees and forced a rapid snuff of the spinnaker. With the engine on we decided to do our compass calibration which involved two long slow circles under engine. This succeeded but as soon as we had finished, the engine decided it had had enough and overheated. Ric rapidly sprayed himself with antifreeze (though I am not sure if this was part of the repair or just for fun) and does now seem to have got all the air out of the system, so we finally have hot water again.

We arrived at Degerö around 6pm and , as there was no-one else was there, went alongside the jetty rather than picking up the stern buoys. About half an hour later, a third boat arrived and turned out to be another British boat, so the Brits were the only three boats there that evening. The night cost 30 euros which we did feel was a bit steep given the facilities, but it was a nice enough stop. 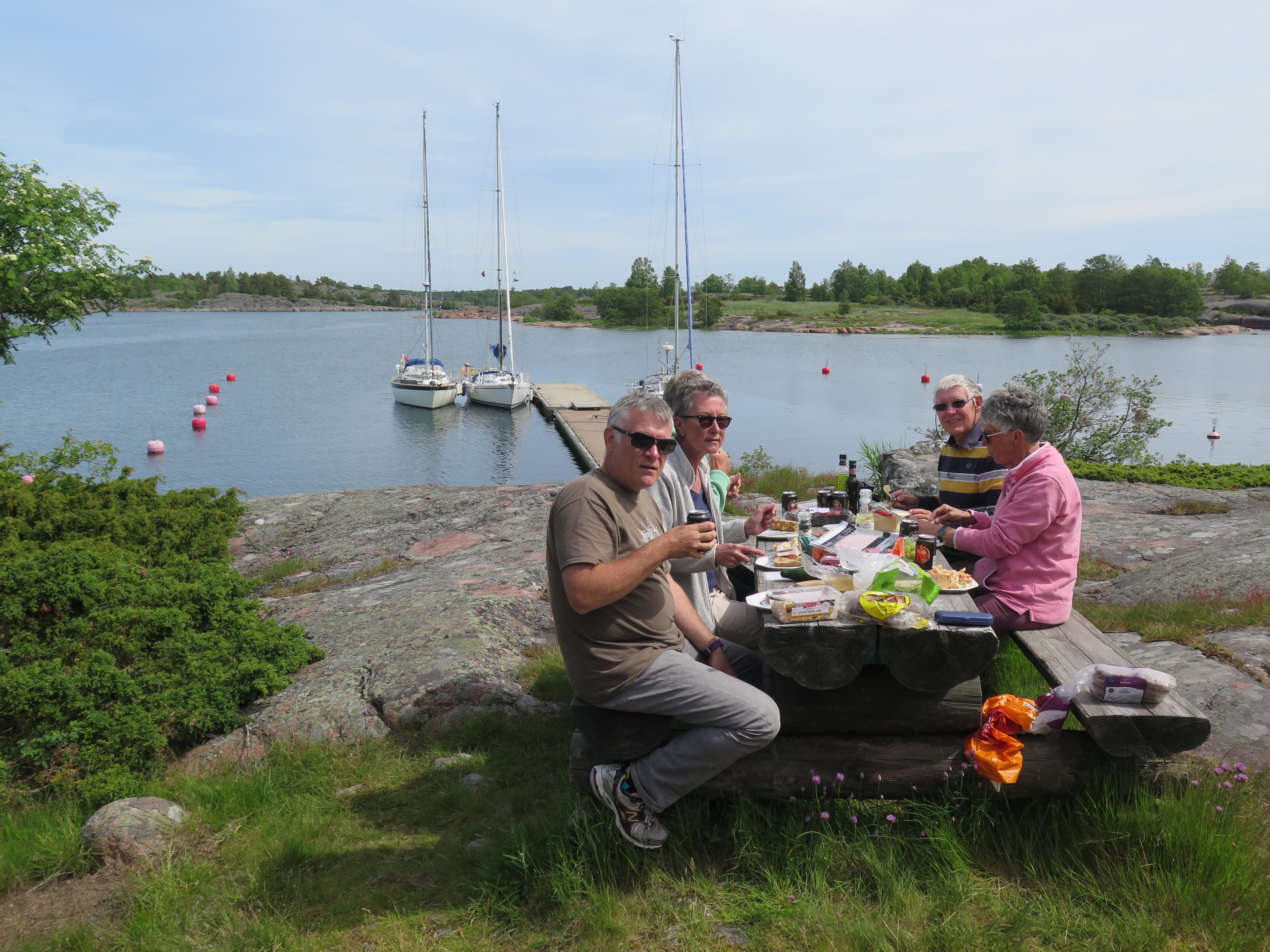