With a good forecast we set off promptly this morning (once we had worked out how to raise two anchors!) to head for Mariehamn. We had a great passage and only ran the engine for 10 minutes at the start to clear the anchorage and 10 minutes at the end to berth in Mariehamn West marina. The rest (34 miles) was spent under full sail with the wind just aft of the beam.

Mariehamn is the capital of the Åland Islands and when they say islands, they aren’t joking. The main island is Fasta Åland and 90% of the population live on this island, but there are a further 6,500 islands and skerries to the east of Fasta Åland. The Åland Islands are Finnish, but the people speak mainly Swedish and they have their own government and parliament, their own postage stamps, their own flag (which we are flying as a courtesy flag) and they are a duty-free zone – probably the main reason that Mariehamn is so busy with ferries!

The islands have a long history and there are over 380 known Viking burial sites. They were part of the Swedish empire in the 1200s, but were ceded to Russia in 1809 under the Treaty of Fredrikshamn. The Russians started to fortify the islands (in particular Bomarsund) and in 1854 a British and French force captured and destroyed Bomarsund fortress and part of the Baltic Campaign during the Crimean War. In the early 20th century the residents of the islands wanted to be ceded to Sweden but Finland refused and offered them autonomous status. The residents didn’t agree and the dispute was submitted to the League of Nations. They decided that the islands should be part of Finland, but have autonomous status and maintain their own language (Swedish) as well as their own culture and traditions.

Mariehamn has a population of around 11,500 people, but up to 1.5 million visitors arrive each year to visit the islands. Many of these come in through the ferries from Stockholm, Turku, Helsinkin and Tallinn. The ferry terminal is very busy and we spent considerbale time on the crossing monitoring where they were all going. It was a little tight through the start of the channel into Mariehamn with a ferry coming the other way, but it quickly opens up and then there is plenty of space.

Just behind us in the marina is the Pommern. She is one of the last grain ships still in her original sailing condition and was donated to the Aland Maritime Museum after the Second World War. She is unfortunately being restored at the moment as she would normally be outside the Maritime Museum. She won the Great Grain Race twice in 1930 and 1937 and there is a collection of photos of her taken by a seaman onboard in 1933 in the National Maritime Museum in Greenwich. She is even mentioned in Arthur Ransome’s We Didn’t Mean To Go To Sea as the children encounter her as they return to Harwich. She had unloaded her cargo of Australian grain and was heading back to Mariehamn. 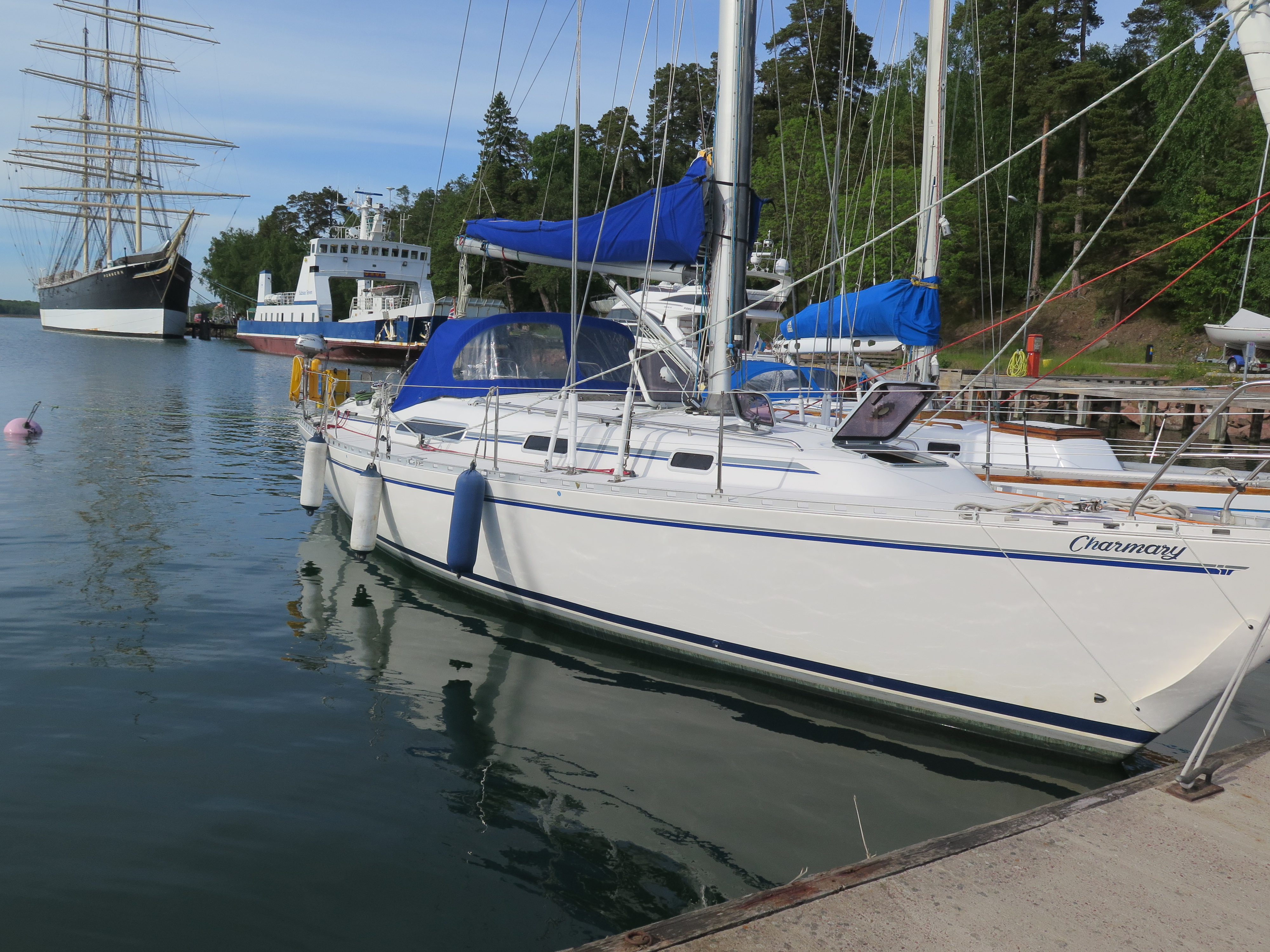