After a wander around Finhamn island this morning, we set off for Granhamn. It was a beautiful sunny day, but very little wind for the first 45 minutes or so. With a little wind filling in, we put some sail up, but after an hour and a half had to motor again to make progress at over 2 knots. However, fairly quickly the wind slowly filled in as we went between the islands of Yxlan and Blido and after another hour or so, we had a decent breeze and were making over 5 knots. We headed past the ferry port of Kapellskar and then shortly afterwards headed to Granhamn. The implication from the pilot book was that it was a fairly spacious anchorage, but it seemed quite tight to us. We anchored fine, but put out a stern anchor as well as much of a wind shift during the night and we would be having a closer relationship with the rocks than we wanted.

Granhamn island is just 700m long and the small inlet we are moored in was apparently a popular harbour for ancient sailing ships – indeed the rocks are covered in carvings made by sailors, presumably while they were waiting for a fair wind. One carving dates from 1811 when the island was defended against Napoleon’s privateers. The harbour used to be so well frequented that there was an inn here until the end of the 19th century – the foundations are still visible behind the toilets! Tonight there are just three boats – us, a Dutch boat and a Finnish boat moored to the rocks. 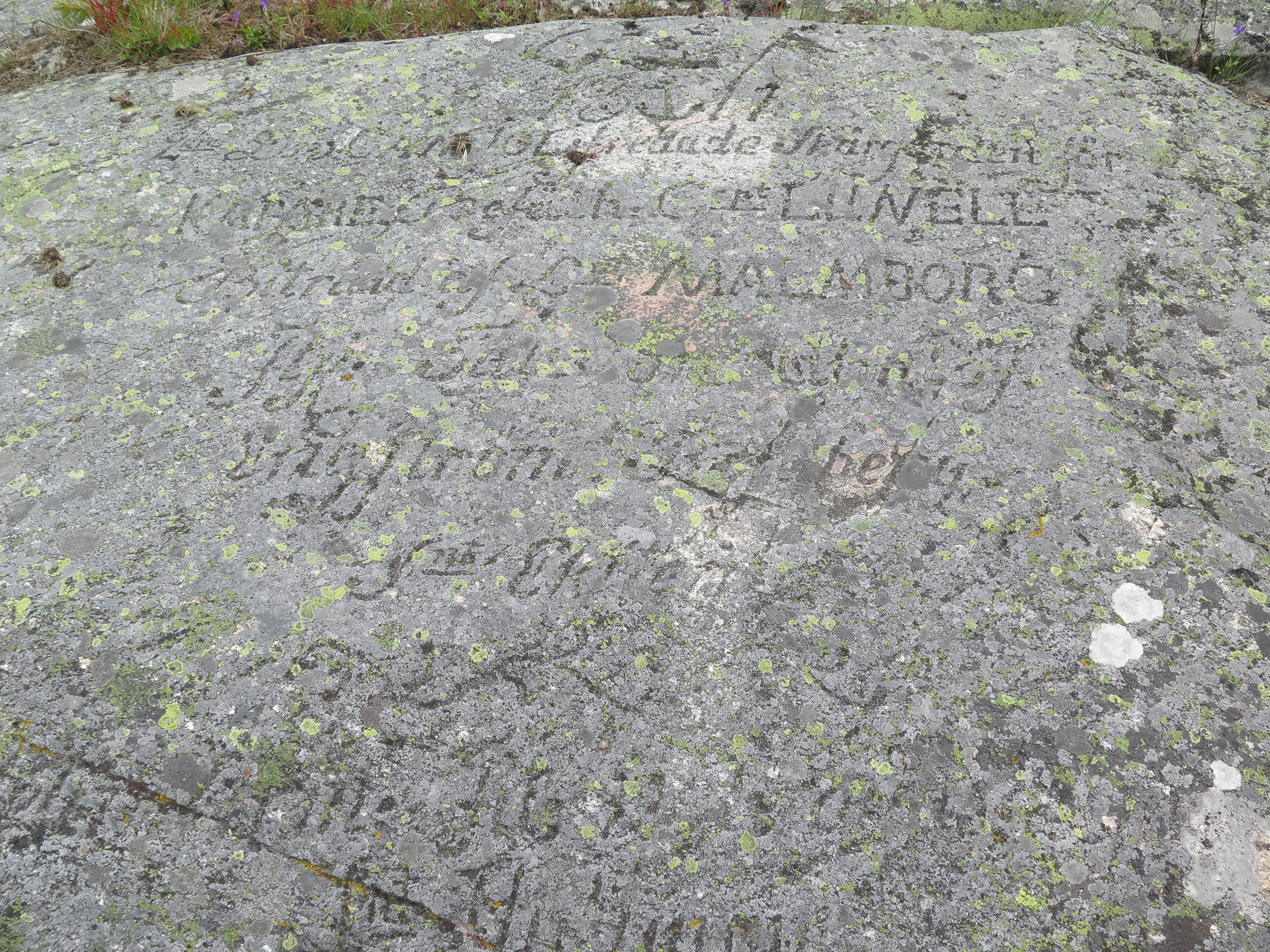