After a murky and wet day of sightseeing round Stockholm, the weather turned sunny today and we headed off to the bay modestly known as ‘Paradise’ (Paradiset in Swedish). Paradiset is a bay between the islands of Finnhamn and Ingmarsö. With entrances from the south and the north, it is a good location coming from either direction. We started fairly early and decided to stop for a couple of hours at Vaxholm. This was on the basis that we know that there is a good bakery, though there was also a System Bolaget right on the harbourside as well, so that helped with the decision!

We had a nice stop at Vaxholm and also discovered a good chandlery, so we splashed out and bought a stern anchor reel. This will mount on the pushpit and enable us to moor ‘Swedish style’ to the rocks (if I can get the spare anchor out of the forward locker). I may have shot myself in the foot with this purchase as I might now have to head for the rocks to try it.

From Vaxholm we headed on a further 18 miles to Paradiset. It was a lovely varied trip with a few tight turns through the rocks, but nothing too hair-raising. With very little breeze, we had to motor all the way and the only good breeze we had for the last 45 minutes or so was from bang on the nose. With insufficient room to tack, we had to carry on motoring. At Paradiset we had been prepared to anchor, but there is a new staging all the way along the rocks and there was a row of around half a dozen stern buoys. With a few of these still available, we picked one up and nosed onto the staging. To pay we had to wander across the island to the Youth Hostel and pay there. They also turned on the electricity remotely for us. There is some great walking around the island – something we will explore further in the morning. 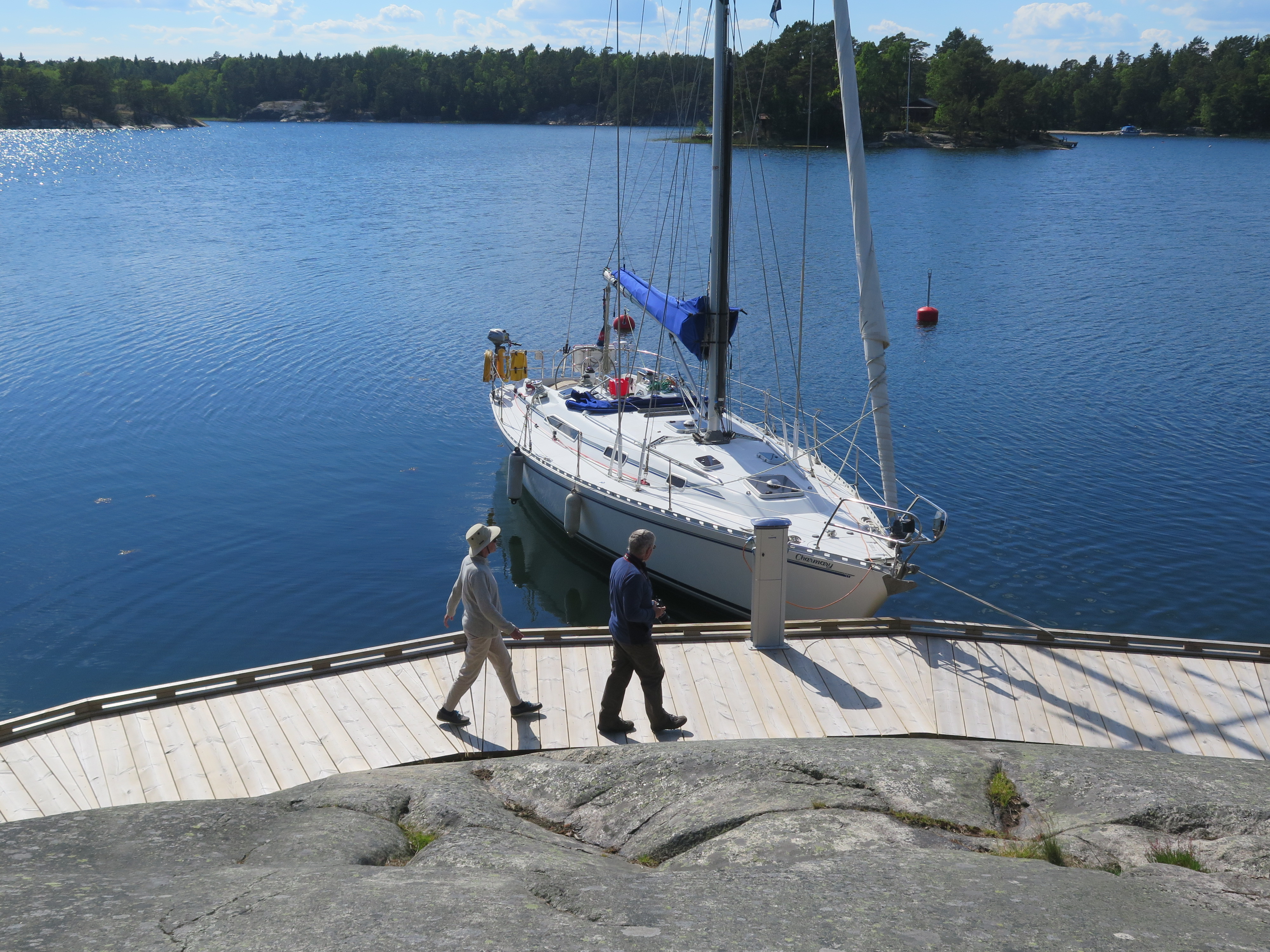