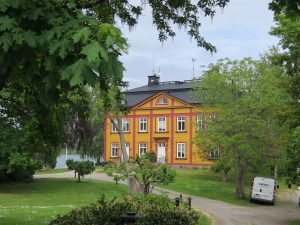 A day out today. After a couple of days sightseeing in Stockholm, we decided to venture into the edge of the archipelago. We headed off early morning to Vaxholm. It is only around 10 miles from central Stockholm, but has a totally different feel about it. Vaxholm stands on the main northern route into Stockholm and in the past they blocked the Oxdjupet further east forcing any ships through past Vaxholm. The fortress stands on an island just off the town of Vaxholm and though it was originally built in 1544 by Gustav Vasa, most of the current structure dates from 1833-63 and was built by convicts and prisoners of war. However, the builders were not very prescient as it was outdated almost before they had finished it. In 1870 the grooved bullet had proved very effective during the Franco-German war. So, in 1872 the iron-clad ship – Hildur anchored off Vaxholm and fired a test shell from a new gun with a grooved barrel to rotate the shell as it left the gun. This shell went straight through the outer and inner walls of Vaxholm fort. As a result the defensive emphasis was shifted back to the Oxdjupet which was cleared again and a new fort – Oscar-Fredriksborg – was built.

Vaxholm fort became at various times a prison, troop quarters and a base for the Swedish amphibious unit, but it is now the National Swedish Coastal Defence Museum, which proved more interesting than it sounded. You get a short ferry across from Vaxholm quay and this proved to be free for the day as one of the cables had broken on the cable ferry, so we got a ride on a smaller replacement ferry service – much more fun than the usual replacement bus services.

We also had a look round the old town in Vaxholm which is very pretty. All the old town is wooden houses as people were banned from building houses in stone until 1912. This was to ensure that the town could be burned in the event of an invasion of the fort. We also stocked up at a System Bolaget conveniently located on the harbour. Vaxholm has always been popular with Stockholmers and the archipelago steamers were something of a revolution for the people of Stockholm. In fact the main steamer company is still named after the island – Waxholmsbolaget.

After a good look round we headed back to Stockholm and following an ensign overboard manoeuvre (not ours!) we now are the proud owners of a nearly new Swedish ensign which we found floating just off the entrance to Wasahamnen. We then headed back into the marina and our previous berth was still free, so we re-adopted it.  We jumped straight off after getting in and headed to St.Jakobs church, not to give thanks, but for an organ recital. While looking round the cathedral earlier in the week, the vicar had said to us that most of the cathedral organ was fake (wooden painted pipes) – apparently the King at the time was too much of a cheapskate to fit a proper organ, but he wanted it to look grand. He recommended us to listen to the organ in St.Jakobs and there is a weekly organ recital at 5pm every Friday. A great end to the day. 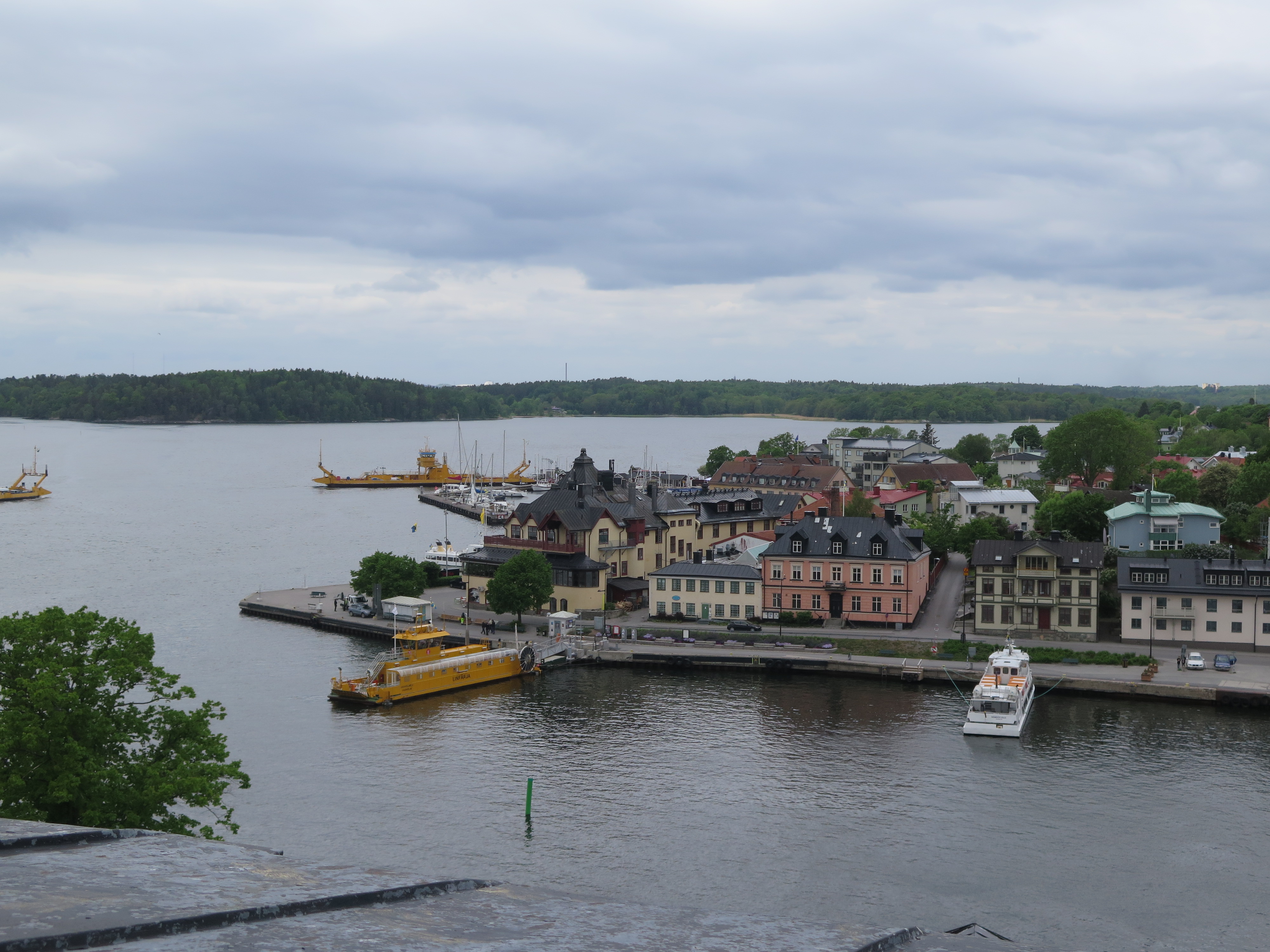