With high winds forecast for a few days from tomorrow, we decided to get some easting today and find a sheltered harbour to sit the weather out for as long as necessary. We chose Verkan on the island of Korpo. While open to the NW (where the winds will be coming from), it is surrounded by islands which should keep it sheltered. We set off around 9am as we had over 40 miles to cover and had to motor the first hour or so as we had to head up the sound from Degero dead to windward without much room to tack. However, once we rounded the tip of the island, the sails went up and the wind gradually increased, gusting at time to around 20-22 knots. Given that this was from the beam, or occasionally very slightly ahead of the beam, we had a fantastic sail and averaged 7 knots for the whole trip – not bad considering we motored the first hour and the last 15 minutes.

Some of the sail was quite open in the gap between the islands, but the sea state was always fairly slight and helped us keep up a high average speed. We were slightly mystified that we hadn’t seen Airborne the whole way as they left 20 minutes before us, but it turned out that they went a different (and longer) way at the start and so were behind us all the way – they could see us, but we did’t know they were there!

Verkan is a small place, but a nice harbour and the village is around a kilometre away. It also seems to be hosting a hippy convention this evening with the road being blocked by people dancing to an accordion and someone singing to Anne (in immaculate English) as I went past on the phone to her.

The facilities in the village are excellent – a huge library (which seems totally out of proportion to the population size), a tennis court, a tourist information (in the gift shop/cafe), a supermarket, a phone shop and a post office. However, this is not just any post office. It was described to us as a typical ‘archipelago shop’. It stocked everything from bags of concrete to tools to plumbing equipment to Moomin cuddly toys. A quite amazing shop and it also doubled as a cafe and apparently is very popular with locals. The church in the village is called St.Michaels and is one of the oldest churches in Finland with much of it dating from the 15th century. The interior is dominated by a 15th century wooden rood screen. This is apparently unique in Finland, though can be seen in some Medieval churches in France and the UK. 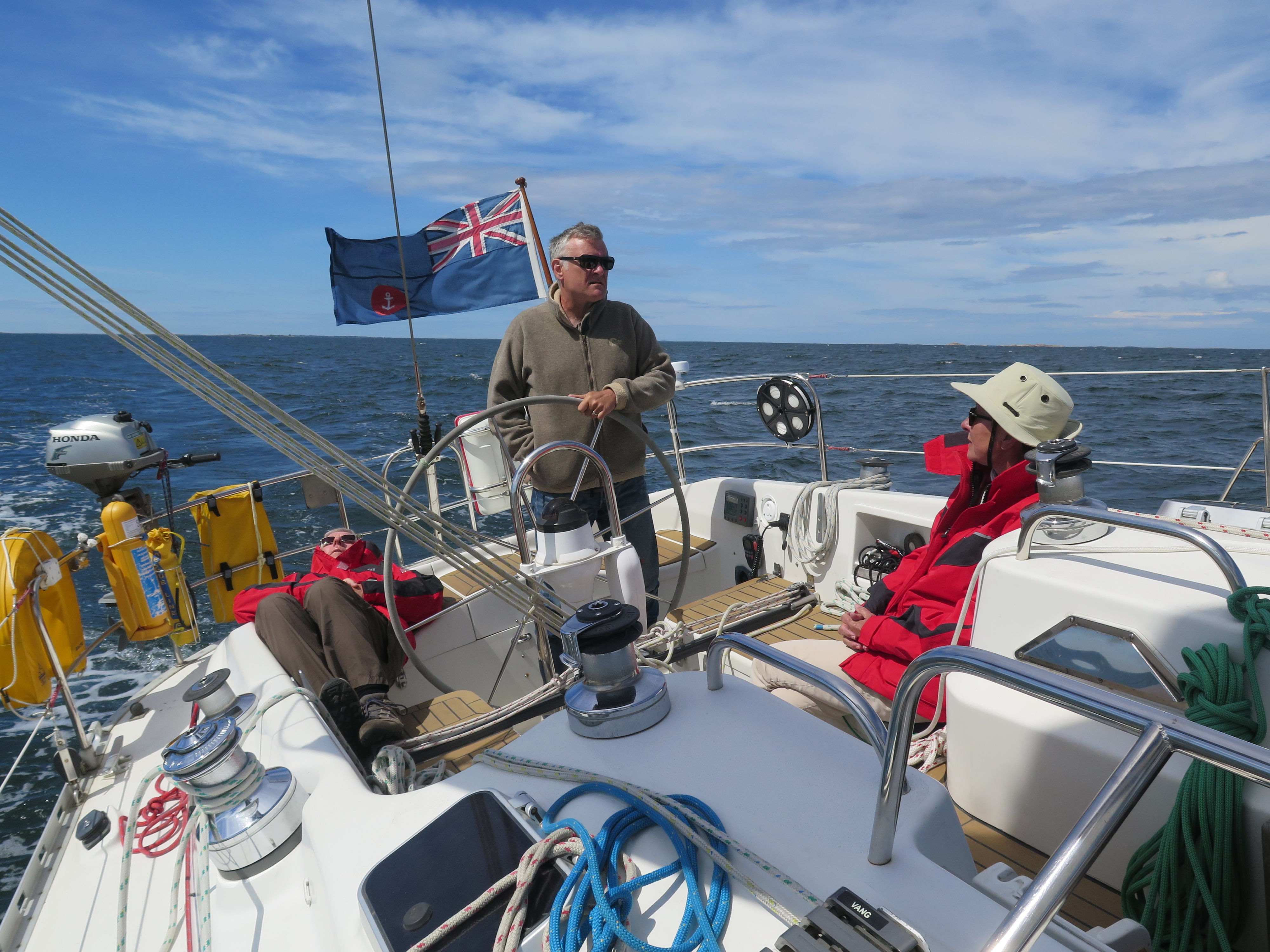