A short trip today, but a great sail. We headed off from the anchorage at Trosa after an early morning swim. Bracing would have been one word for it, bloody cold would have been an alternative description. However, it did start the day well! From there we tacked up the east shore of Fifang and then headed across the channel to Trosa. With around 17-20 knots most of the way, we had one reef in the main and two thirds of the jib out and went really well. The total trip was only 9.7 miles in just over two hours, though much of that time was spent cleaning the anchor!

The afternoon was spent exploring Trosa – a really pretty town. We managed to moor alongside the pontoons on the river and from there it is only a short walk into town. Trosa is sometimes described by the Swedish as “The end of the world”, though we are hoping there isn’t much truth in that. There has been a town here since the 14th century, though the actual town was moved in the early 17th century because of a post-glacial rebound – a flash way of saying that the land rose and they needed to move the town back to the mouth of the river. However, in 1719 the town was burned to the ground and pillaged (apart from the church) by the Russians during the Russian Pillage 1719-21.

In the summer the population of Trosa goes up by well over 100% because of a high ratio of summer houses. One of those with a summer house is Benny Andersson from Abba. 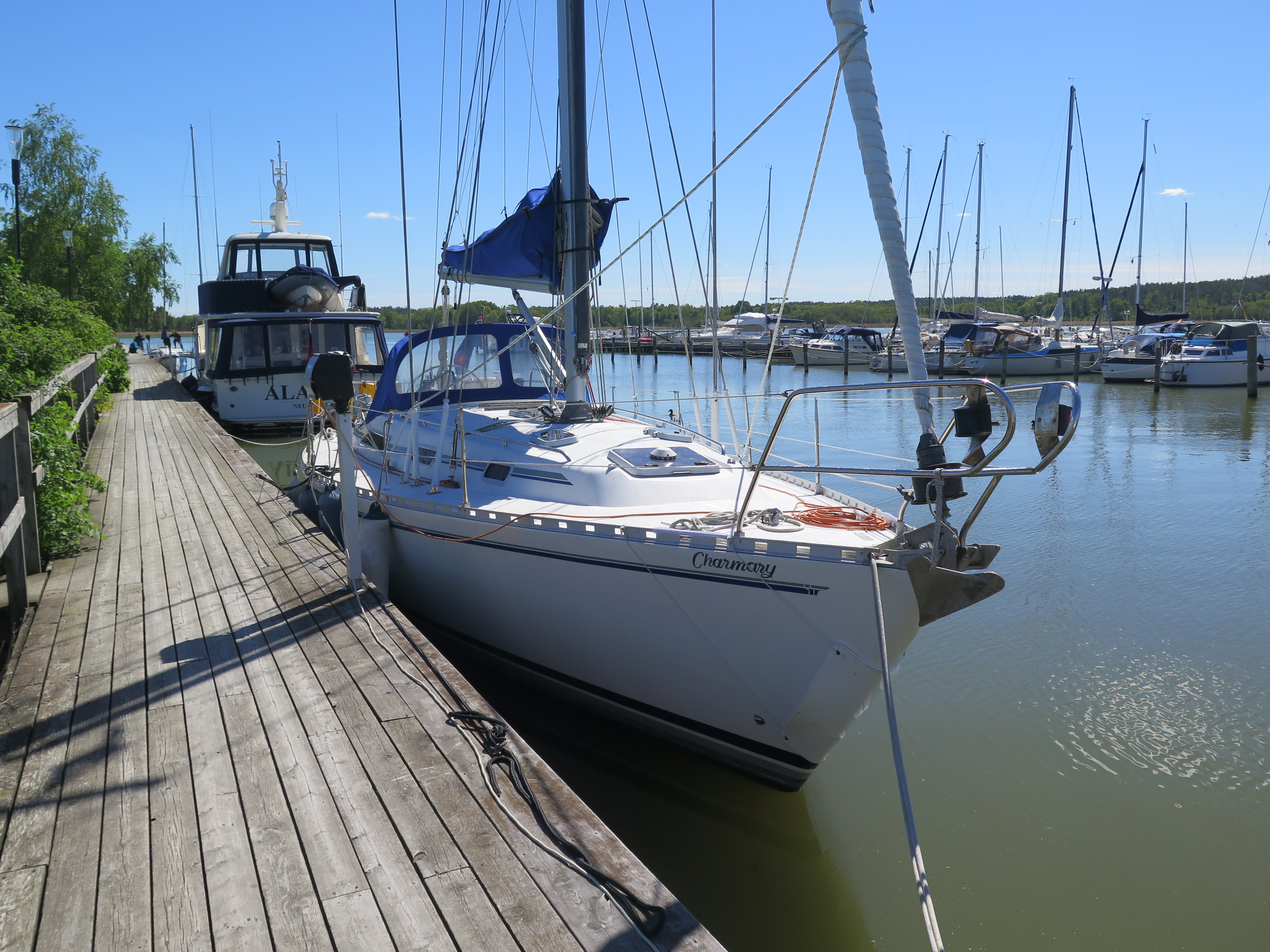