After a lovely afternoon in Trosa, we decided to head round to Södertälje to meet Bob and Roger and Sue. The Södertälje canal is the main route into Lake Mälaren from the south, so from Trosa we headed south a little, back past Fifang and then headed north towards Södertälje. Unfortunately the wind was very light, so we ended up motoring most of the way with a short 20 minute interlude where we thought there may be enough breeze to sail. Turned out there wasn’t!

The Södertälje canal links the Baltic with Lake Mälaren and is the main way into Mälaren for shipping. In Viking times the inlet was navigable right through but when land levels rose, this closed off the route into the Lake. For a time boats used to be dragged over to Lake Mälaren on logs, but eventually in 1819 a canal and lock were dug. The lock was expanded in 1924 is is apparently still the same size as then. However, from the look of it, extensive works are being done to expand the lock further.

In the end, we made it to Södertälje Gasthamn about 10 minutes before the others – immaculate timing. Södertälje was not the most delightful place we have stopped, but it got us closer to the Lake. The guest harbour is just immediately south of the lock into Lake Mälaren. The name of Södertälje means south talje to differentiate it from a town named the same north of Stockholm. That is now known as Norrtälje (north talje). 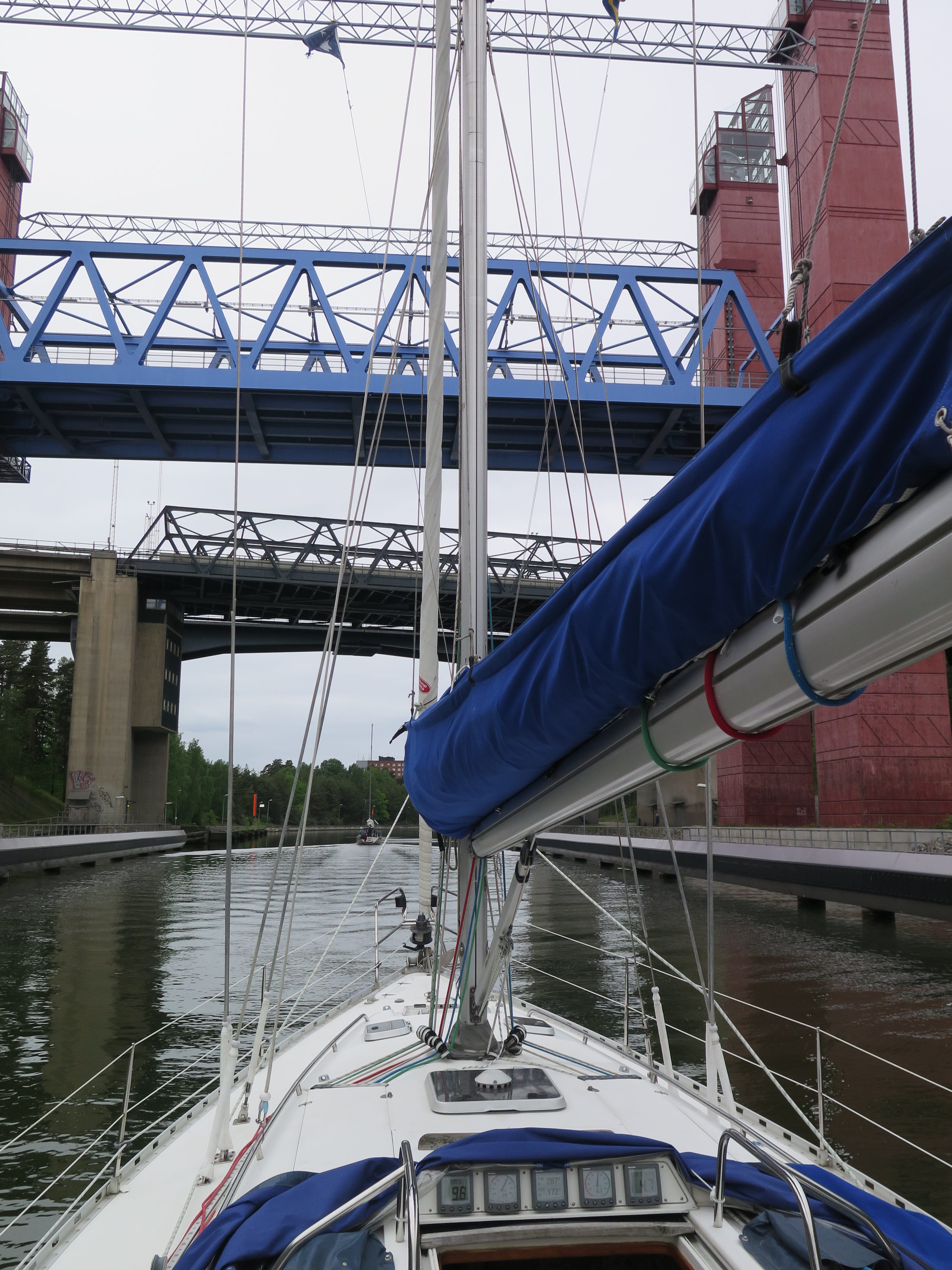