With a full contingent of crew again, we headed through the Södertälje lock and into Lake Malaren. A slightly grey and windless day, so we had to motor all the way, but it was still a lovely trip. The entry into Mariefred is lovely with Gripsholm Castle on one side and the town on the other. The castle dominates the town and is called Gripsholm after the first person to build a fortress here in the 1370s – Bo Jonsson Grip. His fortress was sold to Queen Margaret in 1404 and then it later became a convent for the Order of Carthusians. The Swedish Reformation saw to that us though and in 1526 King Gustav Vasa confiscated it and tore it down, building a fortified castle in its place. The castle seems to have lasted much better than the ship named after him!

From there it has been added to over the years gradually and used by the Royal Family throughout the 18th and early 19th Centuries. It was a particular favourite of King Gustav III who took over the top of one of the towers and built and an entire theatre in there. The theatre still have the original backdrops and scenery and is very spectacular – worth a visit in itself. In 1822 though the castle became the home of the National Portrait Gallery and while it is officially still a Royal Castle, it is now a home to tourists far more than to the Royals who I am sure wouldn’t be seen dead with the likes of us!

We stayed a further day in Mariefred partly because it is a lovely town, but mainly because some relatively strong westerlies forecast overnight ruled out quite a few of the stops on the way to Stockholm, all of which are exposed to the west. Mariefred takes its name from the old Carthusian convent – Mariefred Charterhouse and literally means ‘Peace of Mary‘. It is a lovely little town, though slightly bizarrely it is officially a city. This seems to be for historical reasons as generally it takes more than 10,000 inhabitants for a location to be called a city in Sweden. 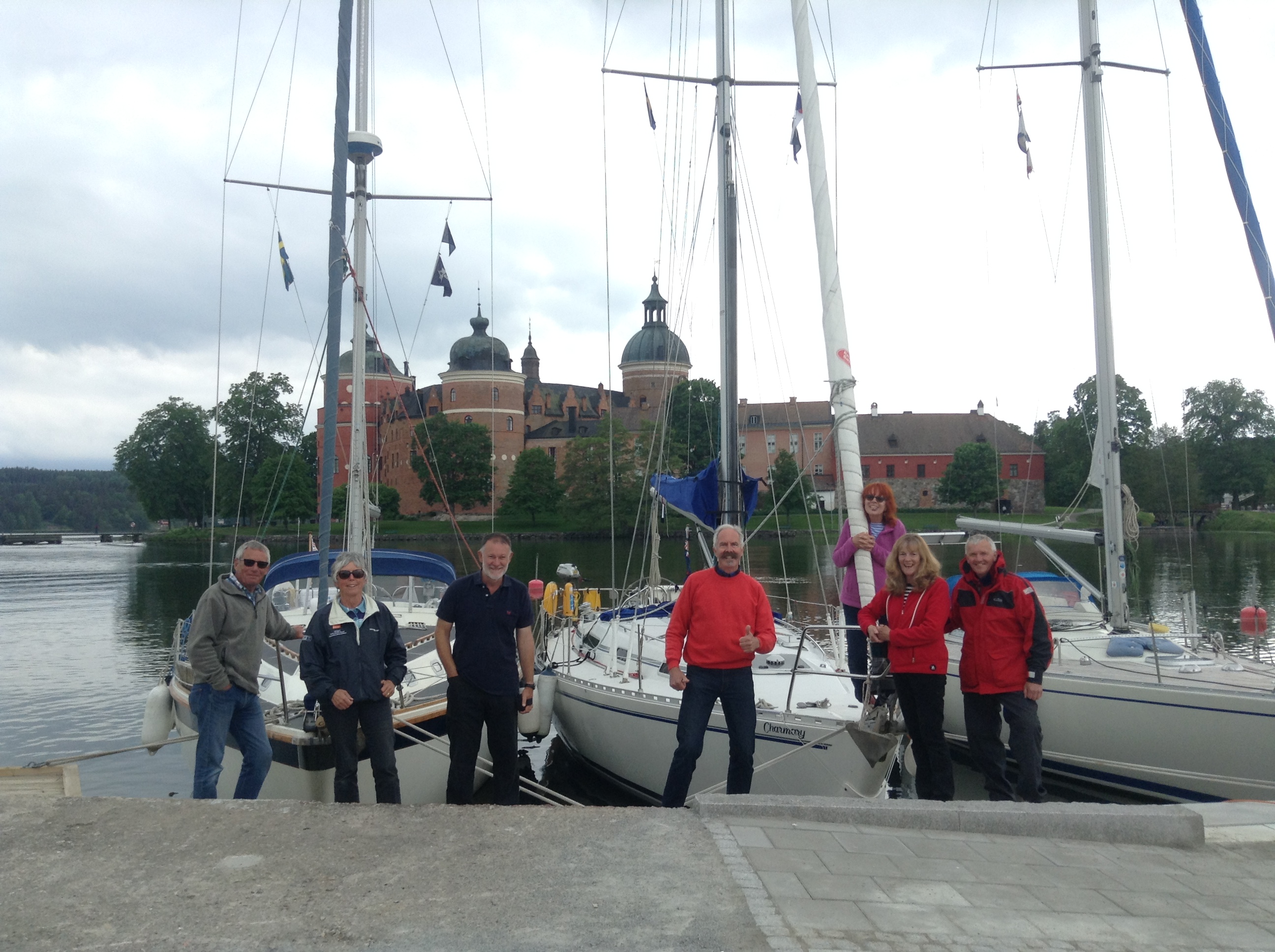