After a very peaceful night at Ringson, we headed across to Fifang. With northerlies forecast, we decided that the southern harbour on Fifang would offer good shelter and so followed Airborne across to there. We had a great sail across under jib only and only took the sails in just short of the entrance to Fifang. With around 17-20 knots much of the way, it was fast trip despite being done under jib only. In total we did 17.5 miles in 3 hours and 10 minutes.

Fifang itself is a small island and has two anchorages – one in the north and one in the south. We headed to the southern one which also has some pontoons as the Södertälje Boat Club rent the space and have a club house here. Airborne anchored first and we went alongside for lunch. After lunch we anchored separately and they decided to go ‘Swedish’ and moor to the rocks.

Fifang is a nature reserve and though it was farmed from the 16th century onwards, it has been a nature reserve (along with many of the surrounding islands) since 1999. The reserve has various species including some rare fungi. It is also a nesting site for nightjar, white-tailed eagles (which we think we saw flying near Nyköping) and wryneck. In the afternoon we had a lovely walk across the island. 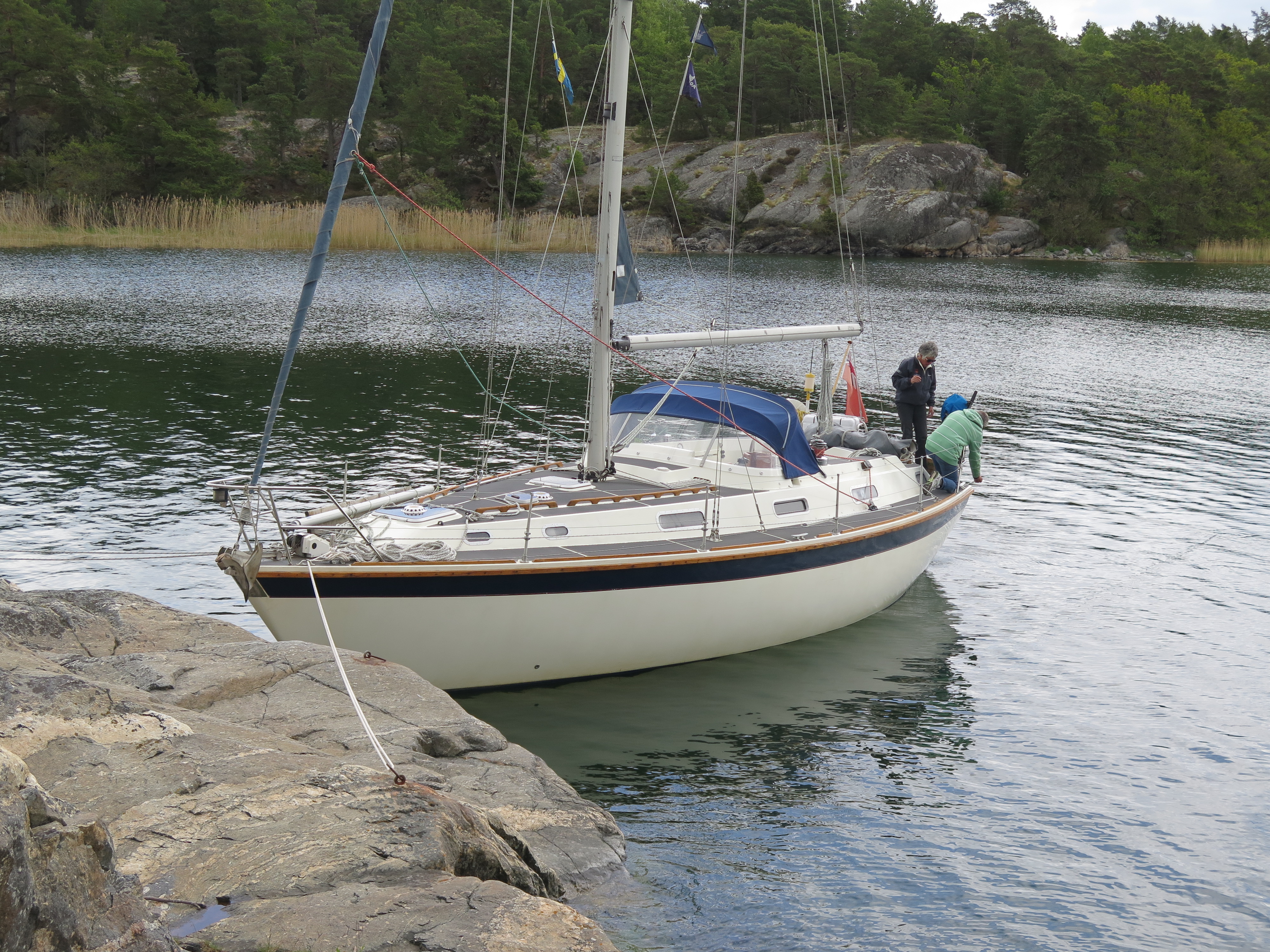