With a less than ideal forecast for the next few days, we decided that the best approach was to try and get some mileage done towards Helsinki today. So, we headed for Hanko. We started fairly early as with nearly 60 miles to do, we thought we would get on. The first hour or so we had to motor across the south of Korpo and Nauvo, but the wind filled in and we managed to sail for the majority of the day with just a couple of short periods under engine when the wind died a little.

Hanko has been the site of a lot of battles over the years and towards the end of the 18th century was fortified by the Swedish. These were taken over by the Russians in 1809 and then bombarded by the Royal Navy during the Crimean War. The Russians eventually blew them up themselves – presumably to prevent them getting into the hands of their attackers. In the late 19th century when Finland was still a part of the Grand Duchy under Russia, Hanko was a popular spar town for Russians. In 1940 the town was leased to the Russians as a naval base though they were forced to evacuate it in 1941.

This evening is the evening they celebrate Midsummer, so as well as the boats being dressed overall, there was a ceremonial lighting of a bonfire moored in the middle of the bay. The bonfire was lit by the lifeboat. 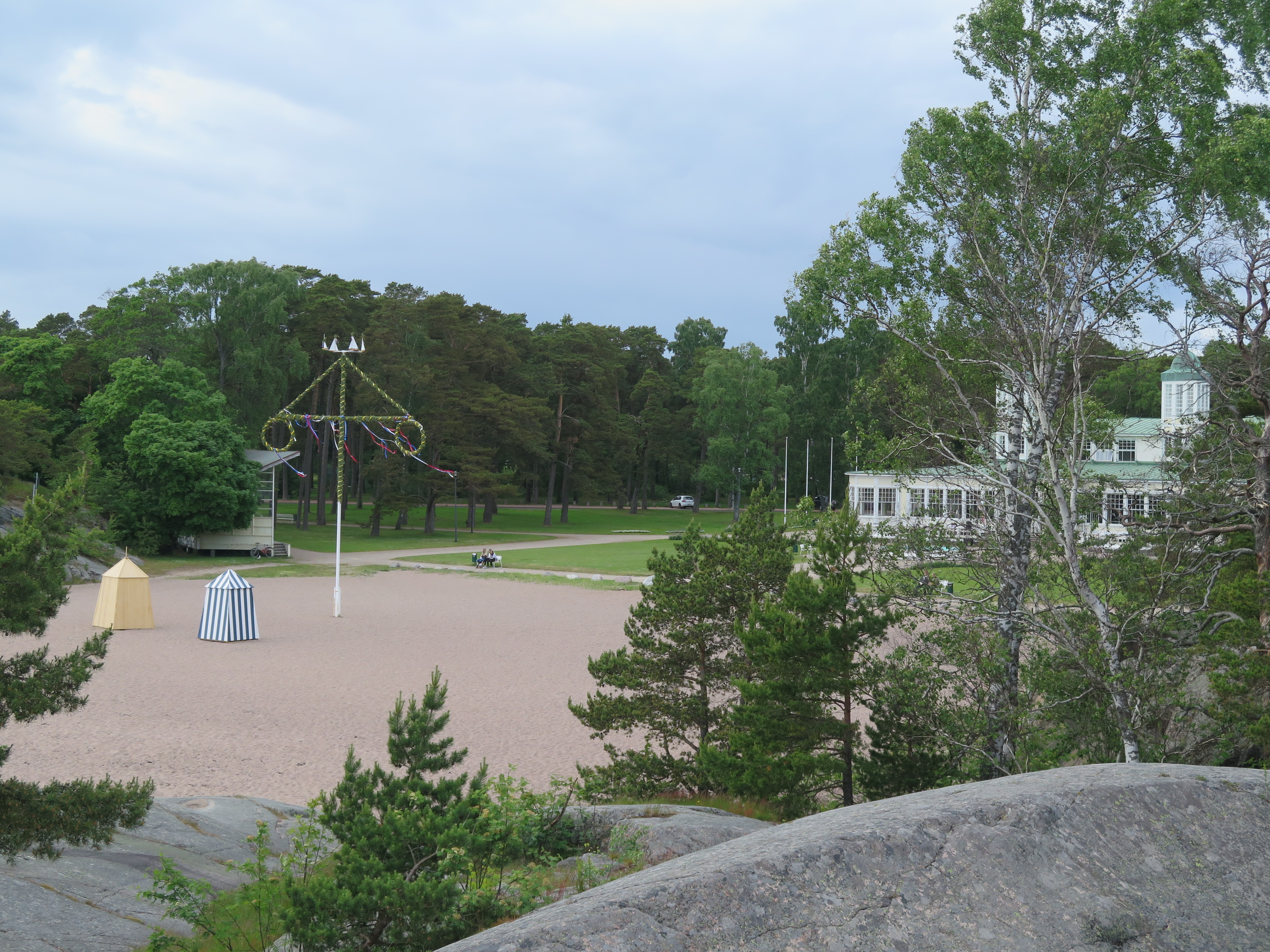