After a decisive start to the day, we left Korpoström at 7.30am with a firm plan to head for Remarhamn on Kumlinge. Within half an hour we had become indecisive. The wind, forecast to be north-east, was between north and north-west. This would have meant motoring quite a bit of the way, so we firmly decided an alternative plan and headed to the island of Sälsö. We then immediately hoisted the sails and managed to sail the whole of the rest of the way – taking sails down just by the entrance to the bay in Sälsö. For a short time the wind did go into the north-east and so the spinnaker got an airing, but after 40 minutes or so we were back to white sails as the wind drew ahead.

On Sälsö there were two possible mooring spots according to the Åland guide. The northern bay looked promising, but we decided to head to the southern one where there was one Swedish boat already moored on the rocks. We considered the rock mooring marked in the guide, but as we approached the rock we could see flowers on the water and the depth was shelving fast, so we shelved that plan and anchored off. We went ashore for a walk around later in the afternoon and managed to get to the high point on the island, but much of it was inaccessible because of the vegetation. 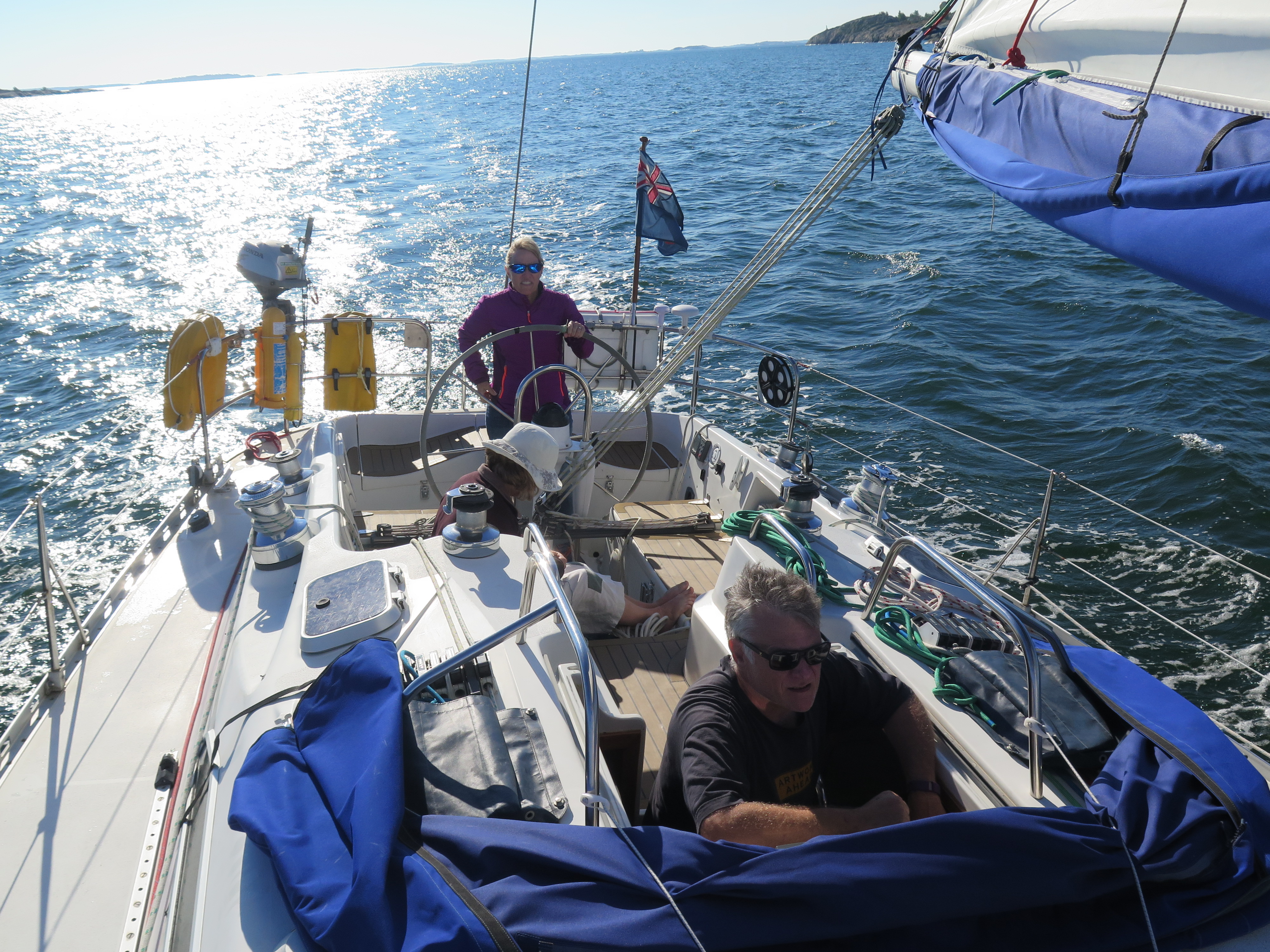