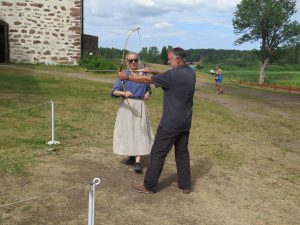 Today we continued our Åland historical binge by exploring Kastelholm Slot (Castle). It was a relatively short run (14.2 miles in 2 hours and 45 minutes) from Bomarsund to Kastelholm and we had to motor all the way with very light winds. We arrived in Kastelholm around midday after going very slowly up the river – firstly because of 22m clearance on some power lines (we were plenty clear, but the skipper still didn’t like it …) and then because the river is fairly shallow according to the chart. In fact we never had less than 3 metres so it was easy. The harbourmaster helpfully directed us to a berth and after a short swim, we headed off to the castle.

The castle was first mentioned in 1388 as Kastelholms House and it was gradually rebuilt and extended over time to the point where it was visited in 1530 by the King – Gustav Vasa. In 1745 it was completely destroyed by fire, but it has gradually been restored between 1891 and the present with the most recent works in 2001. The tour took us round the room where King Eric XIV was imprisoned by his brother – a nice lot these royals – in a dispute over the crown. Eric was apparently moved from castle to castle and eventually killed by arsenic poisoning. The castle was also surrounded by the Åland open-air museum, so a lovely place to spend an afternoon. We even got to play with bows and arrows! 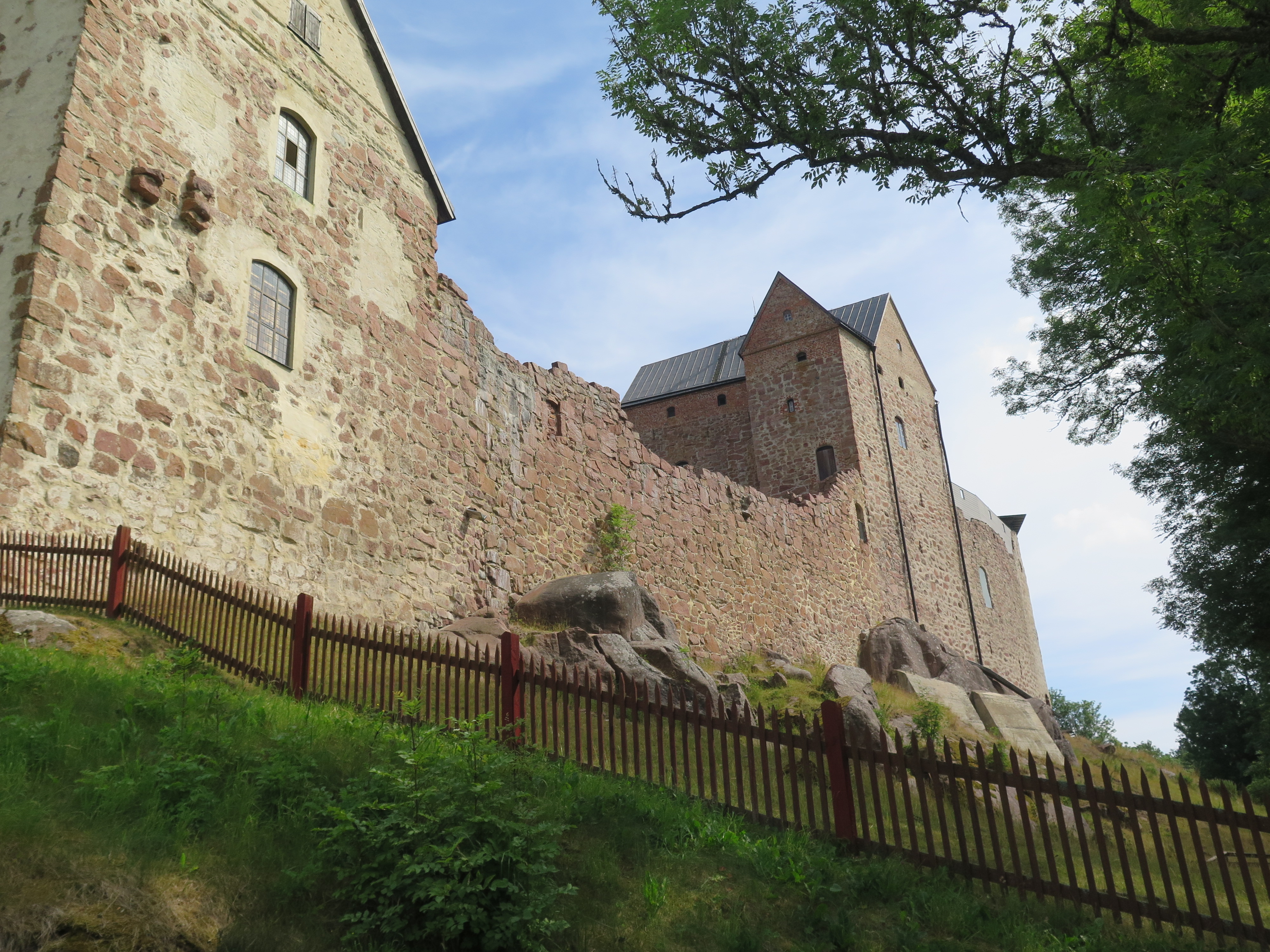