From Rosala, we decided to head due west. We managed to sail for around two and a half hours, but the wind just then died and headed us, so for the next couple of hours we had to motor. The wind then returned, but bang on the nose and through the narrowest part of the channel, so we motorsailed with the main up. For the final stretch to Björkö we headed north west through an unbuoyed section just keeping carefully to the middle and, as we approached the island took the main down. 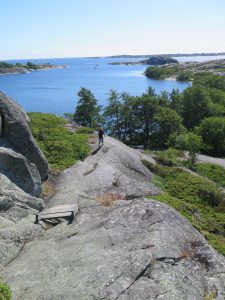 We then headed in very very slowly. The entrance was not difficult, but the pilot book reported a depth at the entrance of 1.8 metres with an allowance of half a metre. Not quite sure what this would mean, we had a couple more destinations available as plans B and C. As we came in the minimum depth we in fact found was around 2.9 metres, so plenty and in the event, there were much bigger boats than us as well. We knew that there were various possibilities for mooring and initially looked at anchoring in the bay. This would have been quite possible, but with depths around 11-12m, it would have meant quite a bit of chain, so we had a look at the other spaces. We saw quite a nice space in between a couple of other boats and with encouraging shouts from one of the Finnish boats, we decided to moor against the rocks for the first time. We dropped the stern anchor as we came in in about 10m of water and then edged in with directions from the helpful boat next door. Apart from one woman nearly falling in the water as she grabbed our line, it was surprisingly uneventful, but it is nevertheless disconcerting to see your bow around a foot from the rocks. We thought that things were quite tight at that stage, but boats kept arriving and squeezing in for the rest of the afternoon, though the final few did have to anchor off.

Even with all these boats the bay didn’t feel too full and the Finns all took barbeques ashore to cook for the evening. In the meantime, Anne and I wandered round to the inland lake and, on the advice of the next door boat who said it was warm, went for a swim. We soon realised that they had said ‘warmer’ – an important difference! Once in for a while it was very refreshing though and later in the evening we went for a walk right round the lake. The rocks and rock formations were quite unique – a really beautiful place.

Cleaning leaves off the bow of the boat in the morning was a new experience though. 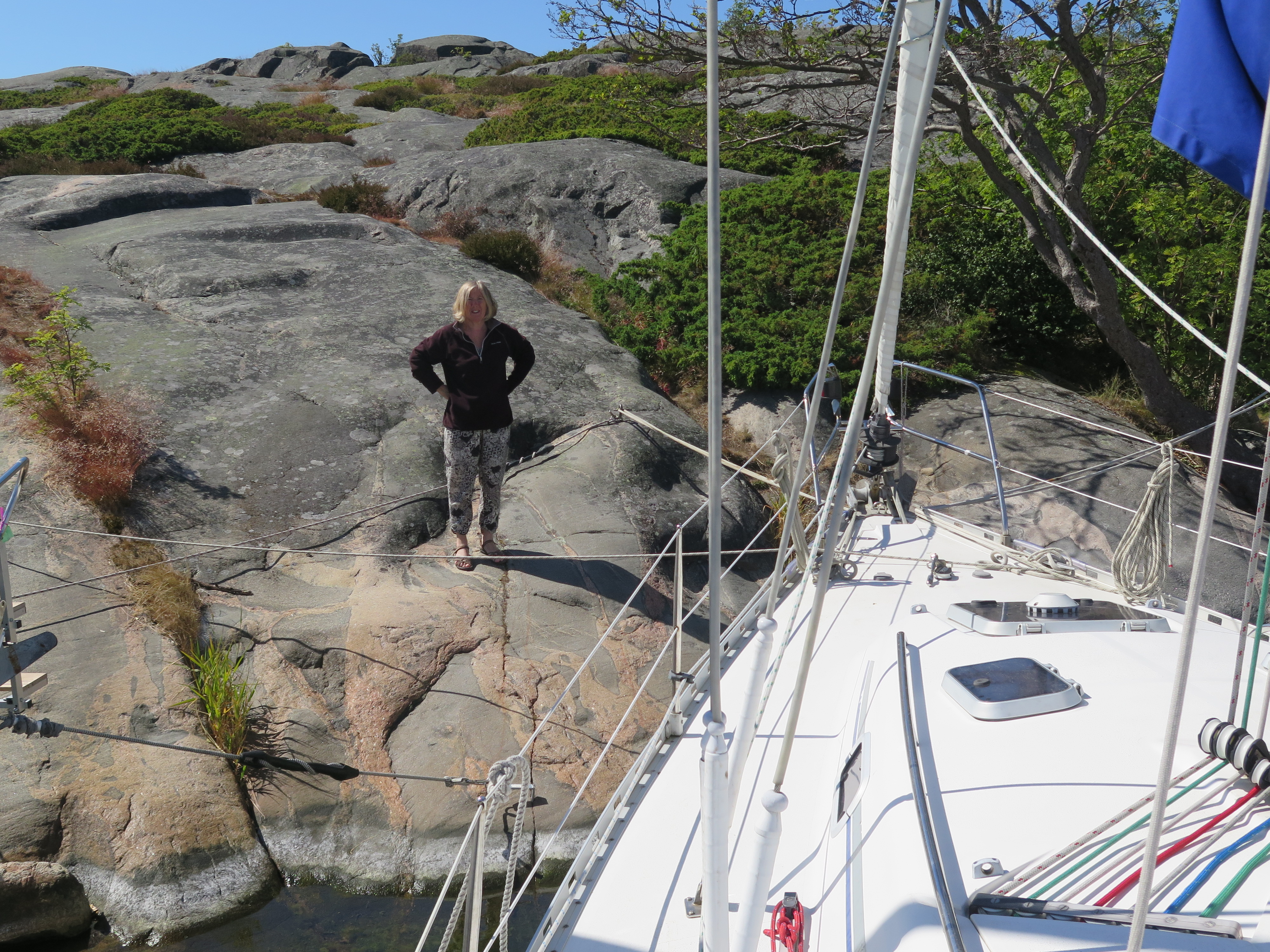