Rather than head straight to Hanko, we decided to take a short(ish) diversion today up to Tamisaari (or Ekenäs as it is known in Swedish). The Swedish name is clearly important as the town is bilingual with 81% of inhabitants speaking Swedish and 17% Finnish. Quite what the other 2% speak is not clear! The wind was fairly light and we did manage to sail for around 50 minutes, but the rest of the time we had to motor with the wind more or less on the nose. For the final stretch north up to Tamisaari, we could have sailed but there was only about 5 knots of wind. We arrived in time for a late lunch and spent the afternoon exploring the town and stocking up.

The town has a population of around 15,000 and the old town is a nice place to wander around with old wooden buildings from the 19th century. The houses are clustered around a beach a few hundred metres from the guest harbour. Alongside the guest harbour and very prominent on the route in is the restaurant Knipan. This is built on stilts into the harbour as apparently, at the time it was built, only one licensed premises was allowed on the ‘soil of the town’. If the soil is under water, then clearly this doesn’t count. Street names such as the Hatter’s Street (Hattmakaregatan), Linen Weaver’s Street (Linvävaregatan), Cloth Weaver’s Street (Handskmakaregatan), Smith’s Street (Smedsgatan) and Tanner’s Street (Garvaregatan) show the heritage of the area which was populated by skillful craftsmen.

We took the northern route from Elisaari through Box and the final part took us through the Ekenäs Archipelago National Park. This was established in 1989 and covers 52 sq km. It mainly restricts landing on islands to protect birds nesting there which include white-tailed eagles. There are apparently also moose living on the main island Älgö, but they were certainly very shy today. 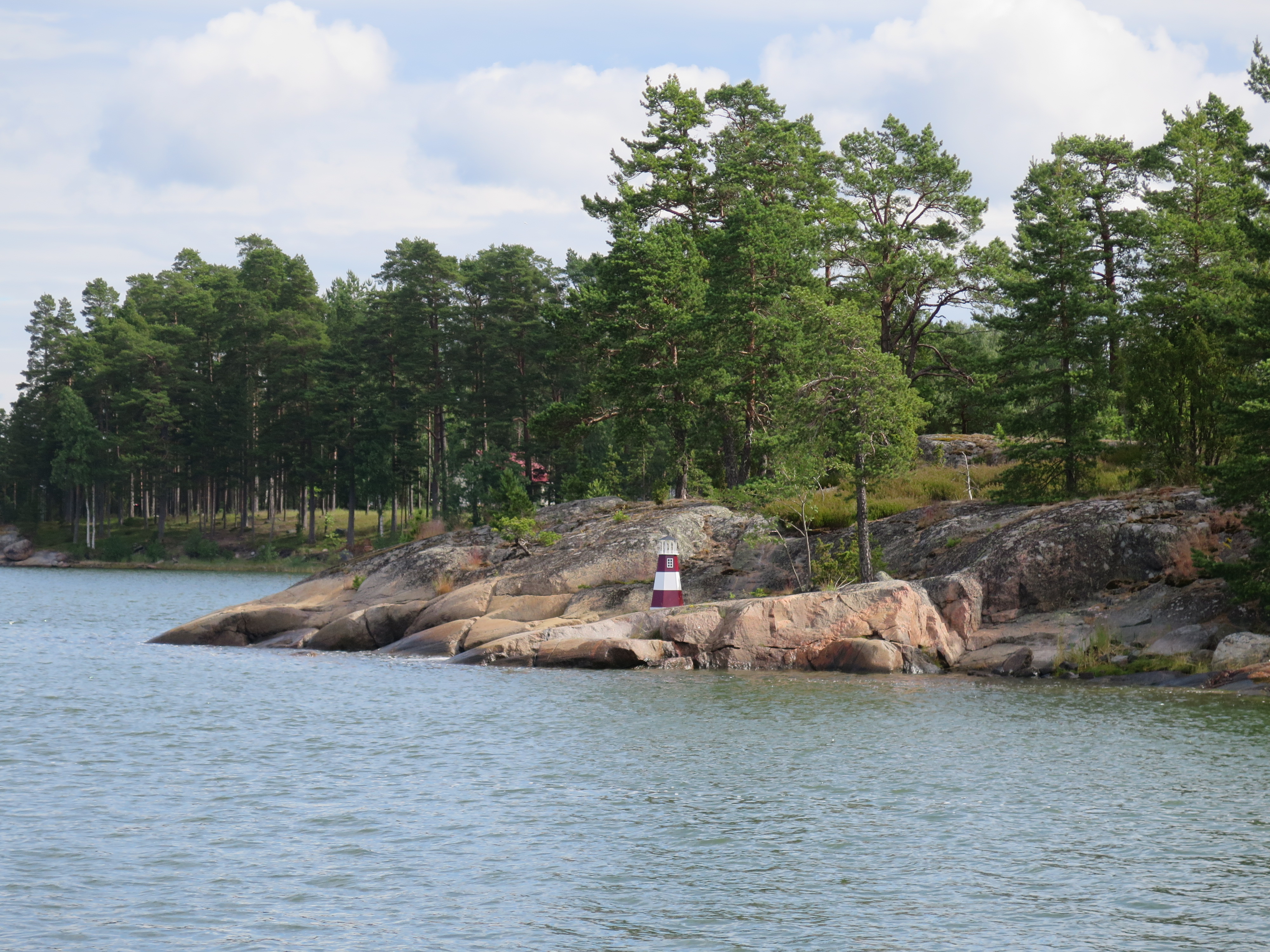