One of the main attractions of Docksta is not the E4 road which runs past it, but the Skulesberget mountain just down the road. This is part of the Skuleskogen national park, which in turn is part of the UNESCO World heritage listed High Coast. In Alpine terms the High Coast is a misnomer as it isn’t very high (though when you climb the hills it doesn’t feel that way!). The key aspect of this area is the land uplift which has taken place since the Ice Age. During this time, the area was covered with over 3km of ice. This weight compressed the rock and once it started to melt, the land started to bounce back and back and back …. Skuleberget for example was just above water (around 11m above the water) when the ice melted. Now it is 295m above sea level and the land is still rising at around 8mm per annum. So, in another 625 years, Skuleberget will be over 300m above sea level. I’ll put a date in the diary to come back and climb it again.

I say again, as that is what we spent our morning doing. From Docksta gasthamn, you have to follow the main road for just over a kilometre, but then you turn inland and after around another kilometre turn into the forest and start climbing. It took a while, but it was a beautiful climb and the view over the rest of the High Coast was stunning. Sadly we arrived shortly before the cafe opened and, while we were tempted by taking the chairlift down, when we looked at the price, we decided to keep the 100kr each and walk down instead.

Just before lunch we then headed off from Docksta and round the back of Mjalton island, past the fish farms (the first proper ones we had seen) and on to Trysunda. At Trysunda we moored at the gasthamn to a stern buoy along with just one other boat. A total trip of 19.3 miles. To see our track, follow the link below:

Trysunda was originally founded by fishermen from Gavle in the 17th century. At the time there were three channels to enter the harbour – in other words ‘three sounds’ – hence the name Trysunda. The land uplift means that there is now just one entrance – the one we came in. It is a little exposed to the south, but with relatively light conditions, we had a very comfortable night.

The chapel on the island dates from around the 17th century, but the real distinguishing feature is the wall paintings. We managed to look at them as the key (a key which looked more like it should open a haunted castle) was hanging on a hook outside the chapel – they are very trusting in this part of the world. The chapel itself was beautiful and well worth a visit. It is thought that the paintings were done in around 1711. At the time Trysunda was made a naval base (ships were smaller in those days) and the painter was probably a craftsman from one of the ships. The paintings were restored in 1933 after they had been covered with fabric in the 19th century. 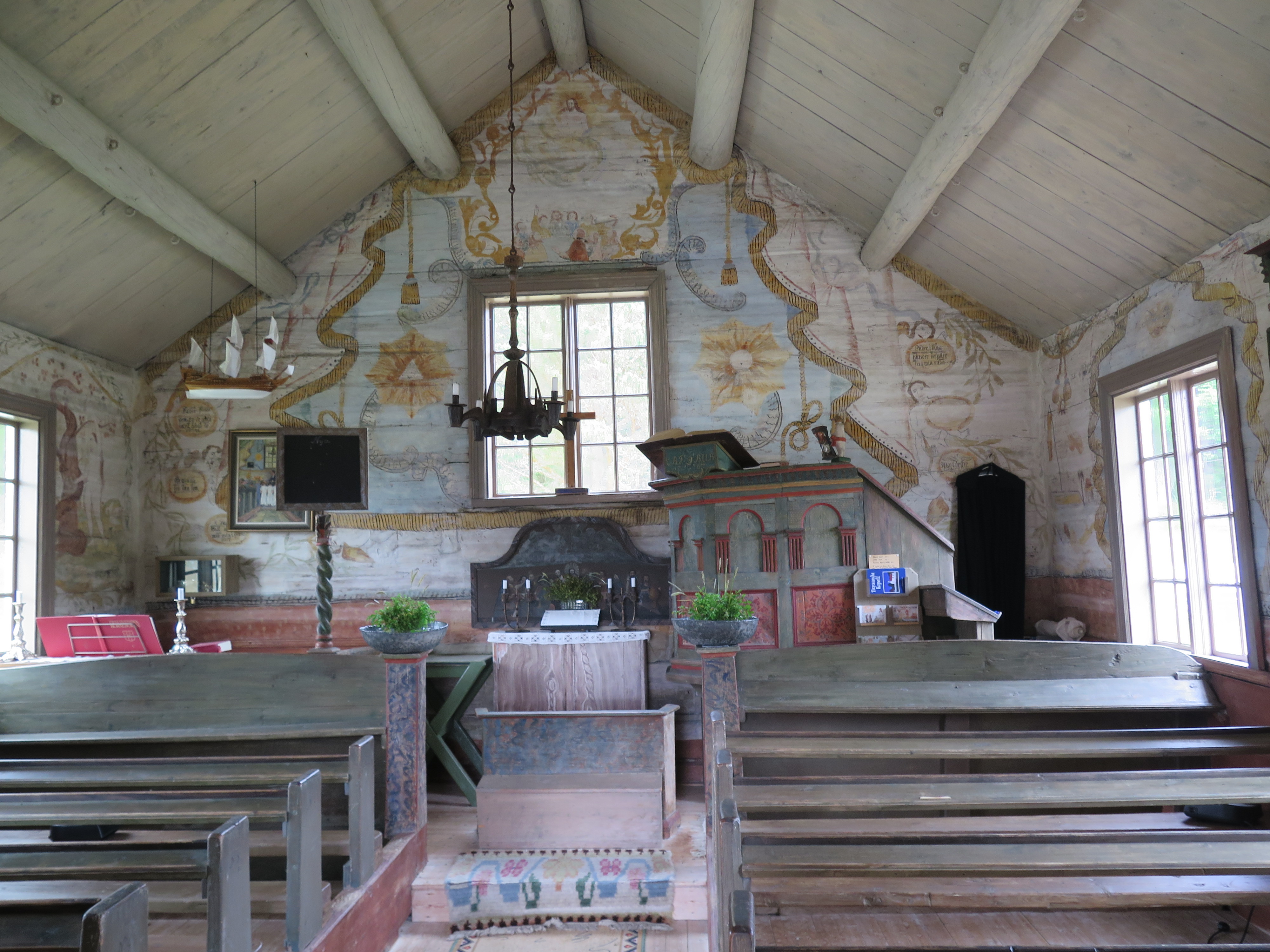 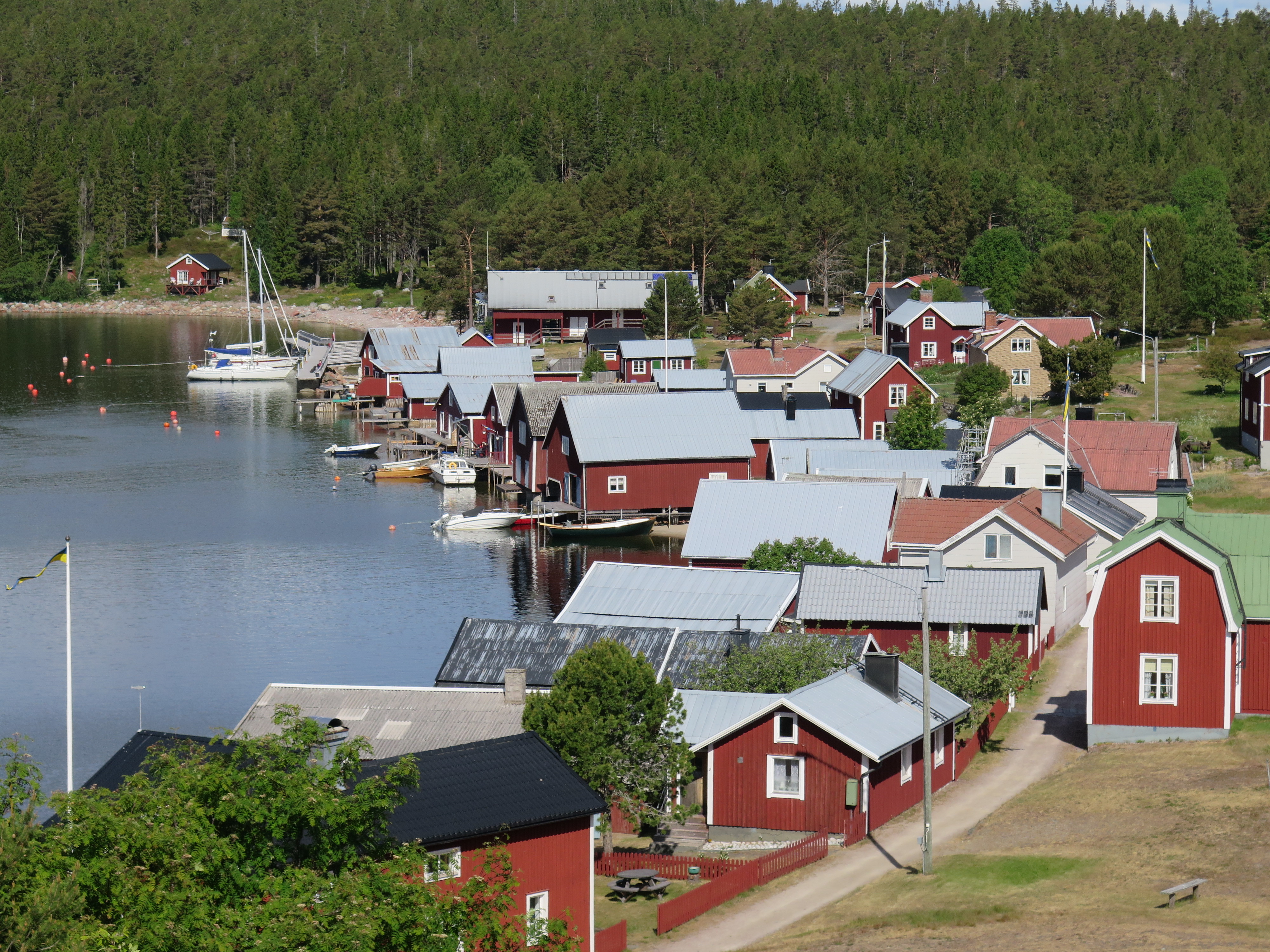