With a more promising forecast (still from the north), we finally decided to leave Öregrund this morning. With a 40 mile passage to Arholma we left promptly at about 06.45. We had to motor for the first couple of hours down through the channel between the islands but the wind then came in nicely and we then sailed all the rest of the way. From Svartklubben lighthouse to Arholma was more or less dead downwind, so we poled the jib out and with around 15-20 knots of wind we made good time making over 6 knots over the ground most of the way. We took the jib in as we got to the north cardinal on the tip of Arholma and motored the last couple of miles. It was easier to negotiate the channel in under engine rather than dead downwind. The anchorage was a lot busier than the last time we were here, but still plenty of space. We did though spot another British boat and I recognised the name – Constance. She is Tom Cunliffe’s boat and so I decided that anchoring downwind of her was the best way to avoid being the subject of a future Sailing Today column. Dragging anchor into a yachting journalist’s boat would not be the best thing to do. In the event, we didn’t drag anywhere, but he did come over for a cup of tea and him and his wife joined us later for a drink when Airborne arrived and came alongside. To see our track, follow the link below:

In the afternoon, Anne and I went for a walk around the island. 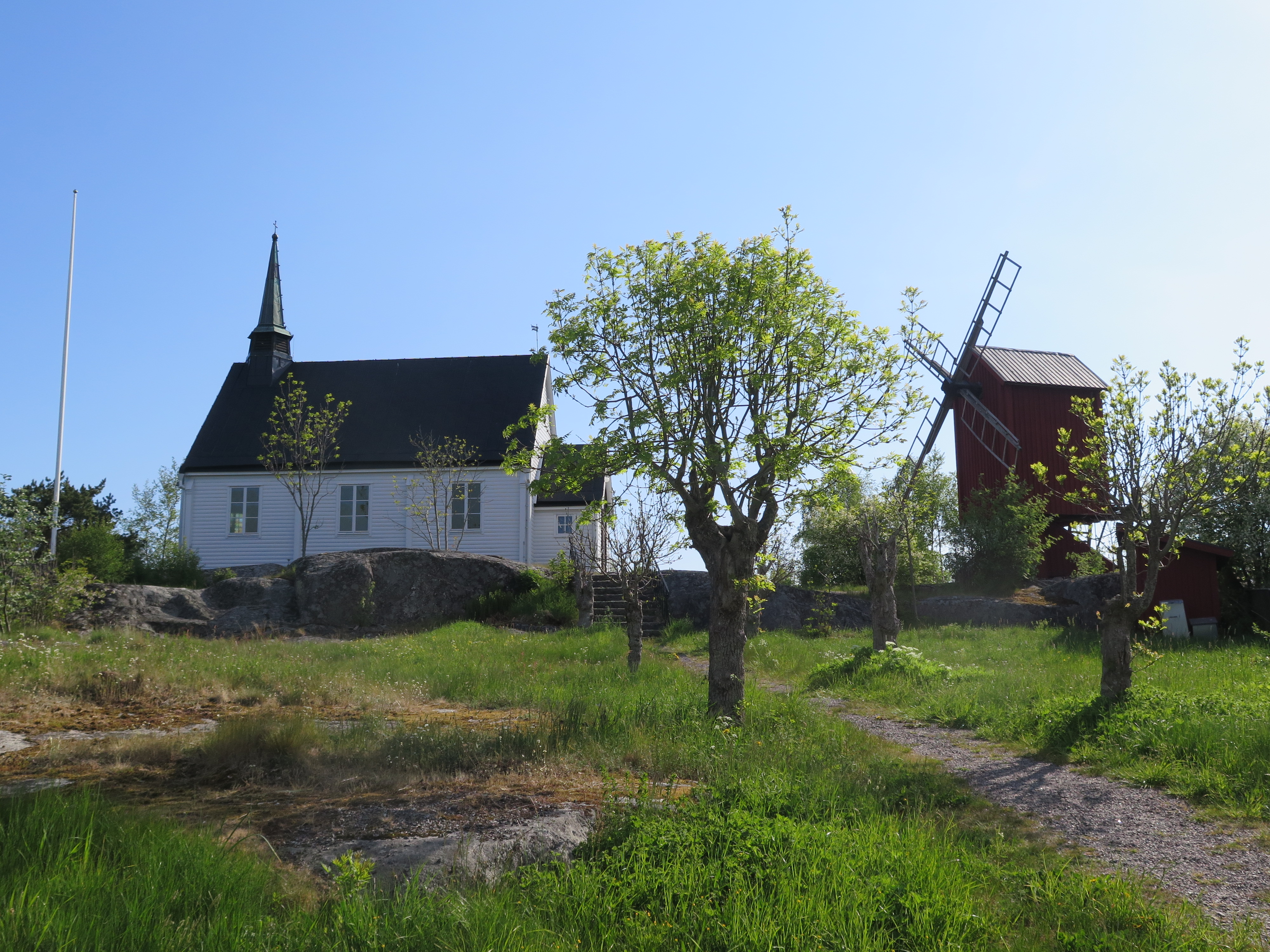