We had meant to have another early start this morning, but, for a change, Airborne had beaten up and were long gone heading south. Constance was also long gone and even at 07.20 when we left, the anchorage was emptying fast. We headed out of the south channel and across to the main channel down to Kapellskar and as soon as we were out in the main channel we managed to roll out the full jib with around 17 knots from the north. We made good time down and round the corner at Kappellskar and the vague plan was to head to Vaxholm down the main channel. This meant a couple of delays as we avoided ferries and cruise ships – it is a busy channel and we decided to meet one at the small gap at Furusund, so we had to linger a while to let him through. However, as we went past Siaröfortet we thought we would have a look at the small guest harbour. We had read that it was only sheltered in northerlies and north easterlies, but given that that is what we have, we made a snap decision to stop there. It is busy with day trippers to the fort and by evening the gasthamn was full, but it is sheltered and while a small island, it is intriguing. At the hostel (which is the converted barracks) we asked about whether they would be showing the England/Sweden World Cup match and since they are, we decided to stay for a couple of nights. To see our track follow the link below:

Siaröfortet was built around 1916 when they decided to created an extended line of defences for Vaxholm fortress. However, it wasn’t finished until 1924. The fort is built into the rock of the island and it is called Siaröfortet as it was originally meant to be on the island of Siarö next door. In fact, it is located confusingly on the island of Kyrkogårdsön – so called because there is a cemetery for cholera victims on the island. The fort is covered with concrete to a thickness of around four to six metres and was designed for around 250 soldiers to man it. The main guns on the fort seemed to sum up the approach to its building as they were taken from HMS Svea – a gunboat from 1885 which no longer needed its guns. However, it was never really manned properly in peace time as it was considered too damp to be habitable. By the time the second world war broke out in 1939, it was out of date anyway, and, while it as used occasionally for military exercises until the 1960s, it gradually fell into disrepair until taken over by the State Property Agency. it is now a tourist destination, and, as we have seen, popular with small boats. 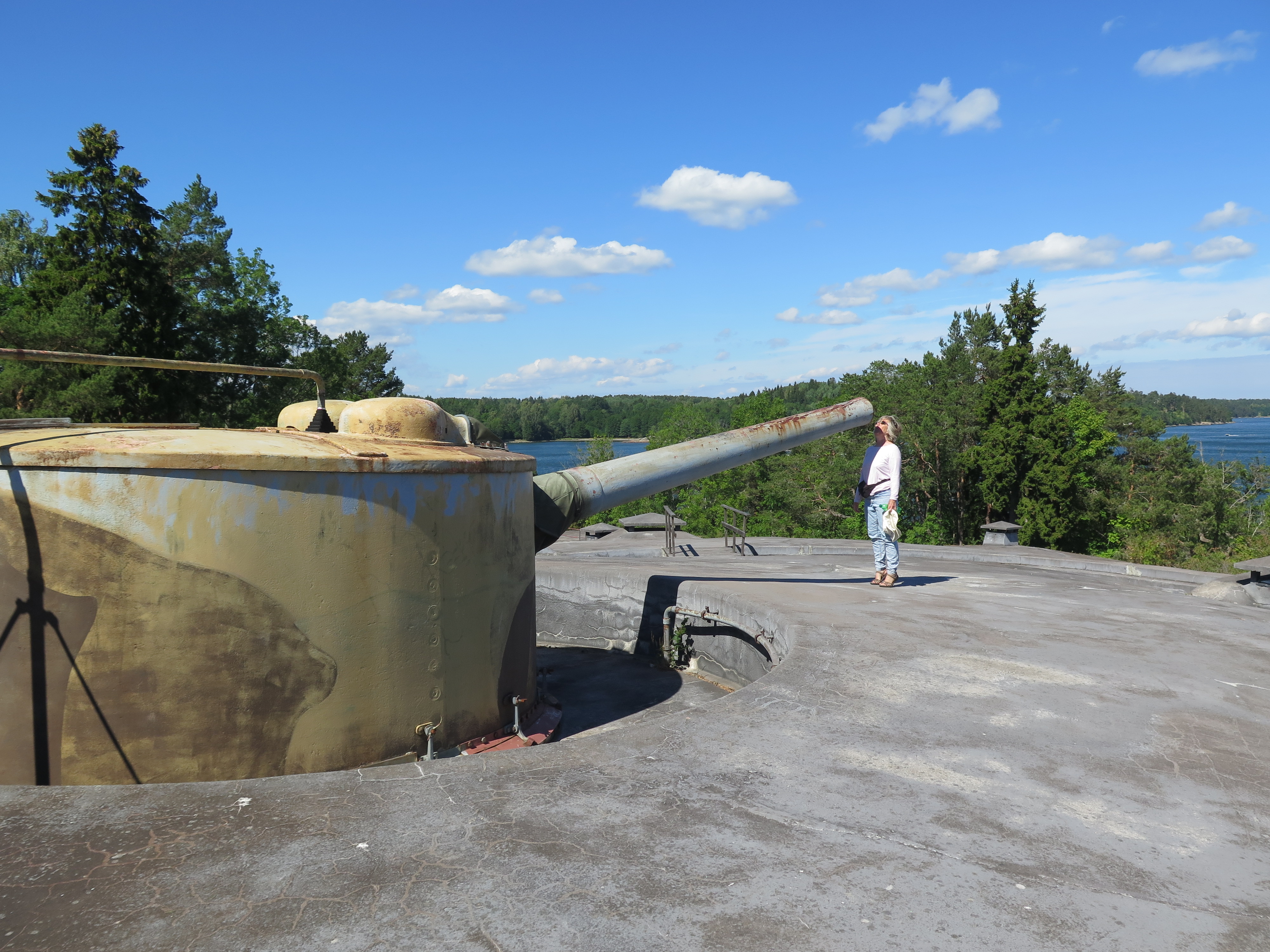