An early start this morning. With few harbours between us and Stockholm, we decided to make the most of the northerlies and head all the way across to Öregrund. While we could have stopped at Gävle or perhaps Björnsundet (as we did on the way up) we decided that a straight trip to Öregrund was best to get ahead of the windy weather coming. So, we dropped Airborne’s lines (they were alongside on the buoy) at 04.55am to head across. We did have to motor for around an hour and a half, but the wind quickly filled in once we got further out and we soon had around 15-18 knots. Under full sail and on a beam reach (the wind was in the NE), we made good time. However, it was still a long way. The first waypoint at Björnsundet was over 35 miles from the start and then we turned and headed down towards Öregrund. The sea did calm a little on the final approach, but with the wind gusting at 24 knots, we were still making rapid progress, albeit under main only for the last stretch. We finally made Öregrund at 2pm – quite a bit quicker than expected having logged 64.6 miles. To see our track, follow the link below (though this starts a little way off Kusokalv as I forgot to press ‘start’ initially!): 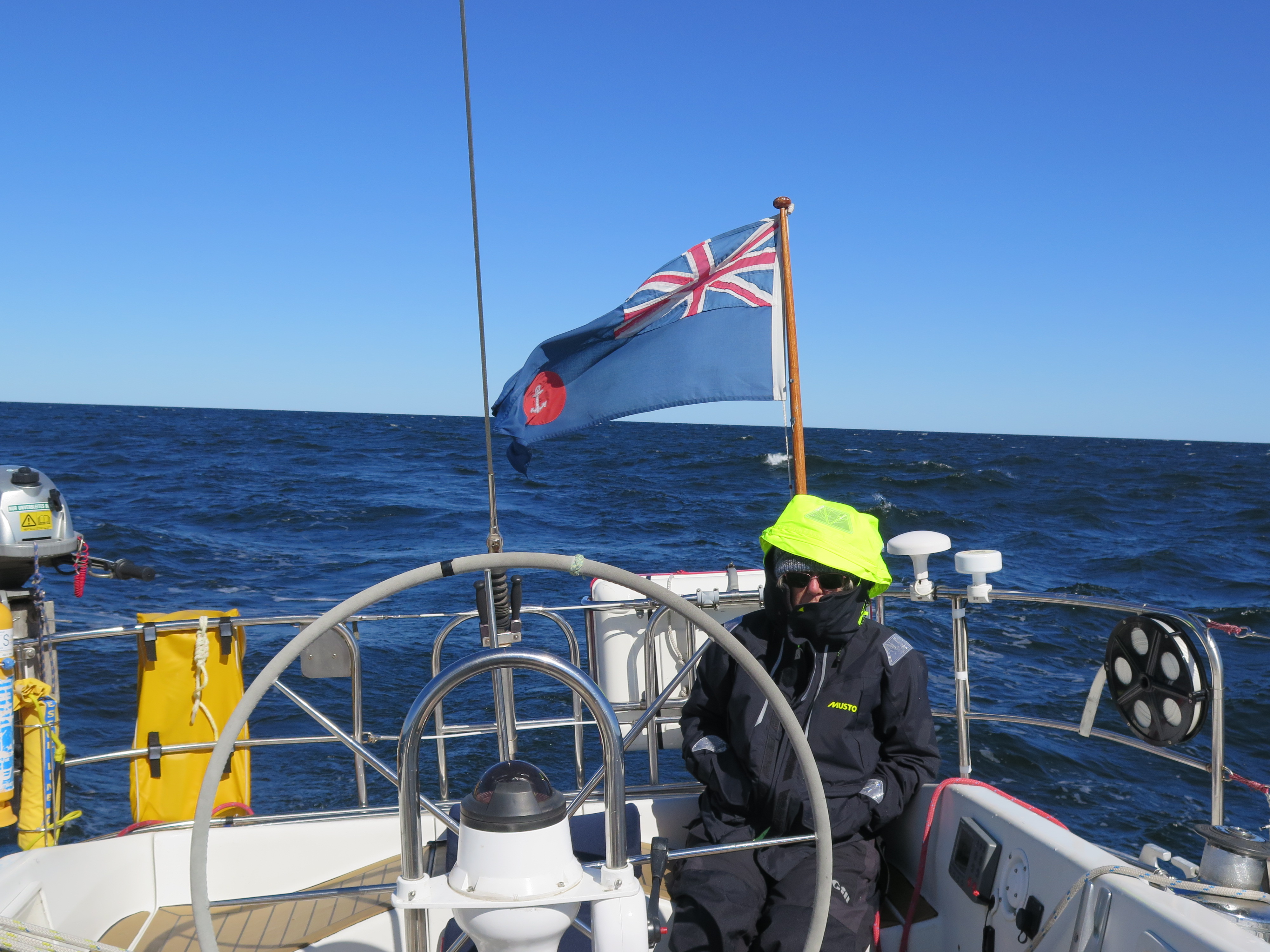